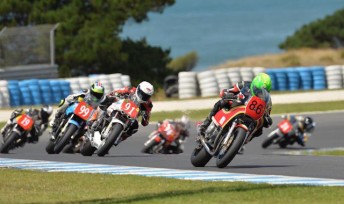 MEDIA RELEASE: Everything old is new again, and the adage extends even to motorcycles.

In its 23rd year, over 340 riders from across the globe, with more than 520 racing bikes in tow, will descend on Victoria’s motorcycling island mecca to race, ride and retell tall tales and true about bikes. 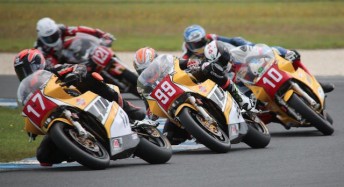 It’s a celebration of all things vintage. Treasured bikes over six eras of motorcycle racing – some manufactured as far back as 1919 through to more recent 1990 models – will race the Classic.

And it’s not only the bikes that are vintage! Some of the competitors are classics too, boasting classic careers and classic performances on tracks worldwide over the past decades.

No matter their age, every rider is raring to go.

Many are retired international and national riders desperate to satisfy their eternal need for speed with an annual dose of intense Island Classic competition. 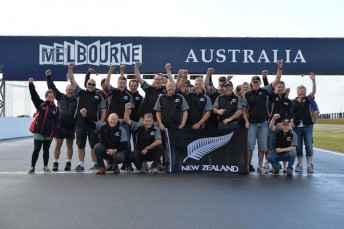 With a tonne of talent and experience, and old rivalries still bubbling, the riders always deliver sensational, hard fought racing. But in the paddock, the atmosphere is relaxed with everyone keen to relish in a common love of bikes, bike banter and island chatter.

And in good news for fans, the ticket pricing is even vintage, with a three day pass purchased at the gate at $80; Sunday only $55; Saturday only $45; Friday only $25. Gates open 8am each day, with racing from 9am-5pm.

Want to camp ? On-track camping is a mere $75 for two nights and just $90 for four nights under the stars! Entry at gate one, 24 hours a day from Thursday night. 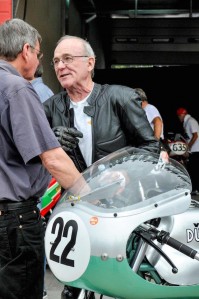 Teams of eight will race over four six-lap races on the 4.445km circuit, as Australia attempts to regain the trophy won for the first time by the UK in 2015. Until then, Australia had won every International Challenge since 2005.

Craggill has just passed the big five-o — his birthday was on December 18 — and he wanted to “do something exciting” to commemorate the half century.

“When I was offered the ride I said ‘why not’, and the added motivation is that my children, now aged 14 and 12, have never seen me race, so this was the perfect opportunity.”

America and New Zealand will also front with stronger teams in 2016, while Ireland is the fresh face with a huge challenge ahead of itself: only two of its squad have past experience around Phillip Island.

America has drafted two AMA regulars, Pat Mooney and Nick Ienatsch, into its squad, while New Zealand captain Graeme Crosby, still smarting from his team’s last place finish in 2015, has told his troops that that “peacekeeping roles are out the back door this year” and he “wants to see them ride hard and bring home the bacon”.

As well as the team component of the International Challenge, the rider who scores the most points is awarded the Ken Wootton Perpetual Trophy, won in 2015 by Ryan Farquhar and before that Shawn Giles and Jeremy McWilliams had two wins to their names — including a tie in 2014.

In addition, the Phil Irving Trophy is awarded to the rider who accumulates the most points across the multitude of other classes, and past winners include Wayne Gardner and Cam Donald.

There’ll be three special guests at the Classic – former racer Paul Smart and chassis gurus Steve and Lester Harris – and the trio will be interviewed across the weekend by motorcycling historian, MC Alan Cathcart.

ABOUT THE CLASSIC
The Island Classic is a celebration of history; a nod to two-wheel engineering feats all the way back to the turn of the 20th century. Racing is held across classes ranging from pre-war to period 6 (up to 1990), and marques to be represented include AJS, Ariel, Harley-Davidson, Indian, Norton, Velocette, BSA, Bultaco, Matchless, Triumph, Vincent, Aermacchi, Bultaco, Laverda, Norton, Ducati and the four Japanese brands, as well as fare from specialist engine and chassis manufacturers.

Fifty-six races are on the agenda – Friday is devoted to qualifying for the six period classes and the International Challenge, with Saturday and Sunday featuring back to back racing from 9am to 5pm.

CLASSIC PRICES FOR THE ISLAND CLASSIC!
Tickets are available at the gate from 8am each morning. Best value is a three day ticket for $80; with Sunday only $55; Saturday only $45 and Friday only $25. Children 15 and under are free.
If you want affordable accommodation and want to camp at the circuit, a four night entry to our circuit camping is $90 per adult; and two nights (Saturday and Sunday) is $75. Children are gratis!