A serious love of power

A serious love of power 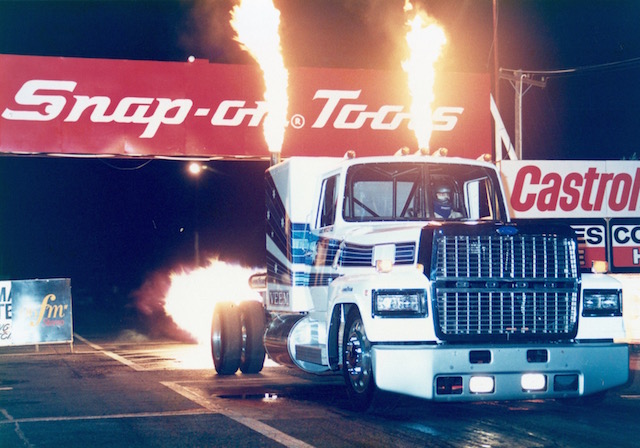 MEDIA RELEASE: There’s one Perth family that has a serious love of power.

Not the boardroom or corporate type of power, but the earth-rumbling intense kind that vibrates through your chest leaving you wide-eyed and gasping for more.

The kind of horsepower that’s so fierce it registers up to 3.5 on the Richter scale.

The power-hungry are the Miocevich brothers – Mark, Brad and the late Gary who passed away in February this year.

They applied the science developed in their marine, defence and aerospace technology company, Veem Engineering that has airlines and even the Australian Defence Force as clients, to the highest-powered motorsport known to man.

Drag racing. Top fuel drag cars that produce ten thousand horsepower, pull 6G on launch and another 6G when stopping, and can complete a quarter mile (402.336 metres to be exact) in four and a half seconds.

It has as much power as 10 Formula One cars combined – that’s half the grid. Serious power.

Of the ridiculously high-powered drag cars the Miocevich’s have built, the ‘Thunder Down Under’ Jet Truck is the most impressive.

In the early 1990’s, Gary drove the Jet Truck, a Ford Louiseville LTL 9000 with a GE J79 Jet Engine from an F-4 Phantom II Jet Fighter, and today still holds the record for a Jet Powered truck in the southern hemisphere, reaching 323kph over the standing quarter mile.

The record-holding Jet Truck will be at the Perth Speed Fest on December 13 at Perth Motorplex.

On the subject of Motorplex, Gary Miocevich can be credited with developing the venue that has a reputation as one of the leading Drag Racing and Speedway venues in the world. He lobbied the WA State Government for six years to convince politicians that WA needed a world-class facility. Perth Motorplex opened in December 2000.

Designed by Gary who took inspiration from Circus Maximus in Rome, Perth Motorplex has amphitheatre style terraced seating similar in spacing and proportions as it’s Roman counterpart, which creates an electric atmosphere and excellent spectator viewing.

It’s more than just a strip of tarmac; Perth Motorplex also has a dirt speedway circuit, a massive pit paddock, roads suited for rallycross and other driving events, and plenty of open green space.

It holds on average three events each week attracting crowds of up to 15,000 people.

The drag racing dynasty continues in Perth with Gary’s only son Daniel, 30, in the marketing manager’s seat at Perth Motorplex, a venue owned by the State Government and managed by Kwinana Motorplex Pty Ltd, a company that includes Daniel and his two uncles as directors.

When asked about his motorsport dream, Daniel wasn’t thinking about hoisting a trophy or stepping on a podium.

“I’d love to see drag racing and speedway become mainstream motorsports. Once people experience ten thousand horsepower and feel the earth move beneath them they are hooked. It really is the ultimate test of man and machine against the forces of nature,” he explained.

“It’s events like Perth Speed Fest that celebrate all codes of motorsport that can help realise my goal of shifting the perception of drag racing and speedway.”

Perth Speed Fest is a festival of motoring and motorsport and a huge showcase of classic, historic and modified cars and bikes that includes a rolling Motor Show by era, rally on a dirt twin track, motocross, sprint, speedway, V8s and Formula One. 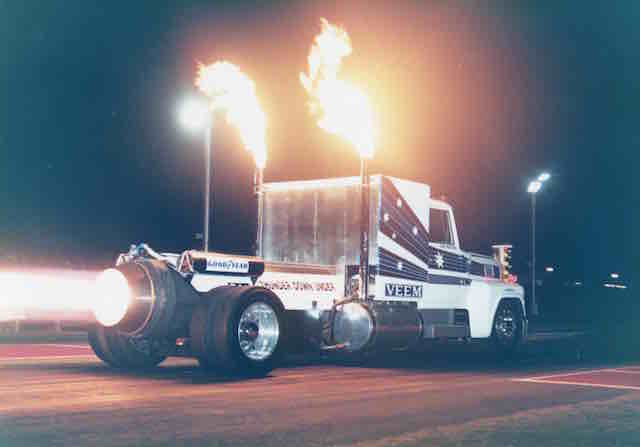 The headline act is the boy from Duncraig with the Colgate smile, Daniel Ricciardo, who is bringing the RB7 2011 world-championship winning F1 car to Perth to race on the customised tarmac three times during the event.

Daniel said that although the Jet Truck had been retired, he, his uncles and crew were in the process of rebuilding it as a tribute to Gary, with testing scheduled for November.

“If we can get the new fuel system sorted, I’ll be jumping in and doing an exhibition fire show at Perth Speed Fest. It’ll be the first time the Jet Truck has run in over 20 years and I don’t care if your ideal day includes high tea and ballet, 20 metre fireballs are awesome in anybody’s books,” the Fremantle resident said.

“I have to say, I’ve been to F1 races, been in a V8 Supercar and nothing compares to standing next to a top fuel dragster and experiencing the energy that is projected from it.

“Drag racing is a highly technical sport and those that do well at it are pushing the limits of engineering within the rules – if more people knew that then more people would appreciate the complexities, and the dangers, of the sport.”

When asked about the danger, Daniel didn’t hesitate.

“Of course there’s an element of danger, but that’s what makes any risk-taking activity exciting – whether it’s base jumping or racing jet-powered cars. If it’s not dangerous, it doesn’t get your blood pumping,” admitted Daniel.

“The other thing I love about motorsport, drag racing and speedway in particular, is that its something the whole family can do together. There are cost effective junior categories in both sports with some exciting developments to come,” Daniel said.

Daniel said that despite his family’s involvement in racing, his father tried desperately to keep him out of motorsport.

“Dad pushed me to get a ‘real’ job, so I ended up doing a double degree in science and commerce at UWA and held sales and marketing roles for companies that manufactured surgical devices and medical imaging equipment after I graduated,” Daniel explained.

“It was great to contribute to people’s health but it wasn’t for me. It wasn’t my passion, so after years of nagging, Dad finally relented and I joined the Perth Motorplex team in April 2014.

“It was timely decision, I’d barely started in the role when Dad got diagnosed with liver cancer and passed away within six months. It was a tough time for everyone but I’m glad I had his blessing to follow my passion, which in turn will keep his memory alive.

“I’m really hoping we can have the Jet Truck ready to make some noise at Perth Speed Fest – it’s an absolute beast, and I know dad would be smiling down on us.”