A new face and fresh look for Jamboree

A new face and fresh look for Jamboree 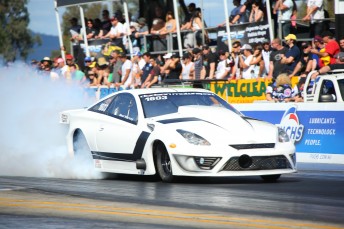 Jamboree has had facelift with an injection of new ideas (Pic: dragphotos.com.au)

Willshire – a successful businessman and owner of one of the nation’s most respected and successful race teams – will work alongside event founder Ray Box, who has worked for more than 20 years to develop the Jamboree into the premier event on the small car enthusiasts’ calendar that it is today.

Willshire and Box said they were ‘stoked’ to combine their professional strengths after many years of mateship and interaction involving excellence in motorsport events and competition.

“Collin’s outstanding experience of more than 16 years in business under the Willshire Enterprises Pty Ltd umbrella and his 15 year success story of Jett Racing means that his experience and know-how is going to be vital to the Jamboree moving forward into the future,” said Box.

“We aim together to expand the Jamboree to feature events in Victoria, South Australia and Western Australia in addition to the existing Queensland (Brisbane) and New South Wales (Sydney) events, while also looking to develop an exciting new car show concept that will be known as Jambo Nights that we look forward to launching in the near future.”

Willshire said it was an exciting time for the Jamboree. 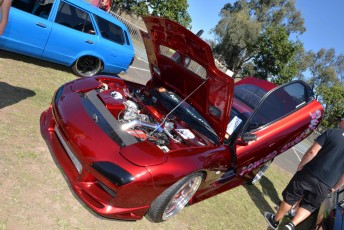 Jamboree is an on and off track entertainment extravaganza (PIC: Dragphotos.com.au)

“Ray has an amazing 25 years of Jamboree management behind him and I couldn’t be happier to be joining with him to guarantee the continual evolvement and success of a modern, innovative and always exciting event for small car fans around the world,” said Willshire.

The event under the new management arrangement will be the much-anticipated J25 in Brisbane on August 29, 2015, where Jamboree marks its 25th year of operation. All details can be found at www.jamboree.com.au or the Facebook event page – 2015 Brisbane Jamboree.