A look at Targa’s most successful marques

A look at Targa’s most successful marques 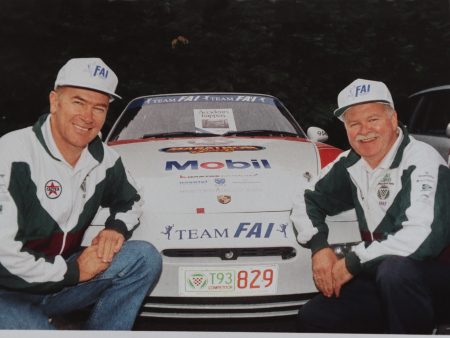 A vast array of the world’s most exotic and rare machinery continues to tackle Targa Tasmania, with the 2019 edition of the tarmac classic taking place from April 29 to May 4 and attracting over 260 vehicles.

In what has become a competitive rolling museum that represents car manufacturing from the present to the dawn of the industry early last century, Targa is the essence all things automotive.

It is a window to the past, present and the future.

Since its inception in 1992, there have been eight different marques which have taken outright honours in the six-day test.

Porsche is the most successful, taking 11 outright victories from the 27 events held to date.

Nissan and Lamborghini are the next best with four outright wins with Subaru, Dodge and Honda each taking two wins with Mitsubishi and Toyota taking respective wins.

In 1994 touring car racer and northern NSW car dealer Andrew Miedecke got the ball rolling for Porsche, claiming victory in a 944.

Incredibly, eight of Porsche’s victories were delivered by the sublime Jim Richards and co-driver Barry Oliver.

Most of the Richards/Oliver triumphs came in the Zuffenhausen maker’s 911 Turbo models with the others in GT3 and GT2 machinery.

Winning the last two editions of Targa in their powerful Dodge Viper, the Whites are now one step away from equalling the Richards/Oliver record of eight outright victories.

Subaru’s twin victories were achieved by Tony Sullens in 2004 and 2007, both in WRX machinery.

Toyota’s sole victory to date came at the hands of its former high flying factory gravel rally ace Neal Bates who together with regular co-driver Coral Taylor took the spoils in a Celica GT-Four.

Mitsubishi saw its only win to date in 2008 with Steve Glenny and Bernie Webb saluting in a Mitsubishi Lancer Evolution IX RS.

The Whites are once again short-priced favourites to claim honours in the GT2 category in their Viper.

Unbeaten in four straight Targa outings since the Tasmanian showpiece event almost 12 months ago, the Whites are the benchmark of the discipline.

However the competition remains red hot in the outright arena with a new player joining the frey in 2019.

Hyundai is taking a serious plunge against the proven tarmac competition by recently announcing a fully blown factory effort.

The maker’s WRC development driver Brendan Reeves will take charge of a i30 N with sister Rhianon Gelsomino as co-driver.

A newcomer to the hot hatch market the i30 N, powered by a two-litre twin-scroll turbo-charged engine that produces 202kW of power and 353Nm of torque, has been critically acclaimed in the motoring world.

Targa Tasmania kicks off with the official start at the Launceston Country Club on April 29.