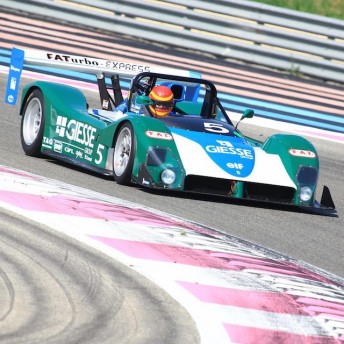 MEDIA RELEASE: This weekend’s Silverstone Classic (29-31 July) will feature the biggest and best gathering of 90s Endurance Legends yet. More than 30 standout sports racers will take to the track on all three days of the world’s biggest classic motor racing festival with eye-catching Ferraris, Jaguars and Porsches very much to the fore.

Exceptional racers will represent the revered Prancing Horse, topped by a Ferrari 333 SP, the glorious V12-powered sports prototype that marked Ferrari’s official return to sportscar racing at the end of the nineties following a 20-year absence.

The fabulous Ferrari 575 GTC Evo is another magical head-turner from Maranello, this being one of only two special ‘Evo’ versions produced by the factory. Adding to the Ferrari fever, two mouth-watering F340s are joining the 333 and 575 at the Classic.

A pair of illustrious Jaguars are similarly certain to be massive crowd-pleasers. Back in 1991, Jaguar Sport created what must be one of the ultimate one-make race series. Just three rounds were staged as high-profile Grand Prix support races at Monaco, Silverstone and Spa for grids exclusively reserved for mid-engined, V12-powered XJR15s. Now, two of these priceless Peter Stevens-styled rarities – as raced in period by Bob Wollek and Tiff Needell – will be back in action at Silverstone a quarter of a century after their first brief appearance.

While these remarkable Ferraris and Jaguars will steal some of the glory, the grid comprises some other true gems including three of the finest GT1s as raced at Le Mans in the mid-nineties: the long-tail McLaren F1 GTR, the Mercedes-Benz CLK GTR and the Porsche 911 GT1. There are plenty of other potent Porsches, too, with a brace of 993 GT2s, four 964 RSRs and no fewer than six 996 GT3 RSs. 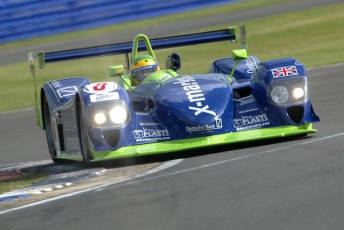 Complementing the mass ranks of speedsters from Stuttgart are a number of rather more unusual racers. Among these is a rare 1992 Maserati Barchetta, a Marcos Mantis GT3, a TVR T400R, a Saleen S7R, a trio of rumbling Chrysler Viper GTS-Rs plus, for the very first time, some stunning sports prototypes. A Chevrolet-engined Riley & Scott MkIII dating back to 1995 will be joined by two ex-works Dallara-Judd SP1s – the basis of Chrysler’s attempt to win Le Mans in 2001.

By any standards, it all adds up to an absolutely awesome array of 90s Endurance Legends, and yet more icing on the already fruity Silverstone Classic cake.

Those wanting to experience the unrivalled sights and sounds of the packed on-track programme at the Classic must buy their tickets in advance with ticket sales possible via the event website until 5pm on Thursday.

Adult admission starts at £42, with £6 admission for accompanied children aged between six and 16-years-old. A wide range of weekend, camping, VIP hospitality and Family Tickets are also available. Adding to the festival’s immense appeal, tickets include free entrance to both racing paddocks, trackside grandstands and live music concerts on Friday and Saturday evenings. Full details can be found on the official www.silverstoneclassic.com website.

Editor’s notes: The Silverstone Classic – which in 2015 celebrated its 25th anniversary – is firmly established as the world’s biggest classic motor racing festival. The epic event attracts more than 1,100 race entries and drew a record crowd of more than 100,000 in 2015.

The spectacular classic car celebration is staged at the famous Silverstone circuit in Northamptonshire, birthplace of the FIA Formula One World Championship and home to the Formula 1 British Grand Prix.

The three-day festival features the very best of historic racing covering more than eight decades of motor sport, as well as live music from iconic rock bands (topped by The Boomtown Rats, Reef and The Stranglers in 2016) and a wealth of family entertainment.