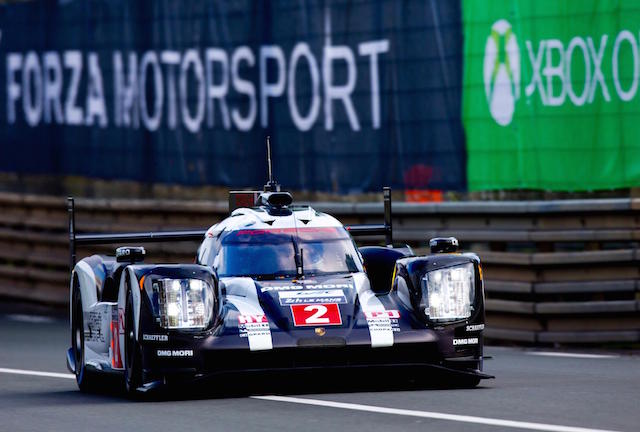 MEDIA RELEASE: The legendary Porsche marque will be out in force later this month at the Silverstone Classic (29-31 July) with special displays, glittering parades plus a predictably strong presence on the race track.

Indeed, a fantastic selection of Stuttgart’s finest road and competition winners are to be shown throughout the three-day extravaganza at the home of British motor racing. Topping the bill is the high-tech 919 Hybrid, the high-tech prototype that has won the Le Mans 24 Hours for the past two years.

There will also be a stand-out circuit parade of the ‘transaxle’ models first introduced 40-years ago and, for those with £500,000 burning a hole in their pocket, there’ll even be a chance to buy one of the company’s rarest and most desirable race-bred road cars.

As an official partner to the world’s biggest historic motor racing festival, Porsche will have a prominent presence right at the heart of the event. It’s here that the company’s record-breaking Le Mans winner will be on pole position alongside a mouth-watering array of current and classic models. These are to include the 16 freshly revitalised ‘transaxle’ cars competing to win the 2016 Porsche Classic Restoration Competition as well as the iconic 1980 924 Carrera GTP 002 Le Mans car which recently underwent a full, painstaking renovation. 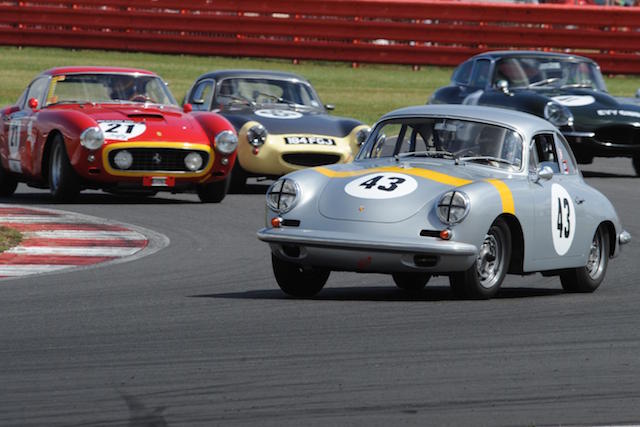 This is a milestone year for these ‘transaxle’ models as it’s exactly 40 years ago in 1976 that Porsche first introduced the front engine/rear transmission powertrain configuration in the 924 and embarked into new territory.

This generation of sports cars deviated far from the established principles of the 911 and were produced until the arrival of the Boxster in 1995. They were a great success during this period, too, selling nearly 400,000 worldwide. The Porsche Club of Great Britain is paying homage to this 40th anniversary with special displays plus a track parade featuring a large number of 924, 928, 944 and 968 models.

Continuing the theme, one of the rarest and most desirable of the ‘transaxle’ breed – a 924 GTR – is one of the star lots at Silverstone Auctions’ Competition Car Sale on 28 July at the festival. Back in 1981, just 17 examples were made available to private customers at a cost of $75,000.

The highly original model coming under the hammer at the Classic has been hidden away in Japan for more than 30 years and comes with an estimated value of between £475,000 and £575,000.

Managing director of Silverstone Auctions, Nick Whale, said: “It’s the 40th anniversary of the Porsche 924 this year and we’re delighted that we’re able to offer what is surely a total one-off investment opportunity and the best available example of Porsche’s ultimate and rare incarnation of the model.”

With its enviable competition heritage, a large number of Porsches will also be much in evidence among the Silverstone Classic’s unrivalled 1,000+ race entries. Both 356s and 911s always feature strongly in the major GT races while 956 and 962 enduro legends which dominated at Le Mans in the 1980s are crowd favourites in the pair of showdowns for Group C prototypes.

Adult admission prices for the Classic start at £42, with £6 admission for accompanied children aged between six and 16 years old. A wide range of weekend, camping, VIP hospitality and Family Tickets – all of which must be purchased in advance – are also available. Adding to the festival’s immense appeal, tickets include free entrance to both racing paddocks, trackside grandstands and live music concerts on Friday and Saturday evenings. Full details can be found on the official www.silverstoneclassic.com website.