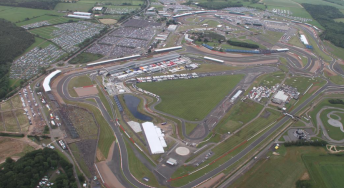 The 12th round of the 2016 FIM MotoGP World Championship will take place at the Silverstone Circuit in Northamptonshire, Great Britain, on September 2-4 2016.

Octo Telematics has a strong commitment to MotoGP and is the current title sponsor for the Octo Pramac Racing MotoGP team. Octo also has a deep interest in the broad automotive sector.

As the Global leader in Insurance Telematics, connecting over 4m consumers with over 90 global industry partners, Octo is at the forefront of Telemetry technology and has developed the powerful analytics that are transforming the insurance industry.

Whether it’s on the track or the public highways, Octo is constantly improving algorithms that assess contextual driving behavior crash alerts and accident reconstruction, ultimately to make the roads safer.

Fabio Sbianchi, CEO, Octo Telematics said: “Octo is an international business with a strong interest in the innovative UK market, so we are delighted to be renewing our sponsorship of the Octo British Grand Prix.

“Telematics technology has a key role to play in international motor sports, but it’s also important for every driver and we’re proud of our commitment to delivering continued innovation for the benefit of all.

“We were really pleased to see Danilo Petrucci of Octo Pramac Racing on the podium at Silverstone in 2015 and we are excited about Scott Redding riding in his home GP.

“We are looking forward to another exciting round in the UK and a competitive season.”

Pau Serracanta, Managing Director of the Commercial Area at Dorna Sports, commented: “We’re very pleased to continue our relationship with Octo at the MotoGP World Championship at Silverstone.

“Octo is the global brand leader in telematics and is the ideal partner for the MotoGP World Championship, where cutting edge technology and innovation is so important.”