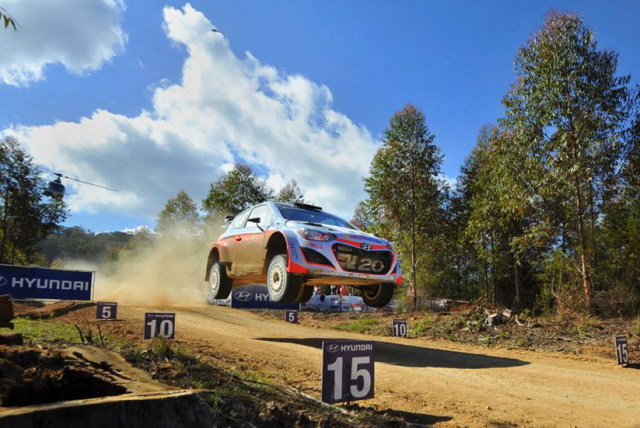 MEDIA RELEASE: Australia’s annual round of the FIA World Rally Championship will be named Kennards Hire Rally Australia after one of the country’s biggest equipment hire companies signed as primary sponsor of the event on the New South Wales Coffs Coast next November.

Kennards Hire Rally Australia 2016 will be the 14th and final round of motorsport’s most challenging global series, which showcases the fastest drivers on gravel, tarmac, ice and snow in cars representing the world’s biggest manufacturers.

Using more than 300 kilometres of shire and forestry roads, Kennards Hire Rally Australia will require substantial amounts of infrastructure to build and equip its competitive stages, spectator areas, competitor service park, international media and television centres, operations centre and other facilities across a wide region around its Coffs Harbour headquarters.

“Kennards Hire Rally Australia is one of only two FIA World Championship events staged in Australia.

“Unlike our circuit-based equivalent, the Formula 1 Australian Grand Prix, the WRC Rally Australia is staged over an area that covers around 80kms from north to south and therefore demands an infrastructure partner such as Kennards Hire with exceptional resources and expertise,” Mr Rainsford said.

“But in addition to their technical partnership, Rally Australia and Kennards Hire are together planning initiatives that will boost public awareness of the event, the WRC and, ultimately, increase spectator attendance next November.

“Rally Australia is delighted to be partnering with Kennards Hire, a family company since 1948 with a network of over 150 branches and online hire in Australia and New Zealand, who have many customers that are active motorsport enthusiasts.”

Mr Simmons added “Kennards Hire are very excited to be sponsoring the WRC Rally Australia for the next two years. Our brand promise is to make our customer’s job easy, so we will be working together with Rally Australia to provide all the equipment necessary to make the event a spectacular success.”

This year’s Kennards Hire Rally Australia will be the 25th Rally Australia and the country’s 24th WRC event (the first event in 1988 was a round of the FIA Asia Pacific Rally Championship).

It is supported by the New South Wales Government through its tourism and major events organisation Destination NSW and by Coffs Harbour and other regional
councils.

In 2015, almost 61 million television viewers around the world saw Frenchman Sebastien Ogier and Volkswagen Motorsport clinch their respective third-consecutive world championships at Rally Australia, against the scenic backdrop of one of Australia’s most popular coastal holiday regions.