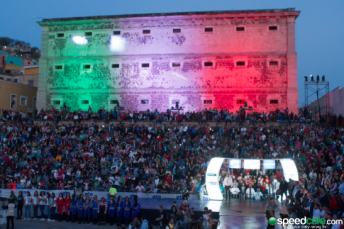 Hyundai achieved its first podium finish with the i20 WRC in Mexico two years ago and Sordo and Neuville finished fifth and eighth overall in 2015.

Ten crews will contest the competitive WRC2 category. Qatar’s Nasser Saleh Al-Attiyah kick-started his campaign in 2015 with victory in Mexico and returns to defend the title he confirmed in Spain last year. But the Ford Fiesta R5 driver faces stiff competition from the likes of Finland’s Teemu Suninen, fellow Qatari Abdulaziz Al-Kuwari and the Eastern European duo of Hubert Ptaszek and Radik Shaymiev.

“We are delighted with the strength and quality of the entry for Rally Mexico,” enthused Event Director Patrick Suberville.

“All the major WRC protagonists will take part and the size of the field enables us to run the complete event with three-minute intervals for safety and to alleviate potential problems with the dust. This will also give spectators an excellent hour and a half of viewing, often on two occasions each day.”

Frenchman Michel Fabre is the lone driver in the WRC 3 category in his Citroën DS3 R3T, but the entry is further bolstered by an impressive group of Mexican drivers, including rally regular Francisco Name and the likes of Javier Ortuňo, Carlos Salas Valdez, Jorge Gonzalez Hernandez and Miguel Medina.