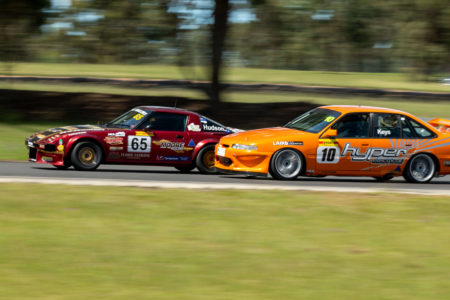 The 2021 Improved Production Nationals Expression of Interest (EOI) window has now closed, and the support that club members have shown for the event, running at Morgan Park Raceway October 3-4, has been outstanding.

“We have had an unbelievable response to our EOI. It’s great to see everyone committing to the Nationals. It shows how great Improved Production is as a category”, said Queensland Club President, Drew Lawrence.

“I need to thank all the competitors who have submitted an EOI for supporting Queensland’s running of the Improved Production Nationals this year, and I think we’re going to see some amazing battles throughout”.

“The EOI has served a great purpose to give us an indication as to the size of the event. We’re looking forward to receiving more entries once they open later in the year.”

The 2021 Nationals is shaping up to be the best yet, with last-minute interest entered from current TCR Australia competitors, Jordan Cox and Michael King.

Cox has entered his turbo Suzuki Swift, ‘Zook’, with King set to run his Evo 8 he has run previously in Improved Production NSW.

“Watching the updates on the IPRA Nationals at Morgan Park and thought I was missing out, lucky I still had a few hours to get the EOI in and seeing who had already expressed interest, FOMO (fear of missing out) was nuts, I had to enter. I would have hated to be watching from the sidelines, I can’t wait”, said an excited King.

There is quite a variety of manufacturers from BMW, Nissan, Mazda, Subaru, Toyota and Honda, and while the majority of competitors are east-coast based (63), there are EOIs submitted from all states within Australia.