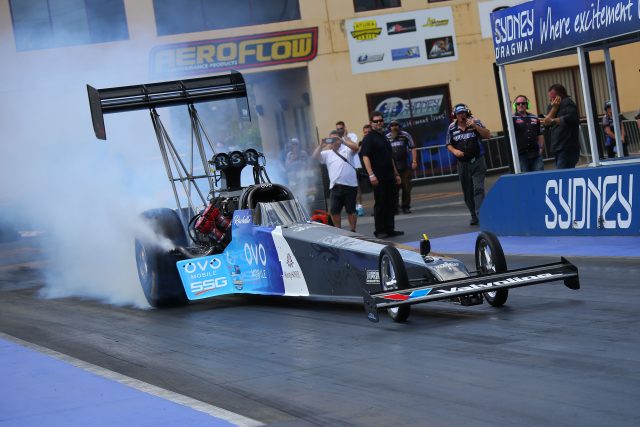 MEDIA RELEASE: The 400 Thunder Series continues to build momentum with another exciting chapter set to be written this weekend at Sydney Dragway.

The Santo’s Summer Thunder, the fourth round of the 2016-17 season, will be the second held with the new All-Run Three Round Format, featuring three exhilarating rounds of side-by-side Top Fuel action.

Coupled with sizeable fields for Pro Alcohol, Pro Slammer and Top Bike, as well as a wide selection of supporting sportsman brackets, the Santo’s Summer Thunder promises plenty of nitro-fuelled action and drama to heat up Saturday Night!

Top Fuel
There are many storylines heading into this weekend, but none bigger than the return of Rachelle Splatt.

The “Queen of Speed” is back after a 10 year exile, and has set her sights on breaking the 300mph barrier on home soil, which would make her the first woman to do so in Australia.

With backing from Ovo Mobile and former John Force Racing NHRA crew chief Ron Douglas on board, there’s every chance that she’ll give the top end of town a run for their money. 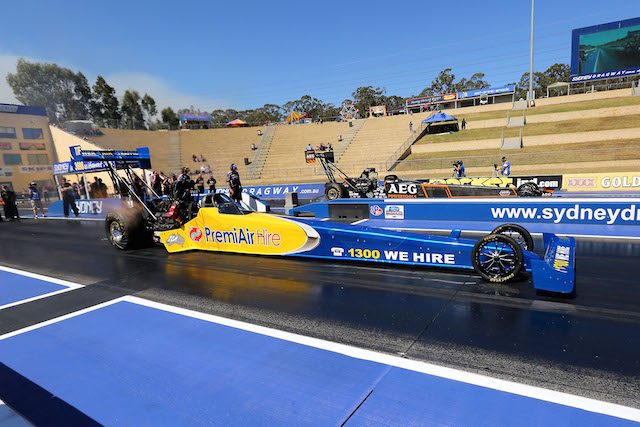 Elsewhere in the field, Peter Xiberras comes to Sydney as championship leader and form on his side, coming off the back of winning the New Years’ Thunder Christmas tree at Willowbank and finishing runner-up at both Top Fuel events at Sydney Dragway in 2016.

Throw the highly-successful Lammatina Racing operation with Aaron Hambridge behind the wheel, and with local racer Terry Sainty in the mix, and the stage is set for a night of unforgettable Top Fuel action.

Top Bike
The Top Bike field is set to be the largest of the season so far, with East Coast Thunder finalists Chris Matheson and Damian Muscat set to engage in battle once again.

Chris Porter will also be out to make amends for his East Coast disappointment aboard his Nitro Harley, while local hopes will be further bolstered by Rod Barchet making his first appearance for the season on his Suzuki.

After months of preparation behind the scenes, Adam Layton will be all set run at the Santo’s Summer Thunder, rounding out the five bike field. 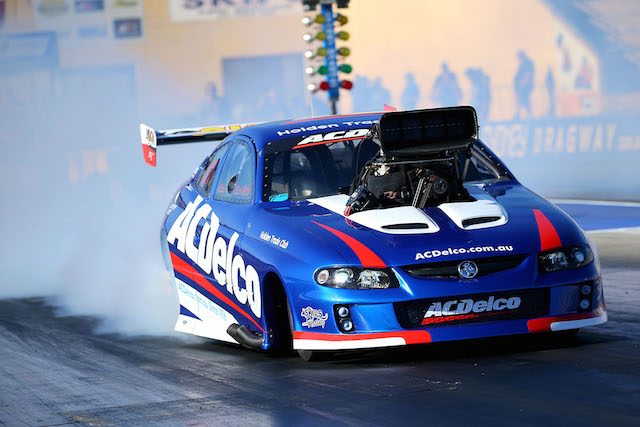 Pro Slammer
In Pro Slammer, another comeback story is in the works at Team Bray.

Both beautifully presented Gulf Western Pro Slammers will be present at Sydney Dragway after being put through their paces up North, and racers and fans alike are excited to see the legendary Victor Bray back in black and doing what he does best.

Alongside son Ben Bray in the unmistakable blue Corvette, the Bray family will be firing on all cylinders come Saturday night.

Mark Belleri meanwhile has been on a tear in Pro Slammer in the AC Delco Monaro, having won the last three 400 Thunder Pro Slammer events, including last season’s Winternationals.

An 8 car field aims to put a stop to his run however, including local racers Jeff Wilson and Geoff Gradden, Lucas Oil-backed racing legend Gary Phillips, category mainstay Andrew Searle and Peter Blake, who is also on the comeback trail after several years on the sidelines.

With the unpredictable nature of the all-run format, any one of these 8 competitors can walk home with the Santo’s Summer Thunder Christmas Tree when all is said and done.
Pro Alcohol
The Pro Alcohol category may be the domain of one Gary Phillips, but it was Steven Ham who walked away with the Gold Christmas Tree and Championship lead after November’s East Coast Thunder.

Phillips and Ham will do battle once again in an all-Funny Car seven car field, and there’ll be no shortage of competition looking to knock both of them off their perch.

East Coast Thunder runner-up Wayne Price is back with the aim of going one better this time around, while Robert Ambruosi is also aiming for victory, complete with increased support from Ausfield Oils.

Tickets are on sale now at www.sydneydragway.com.au

OVO Mobile is the official Media and Telecommunications provider for the 400 Thunder Australian Professional Drag Racing Series. The Santo’s Summer Thunder will be streamed live and data free for OVO customers on OVOplay, and will also be streamed on the OVO Facebook page.