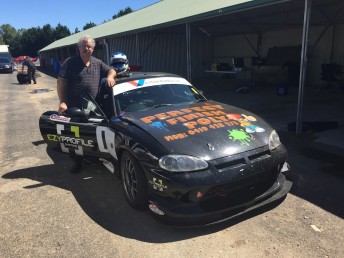 Wakefield Park hosted its first race meeting of 2015, Round 1 of the Motor Racing Australia series today with Modern Sports Cars, Super TT, Superkarts, Minis and Regularity all on the program.

Brian Anderson won the first three Modern Sports Car races in his BMW E36 M3, but mechanical gremlins prevented him from starting the final, which was taken out by Malcolm Cancian, father of regular Wakefield Park competitor Nick.

It was Cancian’s first race meeting in many years, and he was elated with victory.

“It was a lot of fun being back in a race car and good to be competitive, but the last race was certainly hard work!” Cancian said. 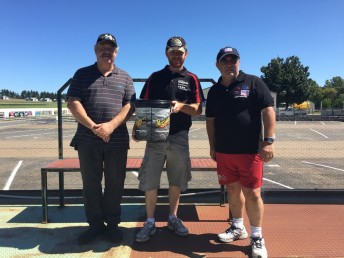 The Mini Series was dominated by defending champion Linda Devlin, who took comprehensive victories in all three races. John Walker was second in Races 1 and 3, but mechanical problems ruled him out of Race 2; Chris Adlam emerged in the runner-up spot.

The non-gearbox class was also a closely-fought affair with Mark Vickers, Wayne Horswell, Ryan Taplin, David Fogerty and Alan Dodge all swapping the race lead on multiple occasions. Vickers ended up winning three of the four races with Horswell victorious in the other.

The next race meeting at Wakefield Park will be the Formula Vee 50th anniversary race meeting on 14-15 February.