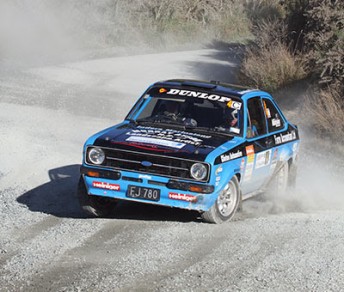 The date for the 2015 Otago Rally has been finalised, with the event to be held from May 8to 10 next year.

The iconic rally will be the second round of the New Zealand Rally Championship, and will again include the popular Drivesouth Rallyfest and the Stadium Cars/Ssangyong International Classic Rally of Otago.

The NZ Championship component of this year’s Otago Rally was dominated by Richard Mason and his Subaru WRX STI, with Australia’s Neal Bates taking a second Classic Rally win in his Toyota Celica.

The Dunedin City Council has increased its support for the South Island-based rally next year, and according to Otago Rally spokesman, Roger Oakley, plans are already well underway.

“Now that the date has been selected, one of our first tasks will be to start discussions with an international driver to headline the 2015 rally,” Oakley said.

“This year’s international, two-time World Champion Didier Auriol, proved very popular, and we are hopeful that we can attract a similar high-profile star for next year.

“Our organising team are well advanced in planning the route for next year, and while many of the iconic rally stages will remain, there will be some new tests for competitors to enjoy.”

For more information on the event, visit the Rally of Otago website at www.otagorally.net