2015 Mahindra Endurance Series shaping up as a motorsport epic

2015 Mahindra Endurance Series shaping up as a motorsport epic 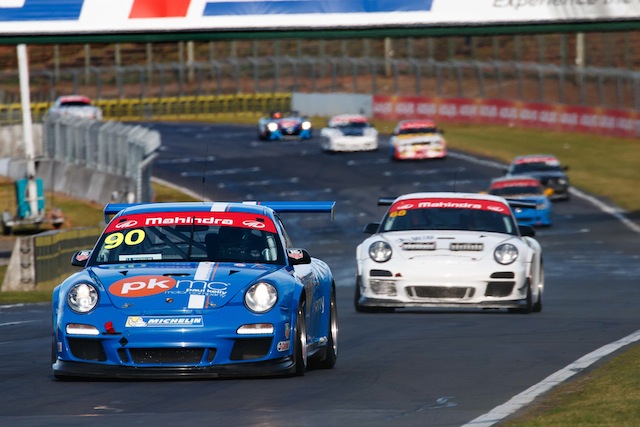 The 2015 Mahindra North Island Endurance Series kicks off in around six weeks, but organisers are already confident of capacity grids based on series registration numbers.

With registrations bulging at the seams, it’s quite possible that all three of the one hour and three / six hour races scheduled for the series will boast capacity or near capacity grids.

The Mahindra series commences on May 30th at Taupo with a one and three hour race, before moving to Hampton Downs and then to Pukekohe. The last two events will also include a 6 hour competition.

Porsche is also well represented in the registrations, with plenty of 996 and 997 machines and a new International motorsport prepared 991 for Andrew and Matt Whittaker.

Other exciting entries from Lyall Williamson’s stable include two International Motorsport fettled Audi R8s – the inclusion of which will be very exciting for fans who have not so far seen this pace setting GT3 car race on the North Island.

Alongside the very nimble and professional leading entries, there are plenty of interesting smaller outfits running some great cars.

BMW, Honda, Seat, Holden and Ford are once again represented in significant numbers, and the Endless Nissan GTR is also down to run after debuting in the series at the final round of the 2014 championship.

Cars from Mazda, Mitsubishi and Panoz. One of the pacesetters in 2014, John De Veth, is also back for another tilt at the series in the Holden Commodore V8ST prototype.

The three round series will begin at Taupo on May 30th, with Round 2 at Hampton Downs on June 27th and the final round this season at Pukekohe on July 25th.

It has also secured MSNZ accreditation so the winner of the series and class winners within the series will secure official North Island Championship titles.

Additionally, the top 20 points scorers in the series for both the one and three hour races will qualify to run in the New Zealand Endurance Championships planned to be run in March 2016.