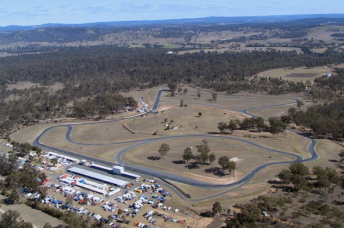 The 2015 Australian Superbike Championship will be conducted over five rounds nationwide, including a return to Western Australia for the first time since 2006 and the new addition of the challenging Morgan Park Raceway in Queensland.

The championship will begin in February as support races at the Australian round of the World Superbike Championships and return to the Phillip Island track, rated as one of the world’s best, for the final round of 2015.

Tasmanian fans will get their chance to check out the excitement of Australian Superbike Championships when the series hits town in September after a planned mid-season break from the cold and wet winter weather.

“We’re excited to release the 2015 ASBK calendar this week; it’s another important step in announcing our plans to the competitors as earlier as possible.” Motorcycling Australia CEO Dale Gilson said.

“We are focused on a number of key components of a refocused Australian Superbike Championship which include – Stability, Consistency, Safety and Fairness.

“2015 will be a rebuilding year for the Australian Superbike Championship. It is important to create a truly national championship that involves riders from club to pro rider level. We want to ensure that our competitors enjoy racing at a MA national level, in a championship we can all be proud of. The Competitors can anticipate well run events from our highly experienced Series Race Officials and the best of care from RACESAFE.”

Mr Gilson said MA is looking forward to working with selected host clubs from across the country.

“We’re very excited to be partnering with the MA affiliated host club in each state and I thank them and their State Controlling Bodies for their support and enthusiasm. Thank you also to the ASBK management team and road race commissioners for their good work so far.

“They have a busy time ahead but with the full support of the MA board and myself behind them I’m confident we can conduct a great championship in 2015 and beyond.”

Australian Superbike Championship Rounds 2 – 5 will return to three day events at each location.

Details on the 2015 classes are planned to be announced next week. Followed by further details including technical regulations, prize money, transport assistance, media partnerships and supplementary regulations will be released in the coming weeks.