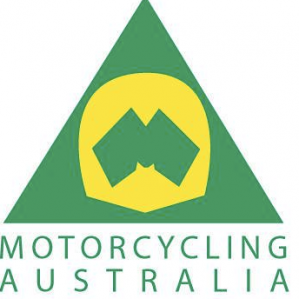 Motorcycling Australia (MA) is proud to announce the young riders who will represent Australia in the 2014 FIM Junior Motocross World Championship to be held in Belgium on August 10.

The full team is as follows:

“All of the riders selected bring a wealth of experience, many who have World Championship experience and have a significant list of results at a State, National and International level.” Macdonald said.

“My aim is to plan as best we can, and manage any curve balls along the way effectively to make for an awesome experience for the whole team.”

Macdonald will provide invaluable knowledge and insight to the Australian contingent, having spent seven years as Team Owner/Manager of the Motorex KTM Junior and Women’s Racing Team, under his guidance riders claimed 54 State & National Championship titles including a World Junior 85cc MX Championship.

“I will be working hard, not only among the group physically, but also in the background to ensure we have a genuine strong team spirit.

“With this, comes great comradery, support and encouragement. Decisions I make, plans we follow all has a bigger picture in mind – not only for each rider personally, but the whole team, giving our awesome young riders an environment for them to flourish so they can have fun and perform at their best.”

Macdonald has worked tirelessly behind the scenes to ensure the young Australian’s have access to world class facilities during their 10 days in Belgium.

“Our preparations have gone well so far, we have secured support for the team, again from KOSAK KTM, a motocross racing team from Germany.

“KOSAK KTM will be supplying a semi-truck with awning and full catering facilities as well as the expertise of technicians and catering for the riders and parents.

“The riders will all be well equipped and we have a test track secured in the lead up to setup the bikes and shake out some of the jitters the riders will naturally feel.

“I believe that this is an exceptional team of riders and I’m really looking forward to seeing what this year’s Championship brings.”

MA would like to wish the best of luck to the Australian team and look forward to reporting positive results from Championship.