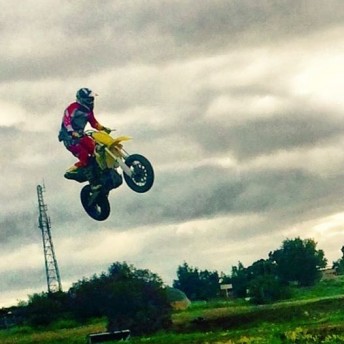 MEDIA RELEASE: The opening round of the 2016 FIM Asia SuperMoto at Newcastle’s Foreshore Park this weekend will see 12 nations represented on the grid for the inaugural international feature races.

Competitors from the United Kingdom, Singapore, Japan, Indonesia, China, Malaysia, United States of America, Spain, France, New Zealand, Taiwan and Australia will converge on the iconic NSW regional centre for the event which includes the running of the Watson Demolition Newcastle City SuperMoto.

For the first time in the history of the championship, Australia will be represented, with Victoria’s Chas Hern and Queensland’s Andrew McLiesh to contest the entire 2016 FIM Asia SuperMoto Championship.

Hern, the winner of the 2016 Barry Sheene Festival of Speed said he looking forward to getting the season underway on home soil but expects strong competitor from Malaysia’s Khairi Zakaria and Muhd Habibullah, who finished second and third respectively in the 2015 FIM Asia SuperMoto Championship.

“I raced SuperMotard in Singapore throughout 2006 and 2007 but since then my focus on road racing,” Hern explained.

“This type of racing is a lot of fun, I am excited to be going back to something I really enjoyed and especially please to be able to to committ to oontesting the whole championship.

“I have spent the past four weeks splitting my training between the motocross track and local go-kart track to get used to the bike on both surfaces.

“This will be the first time I have really spent time in Newcastle. I have checked out the track map online and it looks to be a fantastic location,” Hern said. 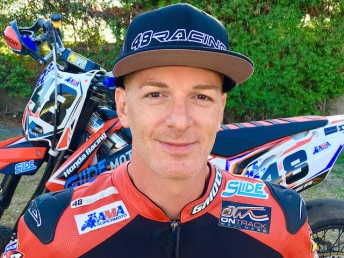 Spectator entry is free and the iconic Newcastle foreshore will provide an incredible backdrop for world-class racing on the purpose built 940m tar/dirt combination street course.

Another competitor making his first visit to Australia is 2015 AMA SuperMoto Amateur National Champion Steve Alkyer who is looking forward to competing on Newcastle’s street course.

“I am really excited to be representing the United States of America in the FIM Asia SuperMoto Championship,” Alkyer said.

“This will be my first visit to Newcastle and I am really looking forward to racing on a street course. I enjoy the close racing it invites and this type of event allows spectators to get up close to the action.

“I am only in Newcastle for five days due to our schedule but I am definitely keen to experience the best parts of the region as well as the racing and coastal views,” Alkyer added.