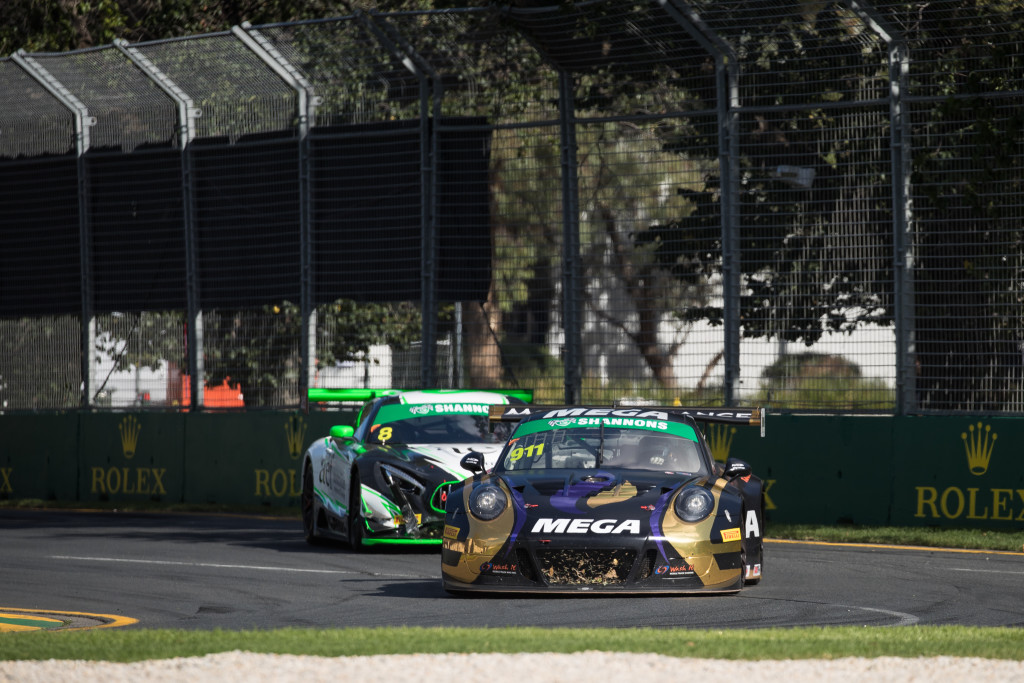 MEDIA RELEASE: Liam Talbot has taken the MEGA Racing Porsche to a 10th placed finish in the penultimate race of the CAMS Australian GT Championship at the Formula 1 Rolex Australian Grand Prix after a spirited fight that lasted the entire 25 minute distance.

Talbot was in a race long battle with Glen Wood and Max Twigg and did his utmost to keep pace with them in the final Professional level race of the weekend.

He started 10th once post-race penalties had been applied from Thursday’s race one.

The Walkinshaw GT3-prepared Porsche 911 GT3 R continued to perform strongly with Talbot feeling the changes that have been worked on throughout the weekend are giving him the racecar to perform and optimise his Championship opportunities.

Tomorrow, Talbot will finish the weekend with the final amateur race where he is due to start from the second row of the grid.

He has conserved his Pirelli Tyres to give tomorrow a major push on the freshest possible rubber.

Tomorrow’s race begins at 11:30am with coverage on Network Ten.

“Today was a great race, we had a good opportunity to try and get Glen in front of me, but I had to weigh up the risk of doing it, so I elected to bank the points that we had on offer.

“Tomorrow we’ve got some great tyres at our disposal, we’re starting up the front and while I’m nervous about starting on the outside, we’re in a good space and we’ll be giving it the maximum to try and come away with a win here at the Australian Grand Prix, which would be a great thing to have on the racing CV!”

WHERE TO WATCH (all day coverage):

Note: No television scheduled for Thursday; Australian GT on ONE and Network TEN only; Supercars races live on ONE, TEN and Fox Sports; check local guides.