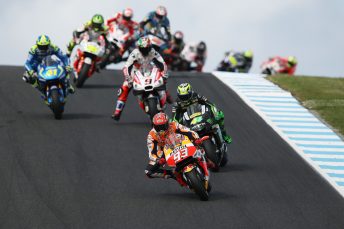 This year’s event has a variety of new enhancements including additional powered campsites, greater vehicle accessibility in rain, hail or shine, wider seating in all grandstands and premium seating in the Doohan grandstand, featuring arm-rests, flip-up seats and drink holders.

“The competition this season has been strong, with only ten points separating the top four riders in the Championship standings, meaning every single race counts,” said Davies.

“For the first time ever, fans can enjoy powered campsites at the Trackside Campground and the event will also have many other upgrades to enhance the experience, including easier parking and seating improvements across the circuit,” he said.

The Australian Grand Prix Corporation is offering fans $20 off selected general admission tickets if they purchase online before July 31, 2017.