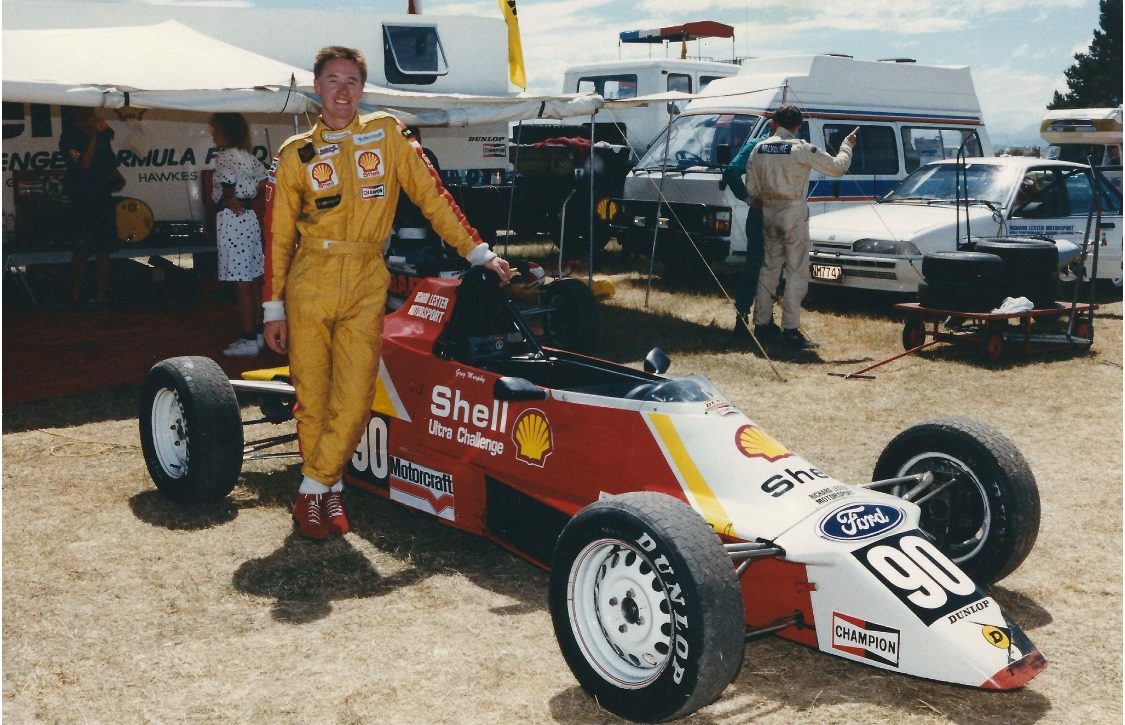 “It should be fun,” commented Murphy.

“It’s such a historic stepping stone for many of our young drivers. The cars are great to drive so I might as well go out and have some fun.”

A 20-car field is expected to compete over the event’s three days of racing, which also doubles as a national round in support of the Toyota Racing Series

“Formula Ford is such a good training ground, particularly for those coming through from kartsport. They are lively cars and the racing is incredibly close,” said Murphy.

“It is the obvious transition from karting and a logical progression for karters who are able to quickly adapt.

“It’s an important category and it’s great to see such a resurgence in New Zealand from all the hard work that people are putting into it and the coverage it is now getting.”

Murphy’s driving career saw him compete in a single season of Formula Ford, finishing third in the 1990/91 New Zealand Formula Ford series, which was won by Andy McElrea.

“I had intended to do more than one season but then ended up in a Formula Atlantic for the ’92 summer,” he said.

In 2023, the younger Murphy will race in Australia in the 2023 Porsche Michelin Sprint Challenge.

Murphy senior comes off the back of a successful drive at the 2022 Repco Bathurst 1000, where he co-drove with 2008-09 NZFF champion Richie Stanaway to a solid eleventh-place finish.

Stanaway shone in rain-affected qualifying to land the Erebus Boost Mobile entry fifth on the grid, with Murphy starting the race in torrid conditions and surviving with an impressive wildcard drive.

While Stanaway has since been named as Shane van Gisbergen’s co-driver in the Red Bull Ampol Racing Chevrolet Camaro for 2023, Murphy saw the 2022 Bathurst event as a more fitting farewell to The Mountain, as he explained to Speedcafe.com on a wildcard episode of the KTM Summer Grill.