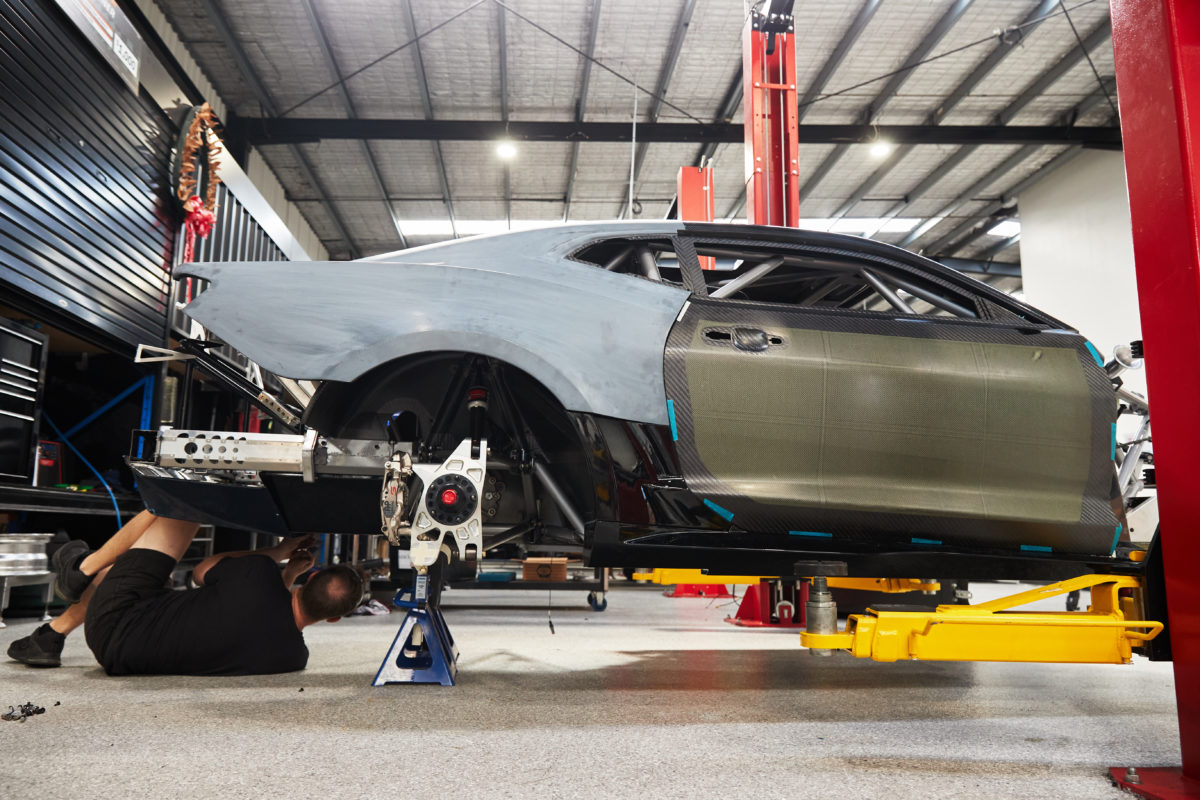 One of Erebus Motorsport’s Gen3 Chevrolet Camaros in the build

The Supercars Commission will meet today for the first time this year, days out from the first scheduled on-track appearance of the new Gen3 race cars.

The Commission, which consists of key figures from the Supercars organisation, as well as team representatives, makes recommendations on matters both sporting and technical to the Supercars board.

Looming among key elements for the season ahead are the proposed shakedown and testing dates for the Gen3 Chevrolet Camaro and Ford Mustang, with teams struggling to complete their race cars in time.

Well documented parts supply issues have hampered teams across both Chevrolet and Ford brands, resulting in Erebus Motorsport boss Barry Ryan dramatically casting serious doubt on whether his team will be ready for the planned February 1 shakedown set for Victoria-based competitors – and in fact is aiming for third date pencilled in at Winton Raceway, which is February 13.

That means that Erebus is unlikely to be ready for the February 7 test date, and it’s looking likely that no cars – apart from perhaps the Blanchard Racing Team Ford Mustang – will be at Winton Raceway on February 1.

The January 30 date is the first planned appearance of Northern-based Gen3 cars on track, with the Queensland Raceway layout the site of the latest Supercars homologation tests earlier this week.

Ford had US-based engine specialist Joe Hendricks at the tests, which commenced last week, working in throttle-mapping of the Herrod Performance-built Ford engines in the quest to paritise the 5.4-litre quad-cam Ford V8 alongside the pushrod OHV 5.7-litre V8 of the Chevrolet Camaro built by KRE Engines.

While homologation teams Triple Eight Race Engineering (Chevrolet) and Dick Johnson Racing (Ford) have a point to prove if they make the January 30 shakedown, it’s suggested that the delays in parts supply that have limited build progress across all teams may mean a Gen3 Supercar in race trim will not turn a wheel on a racetrack anywhere in the country until mid-February.

Last week, the random engine allocation ‘lottery’ for Ford teams was carried out, while the Chevrolet teams’ turn came this week.

Of the Ford teams, BRT appears well progressed with Tim Blanchard telling Speedcafe.com that attending the February 1 Winton shakedown is the team’s goal. With ongoing supply issues, there’s no certainty that the team, based in Box Hill, Victoria, will have its Ford Mustang ready. In the event that it does, it may be the only car on track…

Gen3 is the obvious key agenda item for today’s Commission meeting as the teams come together, with all of them facing significant hurdles ahead of the first race in Newcastle in March.

While there will be discussion of the recent QR Gen3 testing results among many other talking points, the most pressing unanswered question right now is exactly when Supercars teams will have the parts necessary to compete their Gen3 builds  – and when fans will see the cars on track.