Imagery of the #7 McLaren IndyCar livery for 2023

The McLaren IndyCar Team has released imagery of the entry which Alexander Rossi will drive in 2023.

Rossi joins the team after spending his first seven seasons in the category with Andretti Autosport.

The arrival of the 2016 Indianapolis 500 winner makes for an expansion to three full-time entries for McLaren, which retains Pato O’Ward and Felix Rosenqvist.

O’Ward continues to drive Car #5 while the Rosenqvist entry is set to be #6, which was used for Juan Pablo Montoya’s two starts at Indianapolis last May.

Car #7, which Rossi takes over, retains its orange and light blue hues, and also its 2022 engineer, Craig Hampson.

However, the Californian driver will continue to have his strategy called by new McLaren IndyCar General Manager Brian Barnhart, who has also made the switch from Andretti.

In further changes, Gavin Ward has been appointed Racing Director after the departure of President Taylor Kiel, and there will be a fourth car at this year’s Indianapolis 500, for 2013 race winner Tony Kanaan.

The 2023 season is also the first under the ‘Arrow McLaren IndyCar Team’ banner (its full commercial name), as opposed to ‘Arrow McLaren SP’, although the involvement of co-owners Sam Schmidt and Ric Peterson is unchanged.

Rossi, who finished ninth in the 2022 IndyCar Series, has elected to skip this year’s 24 Hours of Daytona in order to enhance his integration into his new team.

He is set to drive the #7 Chevrolet-powered Dallara when IndyCar’s pre-season Open Test takes place at The Thermal Club on February 2-3. 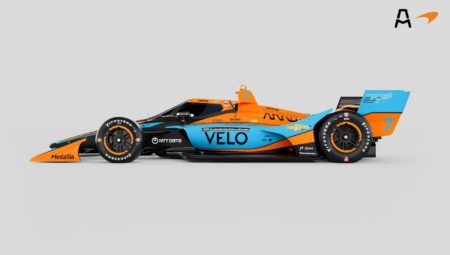 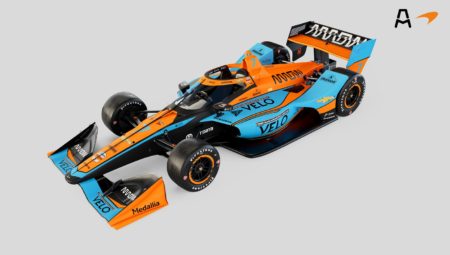