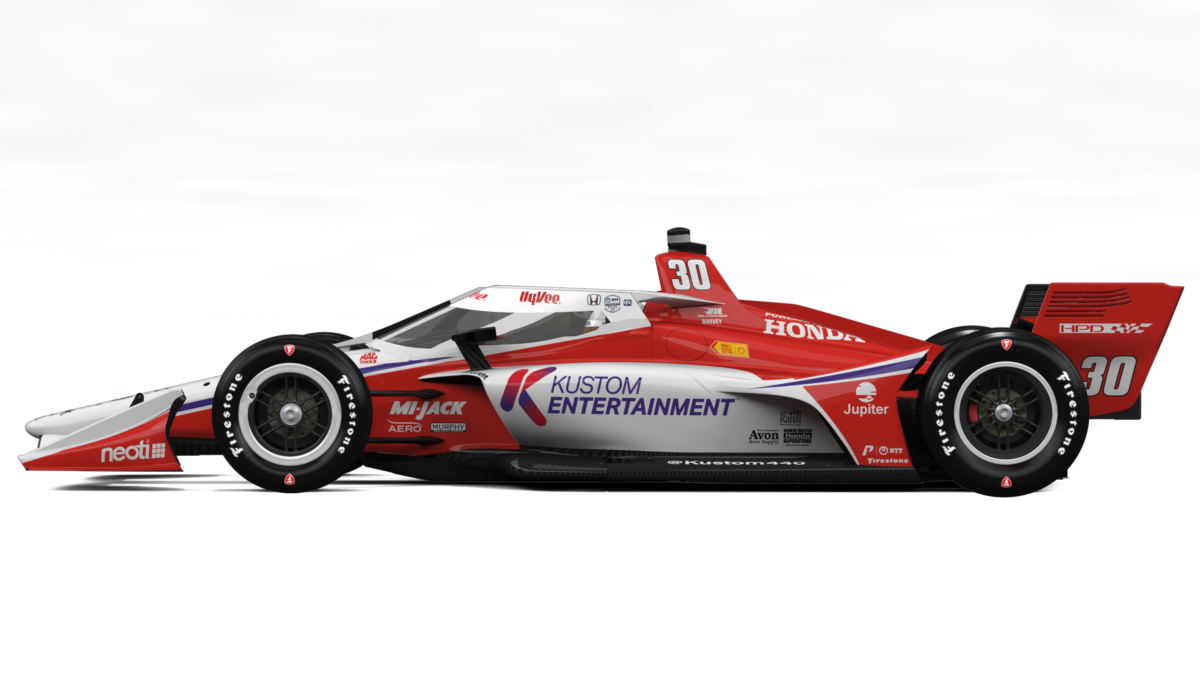 The #30 Rahal Letterman Lanigan Racing entry will sport a new look for the 2023 IndyCar season thanks to fresh backing.

KEI is a new subsidiary of existing RLLR sponsor Digital Ally, and the latter will continue to provide fans with behind-the-scenes footage of preparations for Harvey, Graham Rahal, and Christian Lundgaard for this year’s Indianapolis 500.

“We are pleased to extend our relationship with Stan Ross [KEI CEO] and the Digital Ally companies,” said Mike Lanigan, co-owner of RLLR with Bobby Rahal and David Letterman.

“Having known Stan for years, it is an honour to help increase the exposure for his newest venture with Kustom Entertainment, Inc., which will undoubtedly be a success.”

Harvey drives Car #30 this year in a swap with Lundgaard, who has been switched to #45 off the back of finishing as the top rookie in the 2022 IndyCar Series.

His arrival follows that of former McLaren F1 Director of Vehicle Performance Stefano Sordo, last October, as technical director for the IndyCar programme.

The pre-season IndyCar Open Test takes place at The Thermal Club on February 2-3.