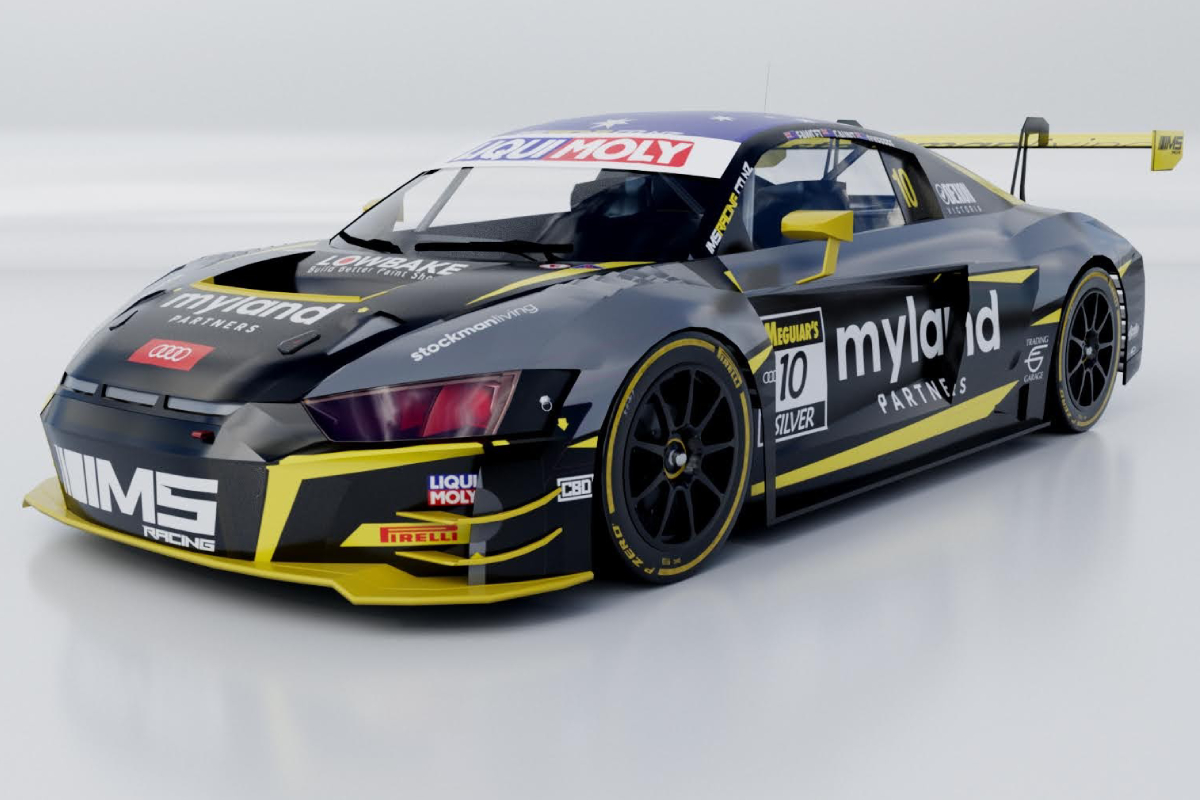 New Zealand outfit International Motorsport has taken the covers of its Audi R8 GT3 Evo 2 ahead of the Liqui Moly Bathurst 12 Hour.

The #10 Myland Team IMS car has been entered by Melbourne Performance Centre in the Silver Class for the Mount Panorama endurance event on February 3-5, which doubles as the opening round of the 2023 Intercontinental GT Challenge.

It follows the naming of the driver line-up last week with the Audi R8 GT3 Evo 2, that has recently been upgraded to the latest 2022 specification, to be piloted by Dylan O’Keeffe, Andrew Fawcet and Daniel Gaunt.

It will be the fifth Bathurst 12 Hour start and third aboard an Audi for O’Keeffe who also has experience at Mount Panorama as a Supercars co-driver with Tekno Autosports and PremiAir Racing.

The drive comes off the back of a strong 2022 for O’Keeffe, who finished third in the Porsche Paynter Dixon Carrera Cup Australia Championship, as well as eighth in the Supercheap Auto TCR Australia Series.

The Victorian, who will celebrate his 25th birthday during the event, is eager to return behind the wheel of a GT3 car at Mount Panorama.

“Driving a GT3 car around Bathurst is such a mind-blowing experience – there’s nothing like plunging down through Sulman Park towards the metal grate at 200km/h with the concrete walls just centimetres away. You’re literally holding your breath and telling yourself to trust the downforce,” O’Keeffe said.

His Kiwi team-mates Gaunt and Fawcet also enjoyed success in 2022, steering a McLaren to second in both the North and South Island Endurance Series in New Zealand last year.

O’Keeffe, who picked up a Class B victory on Bathurst 12 Hour debut in 2017 behind the wheel of a Porsche 991 GT3 Cup car, is hopeful that the driver combination will be able to produce a strong result in the Silver Class.

“Daniel and Andrew have both had plenty of recent seat time in GT3 cars, and I’ve done a lot of racing at Bathurst lately, so our combined knowledge will stand us in good stead for the 12 Hour.

“Like any endurance race, the key will be to stay out of trouble in the early stages and make sure we’re in a position to race hard at the finish.”

Fawcet, who is the owner of the car, said the drive marks a reunion for O’Keeffe and Gaunt, who steered an Audi R8 GT3 with Ash Samadi in the 2018 Bathurst 12 Hour.

“Obviously Dylan and Daniel have driven together before, I was racing against them the last time we raced here back in 2018, now we’re all together in the same entry,” Fawcet said.

“Daniel and I had a good season in New Zealand aboard the McLaren in the endurance series, am looking forward to getting back into the Audi and seeing what we can all do together at Bathurst.”

“It’s a long race, and as we all know, anything can happen. So, hoping for a clean weekend and to be there at the end.”