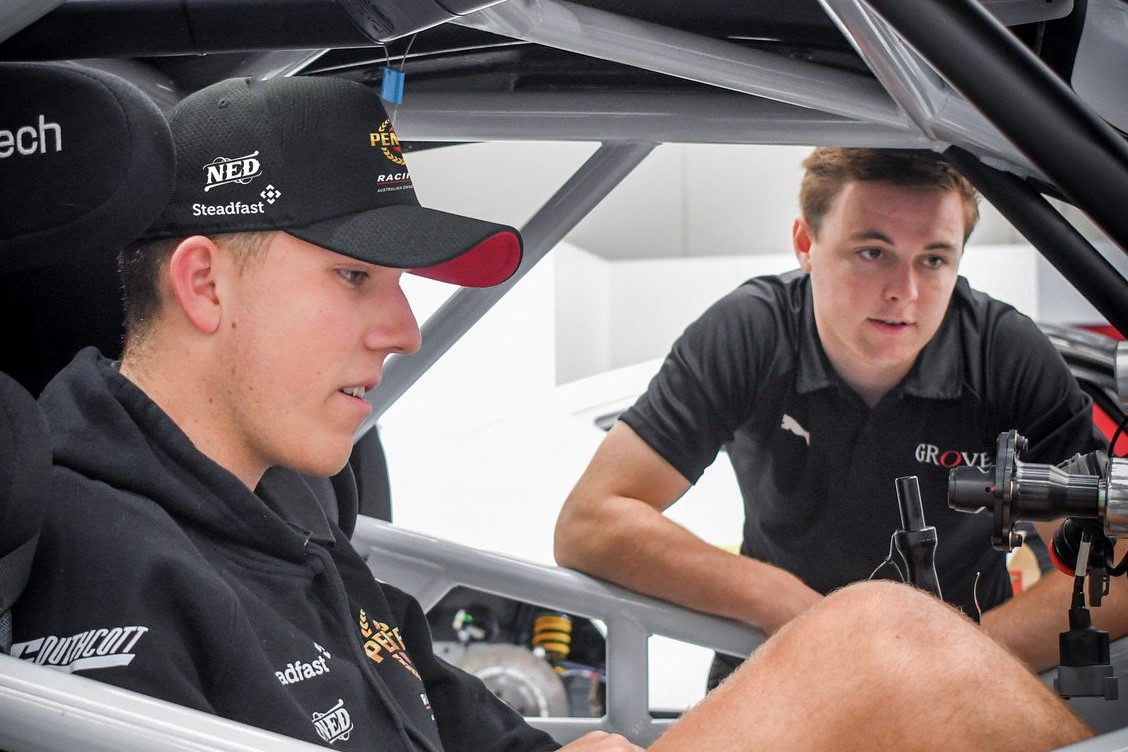 The move makes for a particularly youthful line-up on what will be the #19 Ford Mustang, with both embarking on rookie campaigns in the top tier.

In fact, the similarities do not end there.

The relationship is the same as that which they shared in Grove Racing’s Super2 effort of 2022, when Payne finished third in the series in a Nissan Altima.

The 20-year-old New Zealander was also Lee Holdsworth’s co-driver in last year’s Repco Bathurst 1000, when the duo finished sixth, while Bell worked as a data engineer in Grove’s Championship team for multiple events and also on its Carrera Cup and GT3 programmes.

“His maturity and approach make him the ideal choice for this role, together with the depth of our engineering team, I look forward to the results Jack and Matt can achieve.

“Grove Racing have a strong focus on building young talent through our Junior Program that covers not just the identifying and developing race car drivers, but all disciplines – including engineering, mechanical, commercial and marketing elements within the race team.”

With 2023 representing the start of Supercars’ Gen3 era, the barriers to entry are arguably lower for new engineers even if data is set to be a key battleground.

However, Bell will also be backed up by a crew which counts one championship-winning race engineer in David Cauchi as Team Principal and another in Grant McPherson as Technical Director. Bell (foreground) and Brenton Grove, who is part of team management

Cauchi said, “Jack is a terrific young guy, and he has been an asset to Grove Racing since he started with us.

“His composure and dedication to his work impressed us all from day one.

“It only seems like a natural progression for him to take on the responsibility as Matt’s race engineer in main game and we are proud to support this.

“It is a big step up, but we have no doubt that Jack will do an outstanding job.”

Bell himself remarked, “I can’t thank everyone at Grove Racing enough for the opportunity.

“The support provided by the whole team from engineering to mechanics to management has been instrumental in my learning and development over 2022.

“There will be increased pressure for sure, but I know I have the right team around me to succeed and I am eager to contribute to what will be an exciting season as we welcome Gen3.”

Will Davidson had engineered what was the #10 Mustang of Lee Holdsworth last year, while Alistair McVean is set to continue with 2017 Bathurst 1000 winner David Reynolds.

Grove will also enjoy the services of five-time Bathurst 1000 winner Garth Tander for the enduros of 2023, although which entry he will drive is yet to be confirmed.