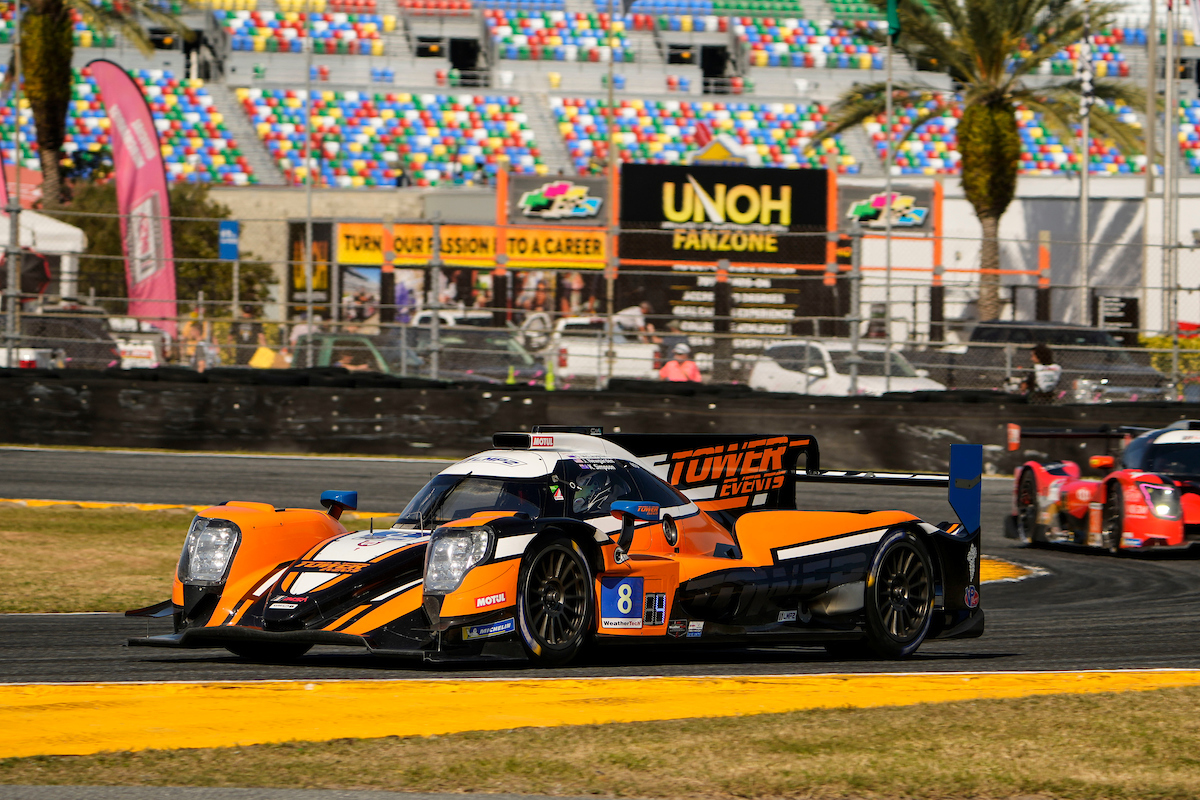 The Tower Motorsports LMP2 which Scott McLaughlin is driving at Daytona. Picture: IMSA

The New Zealander is making his sportscar debut in a race which takes place less than a week out from IndyCar’s pre-season Open Test at The Thermal Club.

McLaughlin’s laps in the Roar Before The 24, a week prior to the Daytona race itself, were his first in a race car since he took the chequered flag in a Team Penske Dallara at Laguna Seca back on September 11 last year.

The mileage in the Tower Motorsports LMP2, in which he counts regular team-mate Josef Newgarden as a co-driver, might be a different experience to that which he has grown accustomed but is handy nevertheless.

“It’s going to be an amazing way for me just to get my head right and the speeds and your body used to going fast again,” said the three-time IndyCar race winner, according to NBC Sports.

“Just to sharpen yourself up before we go testing here in a little bit for the IndyCar season.

“There’s a reason there are so many high-level people racing this from all over the world. I’m excited to be one of them.”

Unlike Newgarden, McLaughlin is at least experienced in multi-driver races, and will draw on that at Daytona.

“I’m expecting a lot of intense battles, especially throughout the traffic,” predicted the three-time Supercars champion.

“But I feel like my experience from Bathurst 1000 and Bathurst 12 Hours back in the day can suit me really well and get me ready for what’s going to be a busy 24 hours.”

The Tower Motorsports entry will start 56th outright in the 61-car field after an incident for John Farano in qualifying.