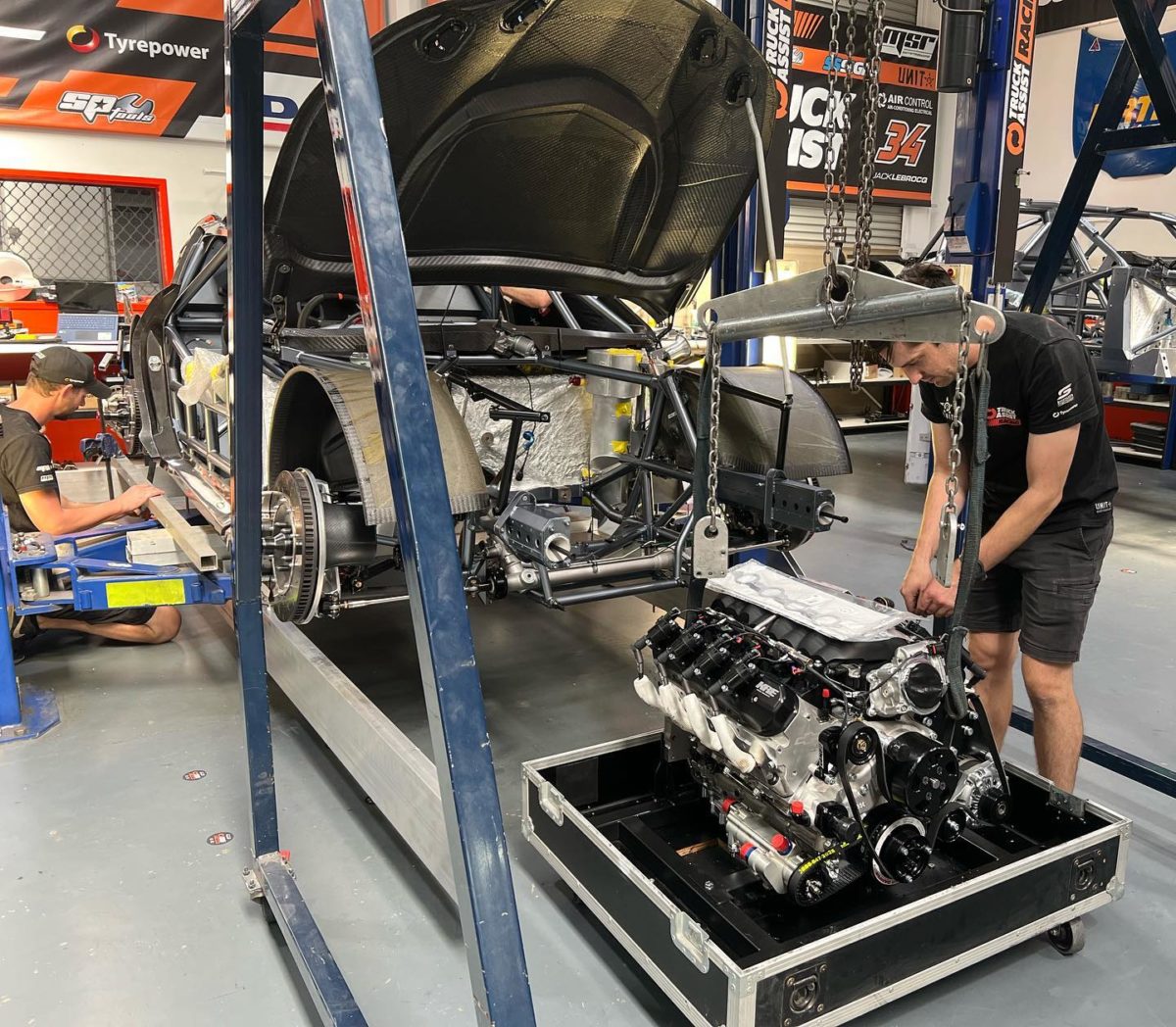 Supercars teams from both the Ford and Chevrolet camps have begun taking delivery of their Gen3 engines.

As previously reported by Speedcafe.com, lotteries were held in recent days in order to randomly assign Coyote-derived 5.4-litre powerplants to Mustang teams and 5.7-litre pushrod General Motors units to their Camaro counterparts.

The draw for the initial tranche of Ford engines was held last week and it is understood that most, if not all, of those teams now have their initial allocation.

Chevrolet teams had their lottery yesterday, and Matt Stone Racing has now taken to social media to proclaim the arrival of its first race engine for one of its two Truck Assist-backed Camaros.

Ultimately, each competitor (team) will receive two engines per entry (car), although the initial allocation is one for every second entry.

On the Ford side, that means two power units for Tickford Racing; one each for Walkinshaw Andretti United, Dick Johnson Racing, and Grove Racing; and one also for the Blanchard Racing Team which, as the sole single-car team in the field, is necessarily an exception to the one-per-two-cars allocation.

Herrod Performance Engines is the sole supplier for those teams’ 11 Mustangs and KRE Race Engines for the 14 Camaros in the field.

Supercars engine specialist Craig Hasted is dynamometer testing each motor at his Cragsted facility before they are dispatched.

However, with a common supplier for the respective brands for the first time, and technical parity being one of the key planks of Gen3, allocation is randomised to prevent any suggestions of favouritism.