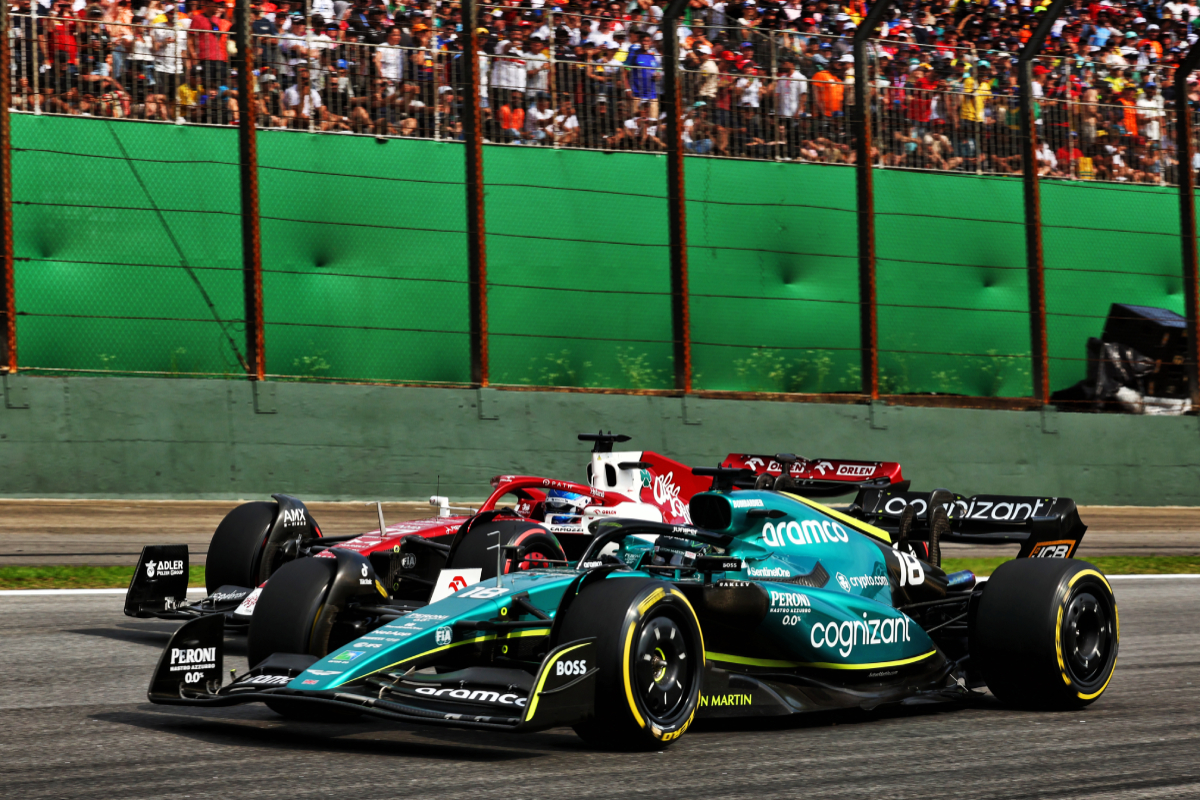 There is good reason to be optimistic if you’re a fan of Aston Martin with strong investment set to come online during the 2023 F1 season.

The Silverstone-based operation underperformed in 2022. It finished seventh in the championship, tied on points with Alfa Romeo Sauber but behind on countback.

For what is a pseudo-factory operation, it was a poor return. But there is light at the end of the tunnel.

A significant construction project has been underway at the squad’s base for some time, with a new factory set to come online in the early part of this season.

It’s an expansive structure that gives the squad room to grow and should, in theory at least, make its process back at home more straightforward.

The team has also splashed the cash for Fernando Alonso, though only $5 million if we’re to believe his reported salary – a steal for a driver of his calibre.

He joins in place of Sebastian Vettel, who retired at the end of last season and while it’s like-for-like, we can view it as a positive.

Alonso has made the switch from Alpine, which was fourth in last year’s constructors’ title and won a race as recently as 2021.

As an operation, Alpine is demonstrably more competitive, but for whatever reason Alonso preferred to switch to a team that didn’t score its first point last year until Round 4.

Clearly, he sees something he likes at Aston Martin or, perhaps, wanted to separate himself from something he did not like at Alpine.

Whatever the case, how he gels with team-mate Lance Stroll – the boss’s son – will be fascinating.

The Canadian is aggressive and clashed with both Vettel and Alonso towards the end of 2022.

The Spaniard brushed their clash off, his future employer public knowledge at the time, though whether he’ll be willing to let such transgressions slide when they’re operating out of the same garage is a different matter.

Alonso has mellowed, but how he approaches working with Stroll, and vice versa, will be a critical factor in the team’s on-track performance.

Aston Martin is an interesting operation.

What started life as Jordan has gone through a number of identities over the years, and been close to collapse on at least one occasion.

It operates under the Aston Martin name but in reality that is a similar commercial deal to that which sees Sauber racing as Alfa Romeo – the difference is some common ownership (Lawrence Stroll) between the F1 team and Aston Martin Lagonda road car business.

Stroll’s purchase of what was once Racing Point has brought with it an investment in facilities and a new driver, but there has also been an aggressive recruitment drive going on for a couple of years.

That has attracted some significant signings, headlined by Dan Fallows.

While he does not share the same sort of spotlight as his former boss, Adrian Newey, Fallows is hugely experienced and credentialed.

Andrew Green has also remained on staff, a man who has led the Silverstone squad’s design department to strong results on a comparatively minuscule budget.

Some of those constraints have been lifted courtesy of Stroll’s investment, but handily the team is well accustomed to operating to a budget cap given it’s had no choice for the bulk of its existence.

So what can we realistically expect from Aston Martin over the course of the 2023 F1 campaign?

With its new facilities still coming online, their true benefit remain probably a year, if not more, away.

The new car will therefore not have enjoyed much if any, benefit and so a significant step forward is unlikely.

But the team is well renowned for its creative thinking, and eventually one of those ideas is going to net results – think Brawn 2009 with its double diffuser.

So there is potential, but it’s unlikely to propel Alonso and team-mate Lance Stroll to the very front of the grid.

Instead, a small step is likely, and overhauling Alfa Romeo Sauber has to be an absolute minimum this season.

With instability at McLaren, a good year could even see Aston Martin step ahead of its Woking rivals.

That’s a longshot given the relative gulf between them in 2022, and so for that reason sixth in the constructors’ championship is a realistic end game, with fifth the early stretch goal.