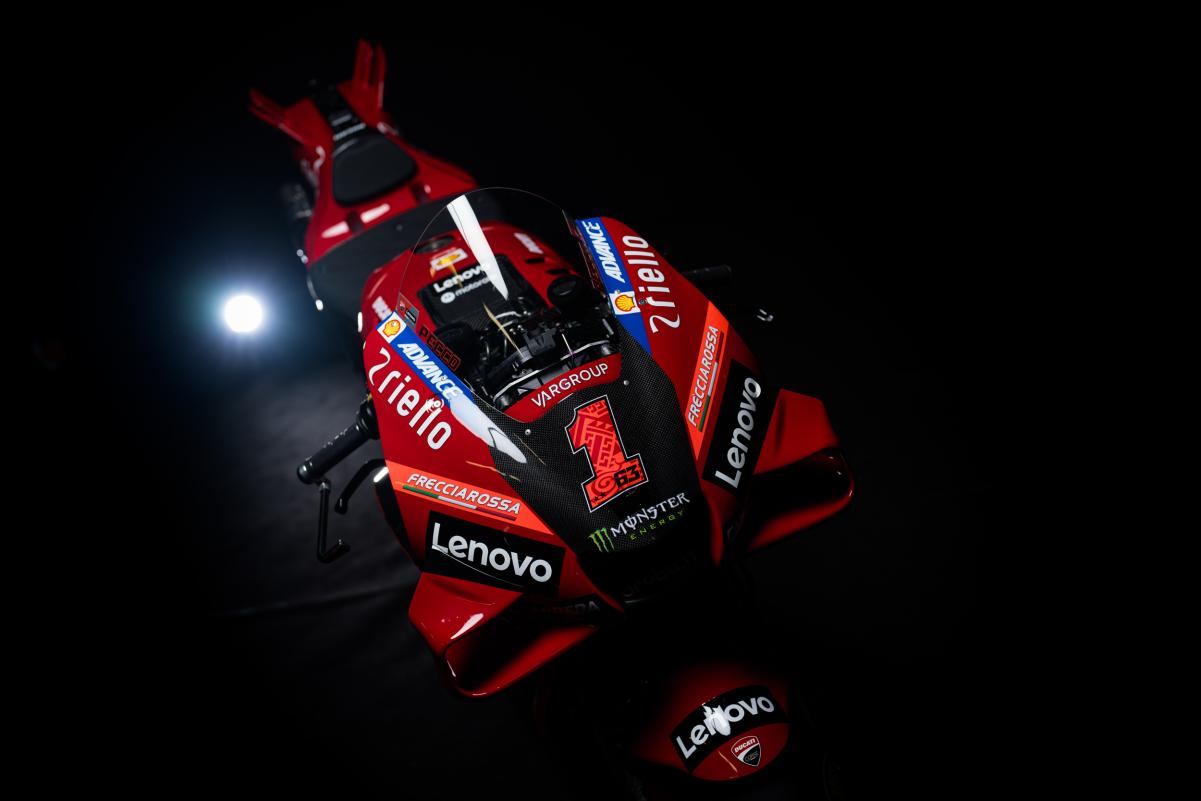 Francesco Bagnaia will race with #1 in MotoGP in 2023

Francesco Bagnaia has opted to ride Bike #1 in the 2023 MotoGP season.

The Italian came back from a deficit of as much as 91 points to Fabio Quartararo to take the championship lead at the third-last round of the 2022 campaign, and would not relinquish it.

Having mulled over whether or not to retain his familiar #63, it has now been confirmed with the Ducati Lenovo Team’s season launch that Bagnaia will run with #1.

He becomes the first rider to do so since another Ducati hero, namely Casey Stoner, did in 2012, although the Australian was by then with Honda after delivering the Bologna marque its first riders’ championship back in 2007.

Like Stoner with #27, however, Bagnaia will still have a small #63 within the #1 on the fairing of his Desmosedici.

“I decided to have both there and the 63 is still on my helmet,” said the Italian at Ducati’s launch at the Campioni in Pista event.

“But it’s been a long time since we last saw the #1 in MotoGP. I’ve always admired people racing with the #1. I’ve always loved it.

“So, it’s important for me to pay tribute to other world champions.

“63 will always be my number, I’ll always have this number on my bike, but hopefully together with the #1.” 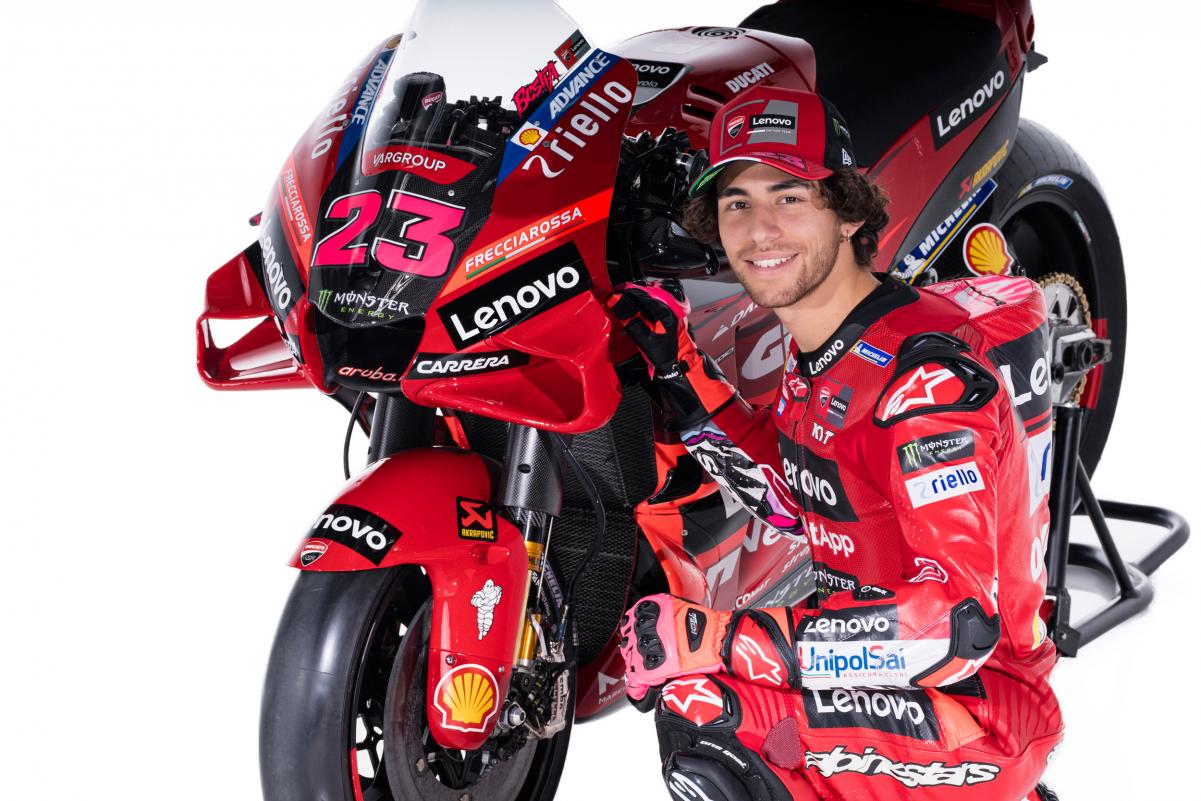 New team-mate Enea Bastianini keeps the #23 which he chose for his debut premier class season in 2021, but the factory Ducati teams in both MotoGP and WorldSBK will field #1 after Alvaro Bautista won the production-based championship last year.

“The start of a new season is always exciting, and this year, even more following a 2022 destined to remain in history,” said Ducati Corse General Manager Luigi ‘Gigi’ Dall’Igna.

“Replicating last year’s results will be challenging, but our goal is always to surpass ourselves and constantly improve.

“In MotoGP, in addition to world champion Pecco Bagnaia, we will also be able to count on Enea Bastianini, third in the world championship last year with Ducati team Gresini Racing.

“We are convinced that both our riders will be, again this year, among the protagonists of the championship.

“For sure, the competition will be even higher. There are many strong riders on the grid, and the other manufacturers will certainly have worked hard during the winter.

“However, we have not been outdone, so we look forward to starting this new season and defending the three titles we won last year.”

The Italian’s former berth at Gresini is now filled by Alex Marquez, who most recently rode for the LCR Honda outfit. 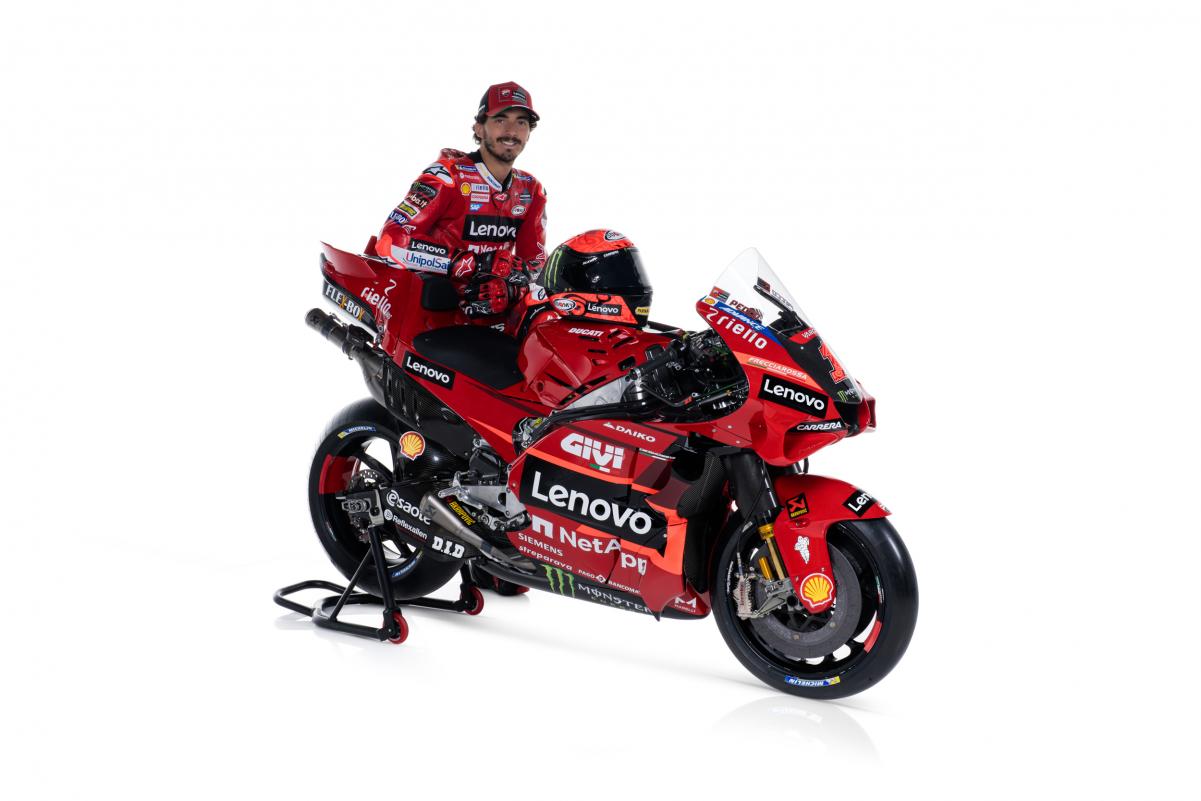 Bagnaia with the 2023 Ducati Team livery