POLL: How the Gen3 Supercars will race

POLL: How the Gen3 Supercars will race 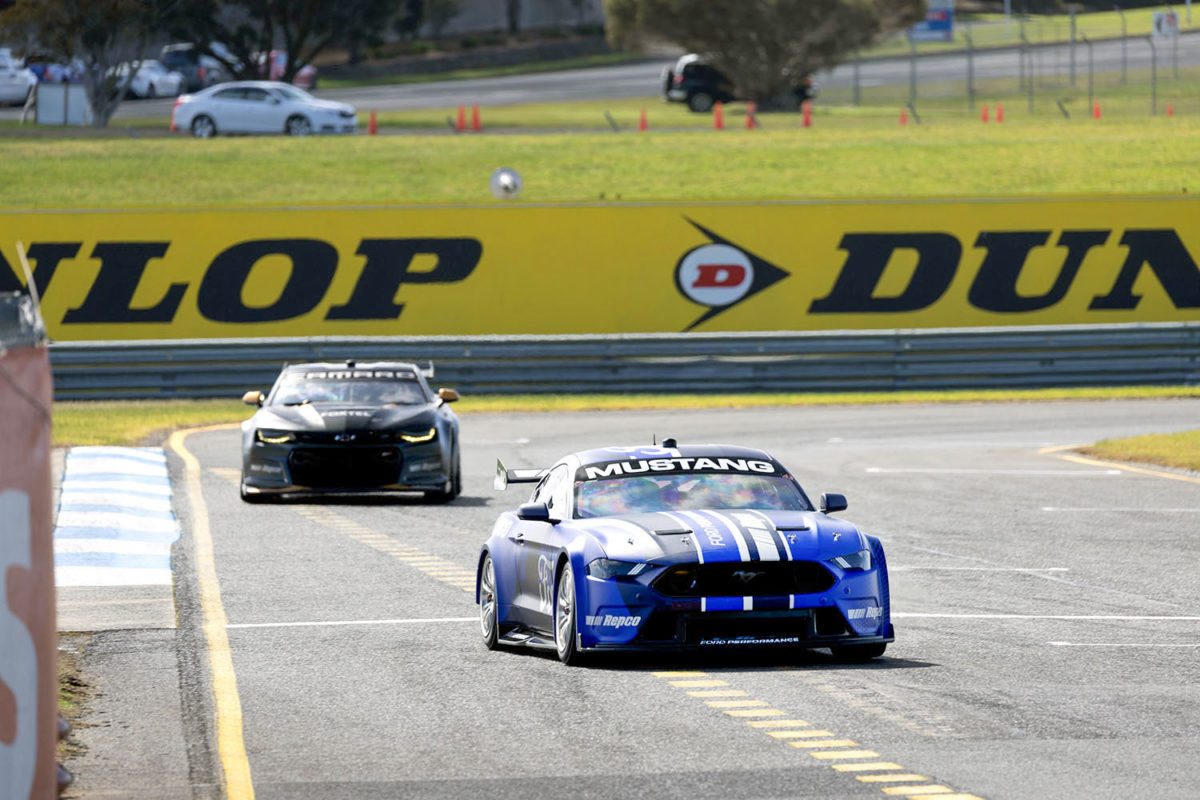 As the Gen3 Supercars project moves into its crucial next phase, we ask what you think will be the end result on the race track in this week’s Pirtek Poll.

The Chevrolet Camaro and Ford Mustang prototypes are again being put through their paces today in what shapes as the final, crucial test before specifications are fully and formally locked down.

It is understood that the main work item is validation of last November’s five-day VCAT (Vehicle Control Aerodynamic Testing), and aerodynamics is the inspiration for this week’s poll.

Amid conjecture about what exactly Gen3 should look like, and multiple postponements culminating in a mad dash to get cars ready for this year’s season-opener in Newcastle, we have not asked you, the fan, if you think the new breed of Supercars will put on better racing.

To that point, then-Supercars CEO Sean Seamer promised in October 2020 that the Gen3 vehicles “will have a lot less downforce than the current car,” reversing a trend which had been apparent for years, and had accelerated with Gen2.

Consistent with various chatter and comment from category officials since then, Head of Motorsport Adrian Burgess reported that a reduction of around 63 to 64 percent had been achieved.

Less downforce reduces the aerodynamic advantage which the preceding car enjoys through a corner, and reduces the ‘dirty air’ disturbance to which the follow car/s is/are subject, allowing cars to run more tightly bunched and hence making passing more likely.

Furthermore, a less stable car means a greater likelihood of mistakes which will shake up the running order, and also greater tyre degradation for those who are less adept at controlling their car.

On the other hand, the Gen3 machines may prove to be more stable in braking, with less of the pitch which characterised Supercars of old, which may have a detrimental impact on passing.

Worth noting also is that in a technical parity category such as Supercars, the vehicles are as near identical in behaviour as officials can achieve, unlike, say, the GT3s which will race under a Balance of Performance system in the Bathurst 12 Hour next month.

It means that qualifying is generally very close, and usually racing too, although the downside is that technically similar cars are more likely to simply form a ‘train’.

That said, Gen3 retains all of the challenges which characterise a modern Supercar, and in fact (re)introduces some more to keep drivers on their toes.

The proof will, of course, be in what plays out from March 11 in Newcastle but, on this pivotal day in the project, we ask, do you think Gen3 will produce better racing? Cast your vote below in this week’s Pirtek Poll.