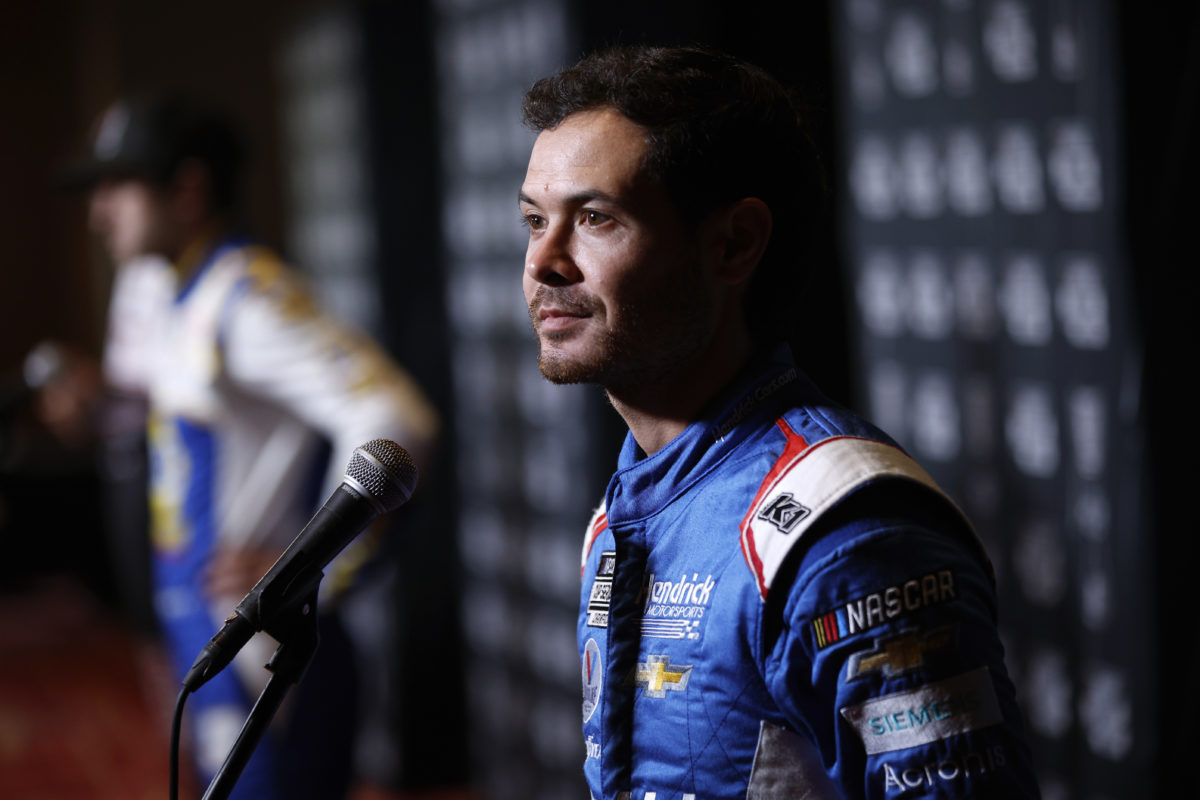 Kyle Larson will not make his Indianapolis 500 debut until 2024 in order to build his and the team’s experience, according to McLaren boss Zak Brown.

As it stands, the 2021 NASCAR Cup Series title winner will become just the fifth driver to attempt ‘The Double’ of the Indy 500 and Charlotte 600 on the United States’ Memorial Day long weekend.

He may well in fact be the sixth to do so by the time the time May 2024 rolls around, however, given Jimmie Johnson remains in the frame to drive an extra Chip Ganassi Racing entry at The Brickyard this year.

What is certain is that Larson will still be waiting for his debut in IndyCar’s flagship race when Tony Kanaan pilots an extra McLaren entry at Indianapolis Motor Speedway this May, despite already expanding its full-time effort to three cars in 2023.

“Obviously, Kyle’s primary programme is his quest for another NASCAR championship so we need to work around what will be a very busy schedule for him in his racing activities.

“But, we want to immerse Kyle and work together with the Hendrick organisation [Larson’s NASCAR team, Hendrick Motorsports] to maximise performance, both on and off the track.

“We’re now working through what that is; how many test days can we do, where shall we test?

“I think the fact that Chevrolet’s new tech centre is around the corner from Hendrick Motorsports is certainly going to be a benefit.

“So, one of the reasons for an early announcement, early commitment was for maximum preparation.”

Another NASCAR champion in Kyle Busch had been linked to the extra McLaren entry for 2023, although that was downplayed by Brown on the basis that a driver with Indy 500 experience was desired.

Kanaan certainly fits the bill in that regard, being a 48-year-old with 21 starts in the race to his name, a win in 2013, and a podium as recently as last year in the fifth Chip Ganassi Racing car.

However, the experience consideration also applies to McLaren broadly, including integrating 2016 Indy 500 winner Alexander Rossi into the team in his first season since leaving Andretti Autosport.

“I think four cars is the right number for the Indianapolis 500,” stated Brown.

“We don’t want to have any compromise and [we want to] put our best foot forward.

“It’s a big opportunity for Arrow McLaren to be able to partner with Rick Hendrick’s organisation and Jeff Gordon and to have a driver of Kyle’s calibre.

“I think five cars is one too many and also with bringing on a new driver this year in Alex Rossi, we wanted to make sure we felt…

“We had a really good Indy 500 this past year, with our three cars who came close to winning it, and I think another year of racing four cars will make us that much more prepared for when we bring Kyle onboard in 2024.”

The former two remain at the squad while Rossi has made the move after spending his first seven seasons in IndyCar at Andretti, with which he won the 500 as a rookie.