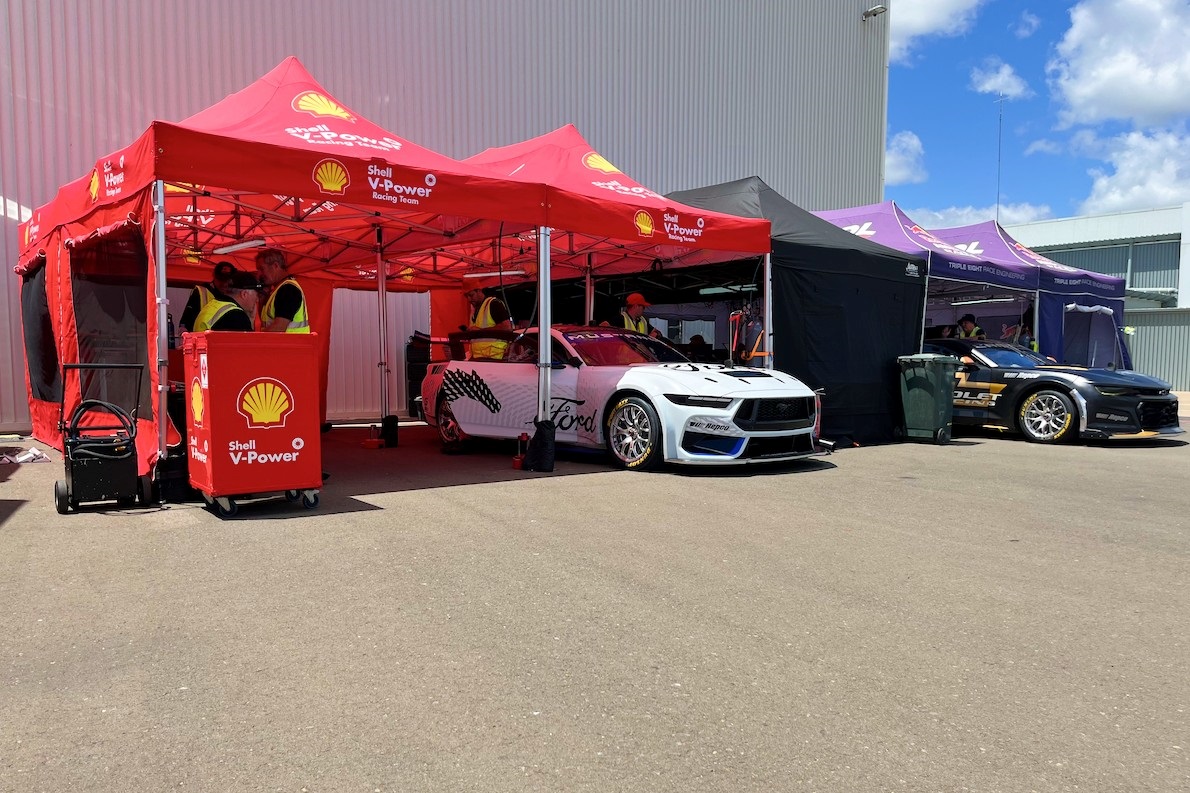 Validation of last November’s VCAT, pictured here, is thought to be a key work item at today’s Gen3 Supercars test at Queensland Raceway

A pivotal test lays ahead for Supercars’ Gen3 project as the Ford Mustang and Chevrolet Camaro prototypes take to Queensland Raceway today.

After ructions over the Ford’s aerodynamics and engine in particular, both cars were rolled out at the Ipswich circuit in recent days, primarily for engine calibration for the Mustang and steering fine-tuning for the Camaro, Speedcafe.com understands.

Today shapes as the final day of critical testing where Supercars officials and representative of both marques, including homologation teams Dick Johnson Racing and Triple Eight Race Engineering, will be onsite.

It is thought that a multitude of items are on the agenda but that the primary purpose of the day is to validate the VCAT process which took place last November at Toowoomba’s Wellcamp Airport, around 100km to the west of Queensland Raceway.

VCAT, or ‘Vehicle Control Aerodynamic Testing’, is a programme which is undertaken either when a new model is set to debut in Supercars, or when a significant change is made to the shape of one or more models which already compete.

For each combination of settings, a multitude of runs are completed until such time that Supercars’ Motorsport department is satisfied with the reliability of its results.

One of the aims of the Gen3 project was a drastic reduction in downforce, the idea being that following a car would become easier, and hence overtaking opportunities would be enhanced.

Furthermore, a car which is less ‘planted’ will be more difficult to control, increasing the likelihood of mistakes and thus giving the drivers a greater say in the outcome of a session. 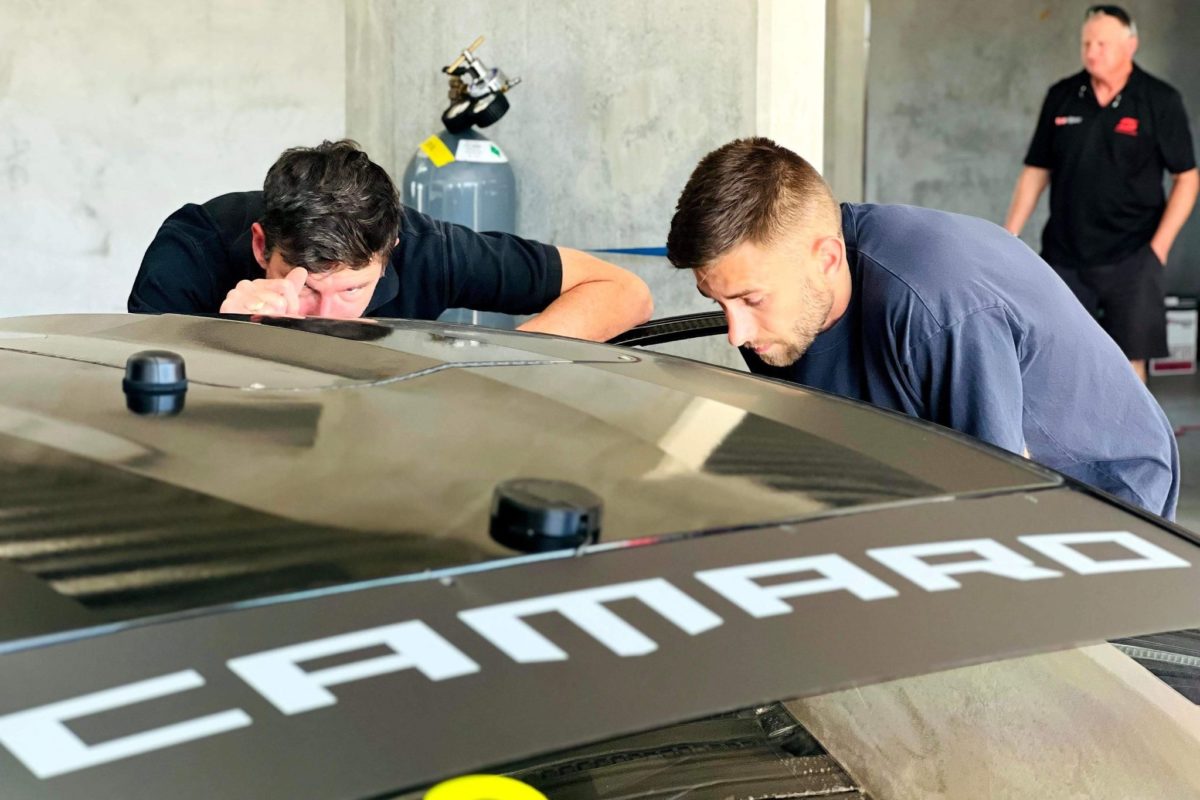 The Chevrolet Camaro prototype at Queensland Raceway in recent days

To that end, Supercars claims to have achieved what it set out to do with respect to aerodynamics, with Head of Motorsport Adrian Burgess reporting a 63 to 64 percent decrease in downforce relative to the cars which have raced in recent years.

There will also be an obvious visual difference from Gen2 to Gen3, with what is a common rear wing plane (as opposed to Mustang- and Camaro-specific pieces) held up by mounts located inwards from the sides of each car, and far smaller endplates.

The positioning of the mounts evokes memories of the VT and VX Commodores, the former of which debuted in mid-1998, before centre mounts were adopted for the VY in 2003 and then, with Car of The Future and the VF in 2013, a return to the side mount configuration which had not been seen on Holdens since the VP days of the first half of the 1990s.

For Ford, the change is even more striking considering the Falcons had sported side mounts since the inception of the 5.0-litre V8 era in 1993, and also due to the contrast to the extremely large endplates of the Gen2 Mustang.

At the other end of the car, the undertray is no more, which will mean less front downforce but also less heat capture in the engine bay and hence also the driver footwell.

As it stands, shakedowns of the Gen3 race cars, as opposed to the prototypes, are scheduled for January 30 at Queensland Raceway for the Sunshine State-based teams and February 1 at Victoria’s Winton for their southern counterparts, although indications are that some competitors will undertake that activity later in February.