Dominant Acura on pole for Daytona 24

Dominant Acura on pole for Daytona 24 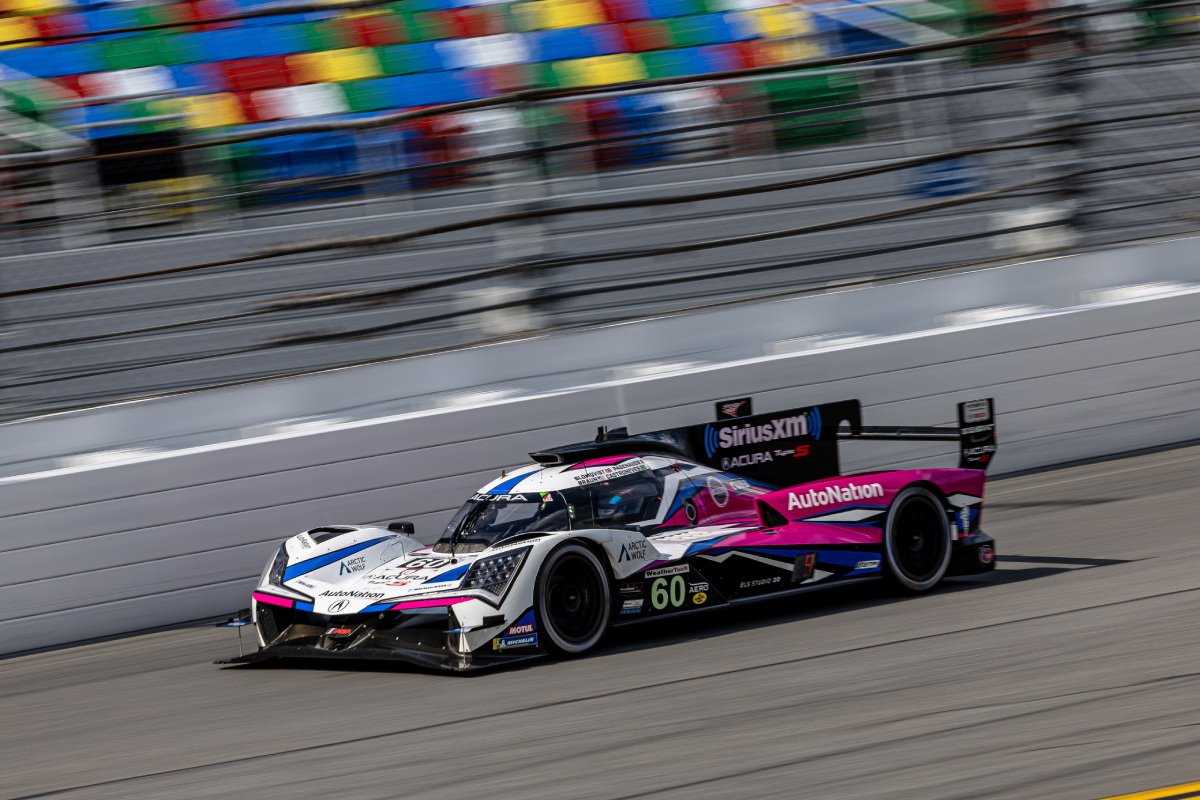 Meyer Shank Racing Acura has converted its strong practice pace into pole position in Daytona following qualifying at the Roar Before The 24.

His best edged out the #7 Porsche, driven by Felipe Nasr, by just 0.083s – that car shared with Australian Matt Campbell.

The MSR Acura had dominated the lead-up in Daytona, topping all but one of the five practice sessions which fed into Sunday’s qualifying.

That which it did not top, Session 5, was unrepresentative of the balance of the weekend owing to wet conditions and the decision by many not to venture out.

Ricky Taylor, who is sharing the car with Kiwi Brendon Hartley, was third best in qualifying in the #10 Acura followed by Sebastien Bourdais aboard the leading Cadillac V-LMDh.

The best of the BMWs was Philipp Eng, who was seventh fastest with a time 0.692s off Blomqvist’s best.

The leading GTD entry was the #57 Mercedes-AMG GT3 of Philip Ellis whose 1:46.093s left him ahead of the slowest LMP3 qualifier.

Mercedes dominated the GT field with second and third in GTD also held by the three-pointed star.

Pole position in GTD-Pro also went to a Mercedes, with Maro Engel managing a 1:46.784s to line up 29th overall – the fourth GT runner.

After setting the fastest time in the wet Session 5 on Saturday night, Nick Tandy crashed at the Le Mans Chicane.

It leaves the #6 Porsche at the rear of the field, with no time recorded, and prompted a flurry of activity as the qualifying resumed with seven minutes remaining.

Elsewhere, Scott Dixon starts fourth in the #01 Cadillac Racing entry, one place ahead of team-mate Earl Bamber in the #02 effort.

The car he shares with Scott McLaughlin will start just 56th of the 61 entries as a result with a total of two timed laps to its name in qualifying.

Notable was the drop in pace in LMP2 versus the 2022 event, with Keating’s pole time of 1:40.541s more than five seconds slower that the class best, set a year ago – thought to be the result of an RPM drop for the 2023 event.

By comparison, Pino’s LMP3 effort was little more than a second off Felipe Fraga’s record, while GT classes were 1.7s and 1.5s slower respectively.

The Antipodean interest sees Jaxon Evans lining up 54th overall in the #91 GTD class Porsche,  while Kenny Habul was 27th outright and second in class in the SunEnergy1 Mercedes.

The session marked the conclusion of the Roar Before The 24, though results will feed into the Rolex 24.

Track action for that event begins on Thursday with three practice sessions, with another two (one exclusively for GTP class runners) on Friday.