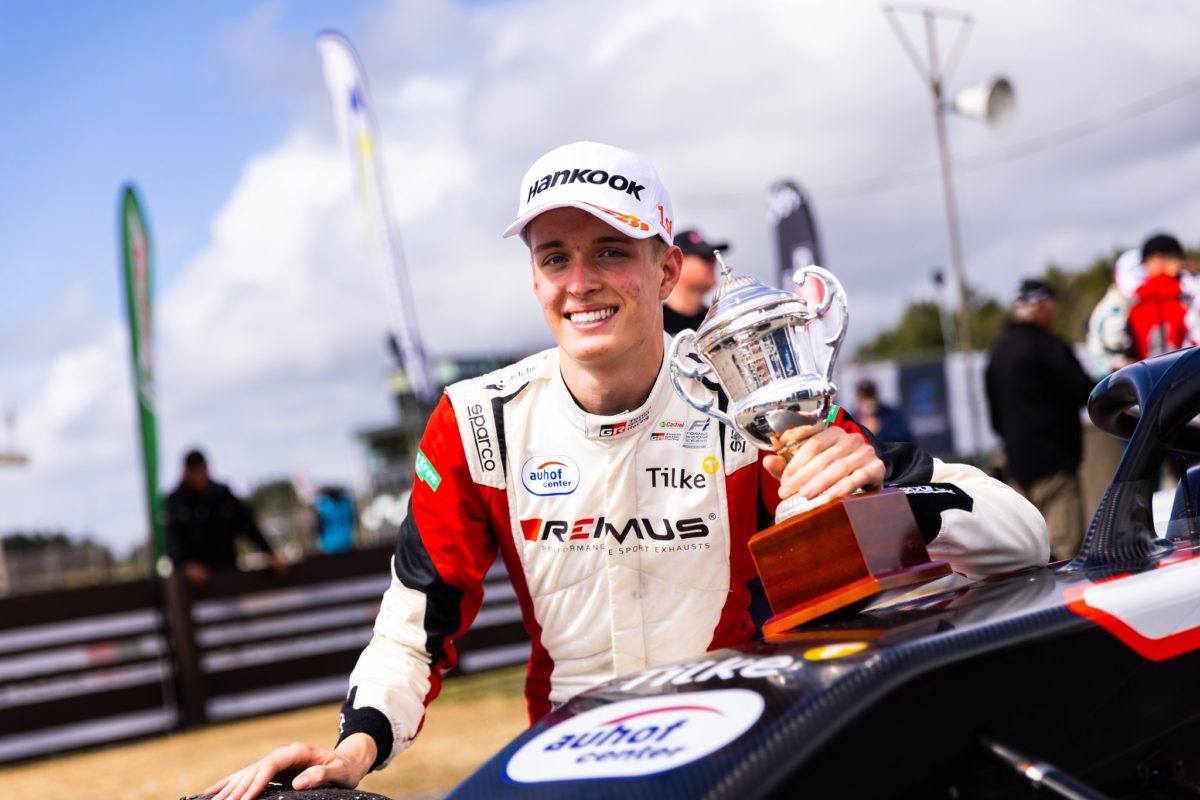 Charlie Wurz has won the third and final race at Teretonga Park to lead the 2023 Castrol Toyota Formula Regional Oceania Championship after Round 2.

At the 2.57km Teretonga circuit, Austrian Wurz and local Callum Hedge had each scored a pole and race win over the weekend, but it was Wurz who’d come out on top to start first on the grid for the weekend’s 30-lap Cup of Nations Feature Race.

Wurz led into the first corner from Hedge, who’d started alongside him, and managed to control the race in a lights-to-flag victory that extends his championship lead.

“I wasn’t sure exactly what to expect at the start but I went a little off my instinct and it worked well,” said Wurz. “I knew at turn one I was halfway there but the tyres did drop off a bit later in the race so I had to keep a close eye on Callum in the mirrors.”

The Austrian now takes a 25-point advantage over Hedge into the third of the five-round Championship, having taken two wins and a fourth place over the weekend.

“We were good off the line and I knew that was the most important thing,” said the points leader. “Callum was very fast today and maybe I lacked a bit of race pace compared to yesterday, so we will need to have to look at that but the team have worked on the qualifying pace and that is so important in the championship and especially here … I can only be happy with this.”

The Feature Race also so a closely fought battle for the third step on the podium, as New Zealand’s Liam Sceats prevailed over Brit Josh Mason by less than a second. Mason had looked threatening and made several attempts on Sceats but couldn’t pull off the move into third.

That saw Sceats finish the weekend with two third places and a fifth to improve to fifth in the championship, 11 points ahead of Mason who sits sixth in the overall standings.