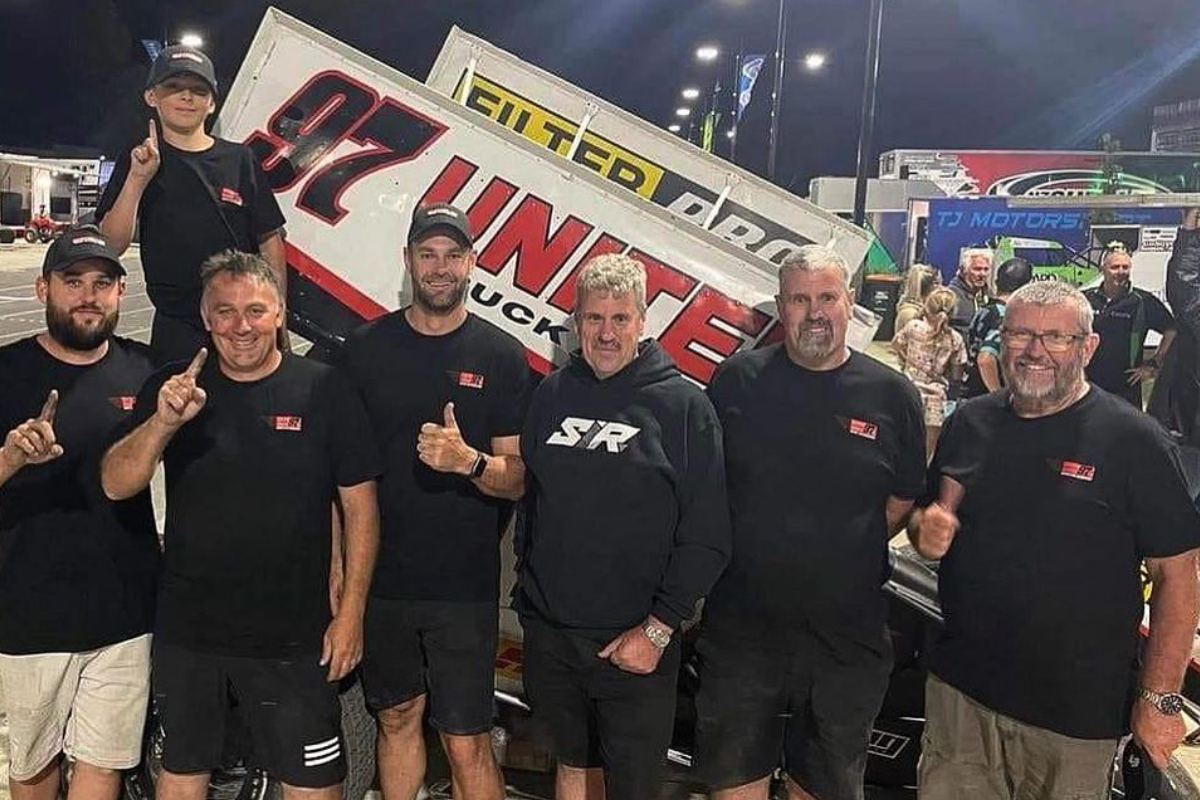 The three-time Supercars champion stormed to victory at Palmerston North on Saturday.

He finished first in Heat 1, third in Heat 2, and first in the feature in his final appearance for the season before he returns to Australia to take part in the 2023 Liqui Moly Bathurst 12 Hour on February 3-5, where he will drive a Triple Eight Race Engineering-prepared, Supercheap Auto-backed Mercedes-AMG alongside team-mate Broc Feeney and factory driver Maximillian Gotz.

“Great way to finish off the speedway season for me.

“Thanks a lot to Brian [Theobald], Shaun [Insley] and the United Truck Parts team for giving me a crack at it.

“A lot of fun, hope to have another go next season!”

It’s a fitting way for the New Zealander to wrap up his maiden speedway racing season, after making his debut at Western Springs Speedway in December, where he recorded results of 11th in Heat 2, fifth in Heat 3 and 14th in the feature.

In an outing at Napier’s Meeanee Speedway, he recorded his then-personal best results with a top-three finish in Heat 1, eighth in Heat 2, before finishing seventh in the final.

He improved again in another outing at Western Springs Speedway last weekend, van Gisbergen finished fourth in Heat 1, the same position in Heat 2, before retiring from the feature race due to contact with a lapped car.

Van Gisbergen has enjoyed coming to grips with the sprint car over the summer.

“Been an adventure learning new skills trying to hang onto this animal of a race car, but I’m loving it,” he reflected.

The 2023 Supercars Championship season is set to commence at the Thrifty Newcastle 500 on March 10-12.