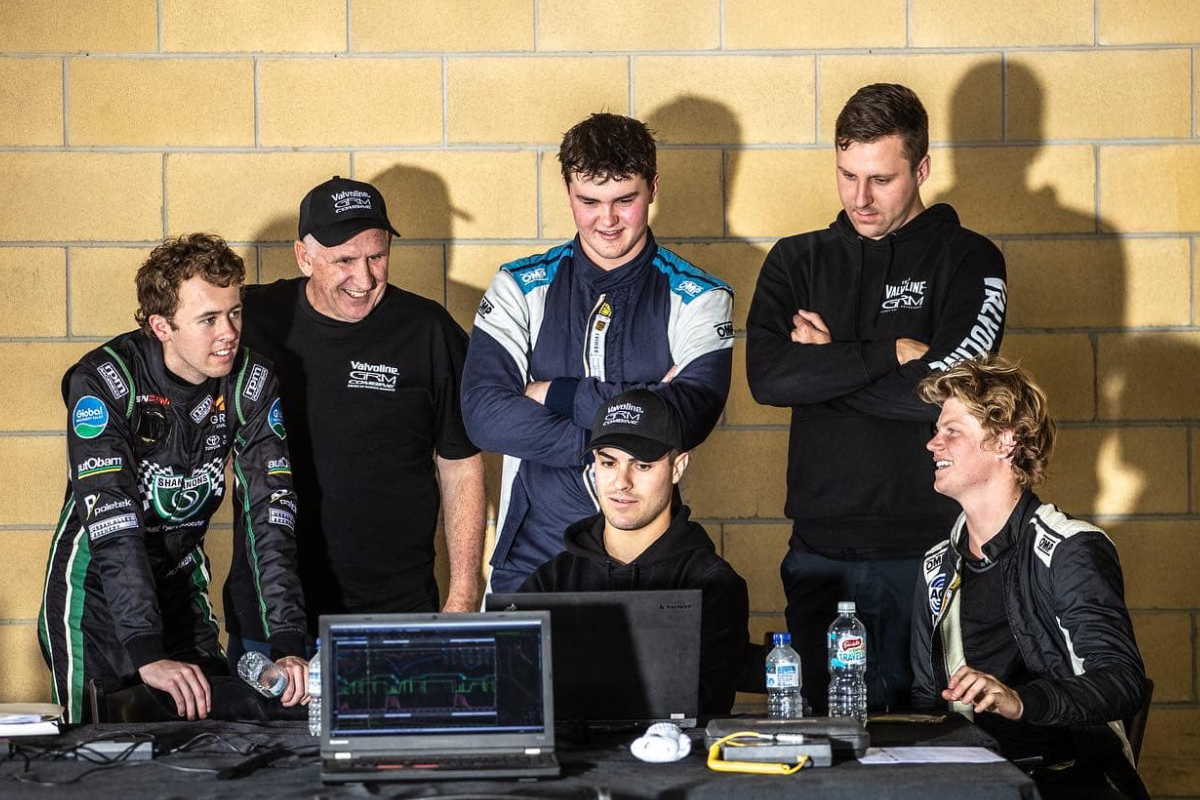 Clay Richards will be hoping to fight for more race wins following his participation in the 2023 Garry Rogers Motorsport Combine.

Richards was one of six drivers to participate in the second edition of the Marcos Ambrose-led driver evaluation programme that provided the opportunity to sample GRM’s Renault Megane R.S. TCR, Ford Mustang Trans Am and S5000 entries at Tasmania’s Symmons Plains Raceway and Baskerville Raceway this week.

Richards described the GRM Combine as a “one-of-a-kind experience”.

“’It’s been a fantastic experience all week,” he told Speedcafe.com.

“It was really cool to work with the team, the engineers, mechanics, driver coaches – the tracks as well were fantastic.

“Obviously Marcos [Ambrose] has years and years of experience, racing and driving these sorts of cars but especially when it came to the Trans Am as well having experienced those types of cars over in America and even here in Australia as well, the coaching and advice from Marcos was valuable and the whole programme was just run so good.”

Stepping up from a Toyota 86, Richards relished the opportunity to drive the vehicles included in the programme.

“I mean, the cars that we drove, they’re a lot different to what I’m used to,” he added.

“You’re able to drive some cars a bit faster, they’re a bit more lively as well.

“So yeah, getting my head around that and adjusting the driving style to suit, yeah it was challenging for sure, but also pretty rewarding to do it as well.”

Richards is looking forward to bringing his learned lessons back to the Toyota 86 as part of a 2023 campaign.

“Hopefully we will be up the front a lot more fighting for podiums and race wins,” Richards declared.

“For me, it was a lot different coming from our little 86 team, to go to a team like Garry Rogers where there’s lots and lots of data and feedback involved.

“It was definitely something I really took appreciation of, really took on board and I learned a lot not only on track, but off track as well.”

“To see how they all begin on Monday and then at the end of the programme when they’re in an S5000, the progression does bring on mixed emotions,” Rogers told Speedcafe.com.

“All of them have really shown some talent and there’s quite a number of them that have a future in motorsport.”

Rogers was also suitably impressed by the apprentice mechanics that participated in this year’s GRM Combine.

“It was about showing them what it’s like to spin the spanners as part of a motorsport team,” he added.

“The four that we had this year have been absolutely tremendous and I’d have no hesitation in giving them a job, even though they’ve got their jobs where they are from.

“To see their development and watching them under a car, covered in grease, it was great.

“I think it motivated them and made them realise they’ve got a very important job.”