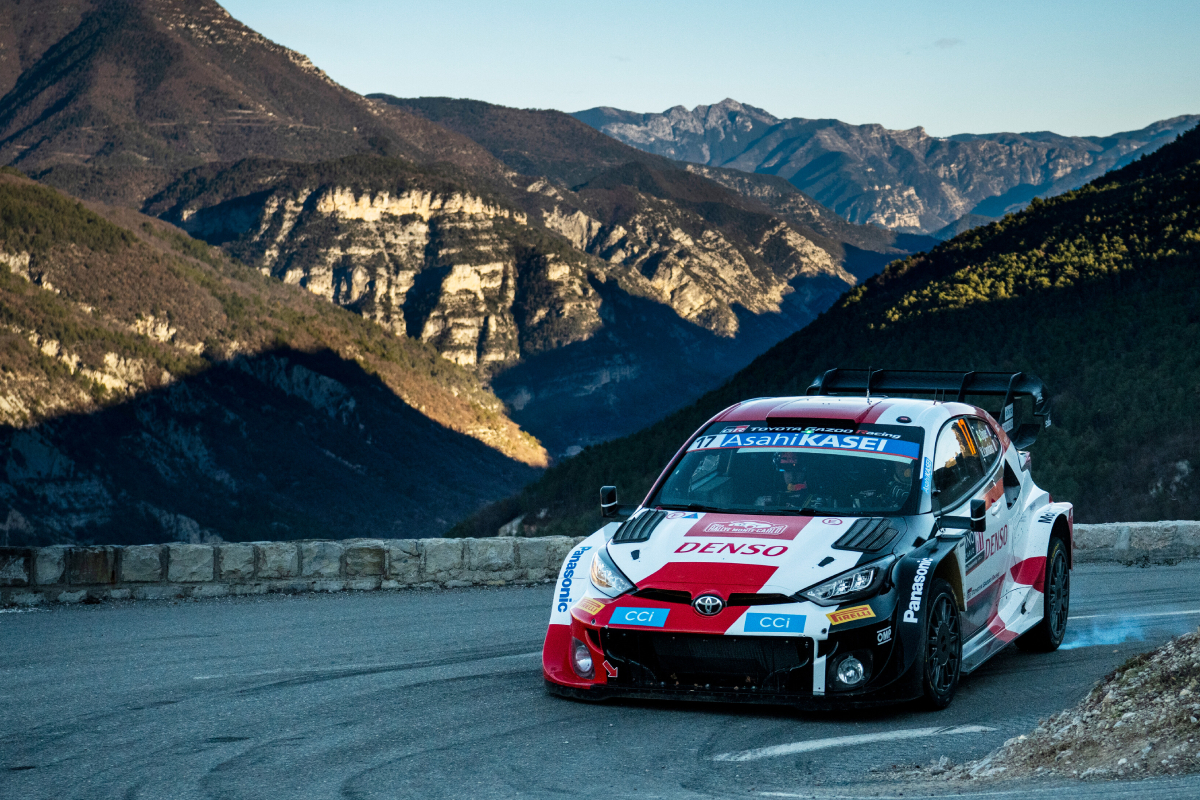 Sebastien Ogier is on the cusp of a ninth victory at Rallye Monte-Carlo following the penultimate leg of the 2023 FIA World Rally Championship season-opener.

The eight-time champion was once again head and shoulders above the rest of the main field as he negotiated a predominantly dry Saturday with a lead that has been shaved by more than half.

Starting the day with an initial 36s buffer to manage over his Toyota Gazoo Racing team-mate Kalle Rovanpera, Ogier’s sole objective was to not throw it all away to a puncture caused by corner cutting – an art widely deployed by crews to claw back tenths of a second but which carries a degree of risk.

“Since this morning, the target is to try to stay safe,” explained the Frenchman, who is on course to finish on the top step of the podium at his home event – the opening round of the 2023 World Rally Championship campaign – for a record ninth time.

“I think so, yes”, he added, when asked if he felt 16s was enough to stay out in front. “This [the last stage] was the most dangerous for punctures so I take it easy and I am happy it is behind me now.”

Standing between Ogier and success are four Sunday tests – two passes over ‘Lucéram/Lantosque’ and two runs of ‘La Bollène-Vésubie-Col de Turini’. The very last doubles up as the ‘Power Stage’ where five bonus points are awarded to the person who records the quickest time through it.

While Ogier could afford to err on the side of caution, defending Champion Rovanpera had to turn up the wick in an attempt to break-free of third-placed Hyundai driver Thierry Neuville.

Beginning the day with a stage win really boosted the Finn’s cause, while a nervous handling car that served up minimal lateral grip made an already difficult job for Neuville even harder. At one point, he said his I20 N had been “bouncing around” and had “no reactivity”.

Back pain caused by a hard landing on the penultimate test added insult to injury but a dogged display by the Belgian means a runner-up performance is still within his grasp as 16s is the difference.

This tended to get worse on slower and twisty sections, said the Estonian: “It is a bit hard work – but it is driveable.”

Even so, with Evans on a mission having collected a right rear puncture on Friday, and Tanak’s Blue Oval car not at 100 percent health, the gap between them going into Sunday is 40.8s.

Toyota Gazoo Racing Junior Takamoto Katsuta currently makes it four GR Yaris Rally1s in the top six thanks to a near-faultless car. In stark contrast, a temperamental hybrid unit in Dani Sordo’s Hyundai that switched off entirely at one point today meant he couldn’t go toe-to-toe with the Japanese star and ended Saturday 53.1s in arrears of him.

Esapekka Lappi in the third Hyundai car rounds out the Rally1 runners in eighth and, like team-mate Sordo, found the desired speed – and confidence – hard to come by due to ride and handling issues. A right-rear deflation on SS12 – ‘Le Fugeret – Thurame-Haute 2’ – ensured his first outing for the Alzenau-based team has been a forgettable one so far.

Meanwhile, M-Sport Ford’s second points-scoring driver Pierre-Louis Loubet retired after sliding into a bridge at the last corner of the first Saturday stage and damaging the suspension on his Puma Rally1.