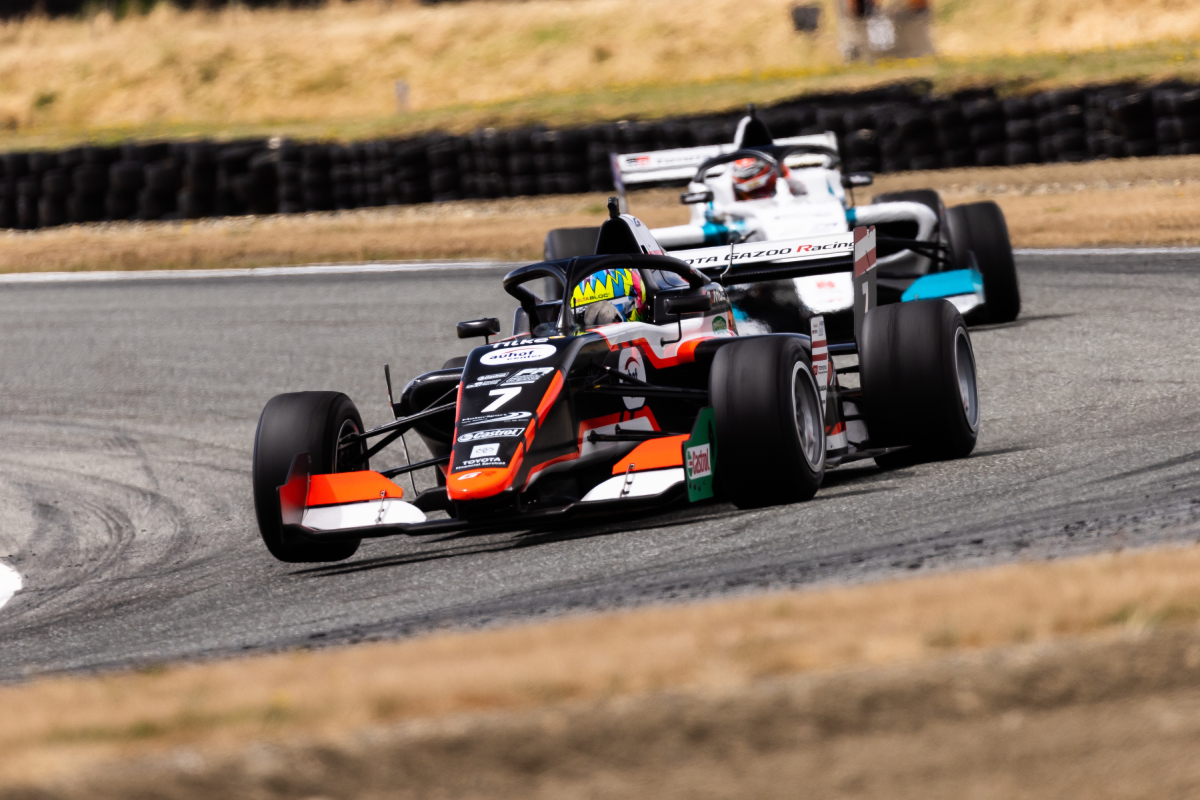 The Austrian started third behind pole-sitter Callum Hedge before taking the chequered flag ahead of the Kiwi by 0.7s after 25 laps of racing.

“We got the start that we wanted to get past Callum. Luck was on our good side with using the clutch off the start line and honestly was what we needed,” said 17-year-old Wurz after his first Formula Regional Oceania win.

“This track has proven difficult to overtake so while my mirrors were full of Callum’s car it was about managing my pace and tyre management.”

Wurz took the lead at the start ahead of Hedge falling to second, the pair going on to run nose to tail throughout.

The duo dominated the race, finishing 15.9s clear of third-placed Jacob Abel as the American lost around a second a lap to the pair ahead for much of the encounter.

Abel was only 0.3s clear of Josh Mason in fourth at the finish, with James Penrose in fifth nipping at his heels.

Having started ninth, Ryder Quinn rose to seventh, inheriting a place after the chequered flag courtesy of a penalty for Highlands race winner David Morales.

Morales had crossed the line in sixth but fell to ninth in the final classification as a result of a five-second time penalty for a jump start.

Liam Sceats took sixth as a result, with eighth going to Ryan Shehan.

Behind Morales, the 13-car field was rounded out by Chloe Chambers, Tom McLennan, Lucas Fecury, and Bree Morris.

The Formula Regional Oceania field faces 25 lap race on Sunday ahead of a 30 lap ‘Spirit of a Nation Cup’ later in the day.

Both are preceded by another qualifying session at the 2.5km circuit which commences at 10:15 local time.