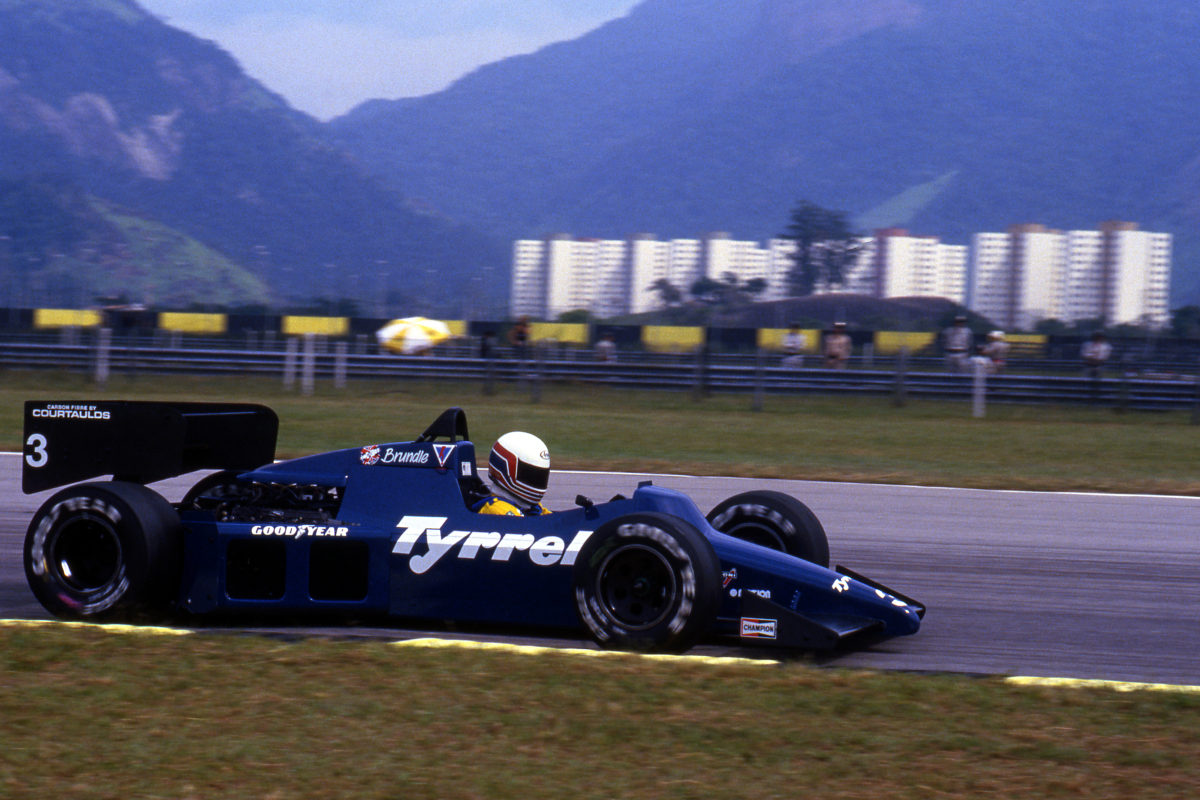 Former F1 driver Martin Brundle has offered an insight into what it was like to race in the 1980s.

Brundle made his Formula 1 debut with Tyrrell in 1984 at the height of the sport’s turbo era.

It’s a period the 63-year-old remembers fondly as he explains the technical and physical nature of the sport.

“Part of your job was to keep your car on the track,” Brundle explained.

“If you arrived into a corner, in the right gear, pointing in the right direction, carrying a nice bit of speed through the apex, that’s kind of a win on that corner.

“Now, if the drivers brake a metre too early, that’s a fail.

“The tolerances have moved dramatically, the drivers of today are much more precise – we didn’t have the ability to be that precise because the cars were so physical.”

Another key difference, he explains, was the way drivers approached qualifying.

While modern rules see cars enter parc ferme, limiting what teams can change after the fact, in the 1980s there were no such limits.

Brundle likened that point to effectively having two cars in one, with qualifying rubber and massive power gains for a single flying lap.

Managing that transition, he reasoned, is what set the likes of Ayrton Senna apart from his peers.

Brundle retired from F1 at the end of the 1996 season, amassing a total of nine podiums after driving for the likes of Williams, McLaren, Benetton, Tyrrell, Brabham, and Jordan.

Upon his retirement, he moved into broadcasting where he has proved a popular commentator and pundit ever since.