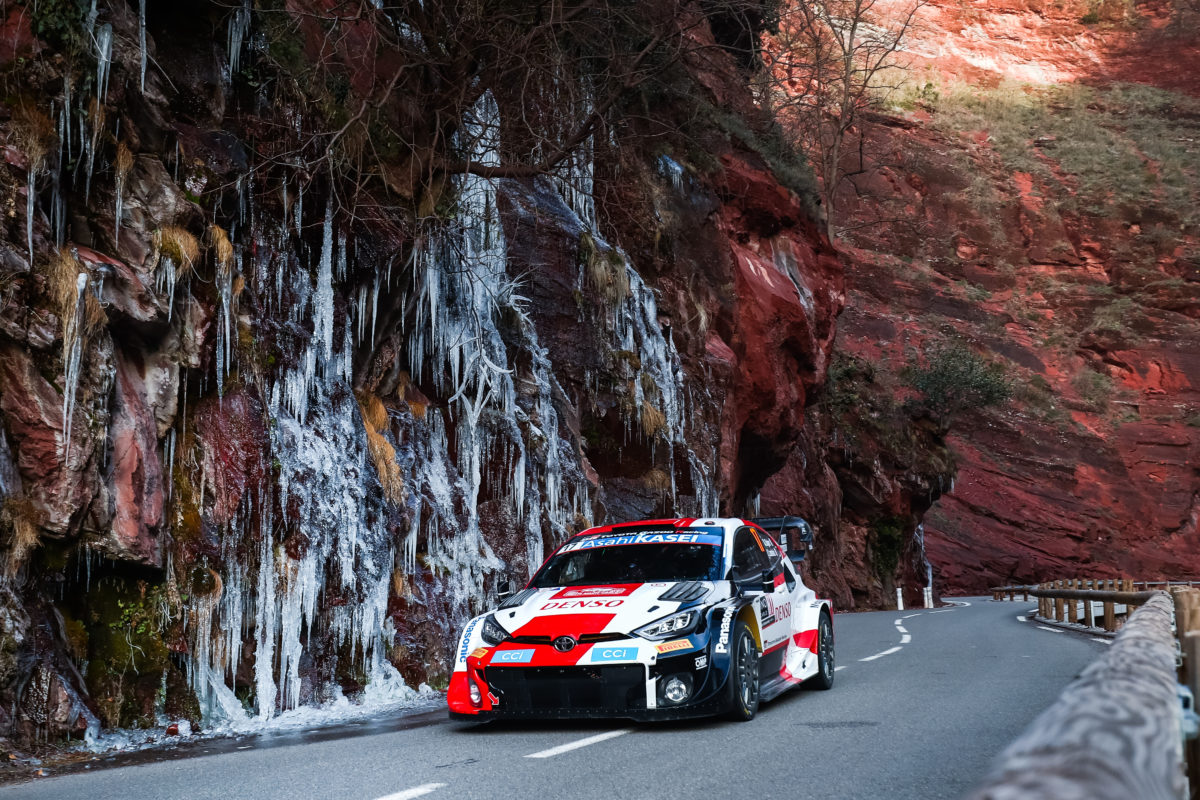 Sebastien Ogier is a third of the way to making it a record-extending ninth Rallye Monte-Carlo victory after completing the first full day of competition with a resounding 36-second lead in his Toyota Yaris.

After topping the timesheets following two runs in the dark on Thursday evening – the traditional precursor to the rest of the weekend – the forthright Frenchman picked up where he left off on Friday.

In his second part-time programme with the all-conquering Japanese manufacturer, Ogier simply blew away the World Rally Championship’s chasing Rally1 pack in a display that was its fastest, purest, best.

Ogier – who heralds from France’s Gap region where a large chunk of the glitzy, mixed-surface season-opener is based – enjoyed scratch times on four of Friday’s six special stages alongside Vincent Landais.

The day was not without its problems, however, as an issue with the hybrid system on Ogier’s car late in the morning loop meant that he was forced to ‘drive flat-out to try and compensate for it’.

Luckily for him, Toyota engineers managed to apply a cure during remote service at lunch and it was a case of business as usual thereafter, the buffer between the top two staying north of 30 seconds.

“I am very satisfied,” said Ogier.

“Obviously, the risk of punctures was higher in this [final stage] one, so I took it a bit easy. I am just happy to bring the car home tonight.”

Helped through a combination of good fortune – chiefly escaping heavy contact with an Armco barrier on the outside of a corner that inflicted cosmetic and not mechanical damage to his GR Yaris Rally1 – and the mistakes of others, Kalle Rovanpera finds himself occupying the runner-up spot after Friday by 1.9 seconds from Thierry Neuville.

If he can hold station until Sunday afternoon and bag eighteen points plus any extra on the end-of-rally Power Stage then it will surely feel like a victory for the 22-year-old Finnish sensation.

It was the third Yaris belonging to Elfyn Evans that initially took the fight to Ogier in the hills north of Monte-Carlo, only for the British driver’s charge to be stymied by a right rear puncture on the final morning test. It came before the tyre change zone in Puget-Théniers and cost him the best part of forty seconds.

After overcoming an early electrical glitch on Thursday evening that made fifth gear redundant, a trial-and-error process with the set-up of his M-Sport Ford-run car has kept him in the hunt for silverware.

The Estonian is currently 16 seconds in arrears of Hyundai Motorsport’s Neuville who, despite battling with front-end turn in grip on his I20 N Rally1 car, climbed from fourth to second in the space of three stages. His clean and tidy approach meant he inevitably made way for a committed Rovanpera but with Saturday’s route is the longest of the rally at 111.78 kilometres, everything is still up for grabs.

Spain’s Dani Sordo – considered an asphalt specialist – spent most of Friday trying not to overheat the shoes on his I20 N Rally1, and struggling to work out exactly where the five drivers in front of him were managing to find those precious few extra tenths every kilometre that he could not.

Seventh – and the meat in a Hyundai Motorsport sandwich – is Japan’s Takamoto Katsuta. The Toyota Gazoo Racing Junior ace is comfortably clear of the final points-scoring I20 N Rally of Esapekka Lappi who, like Sordo, has been desperately searching to find the sweet spot with his Korean supermini.