Acura on top at Roar in Daytona

Acura on top at Roar in Daytona 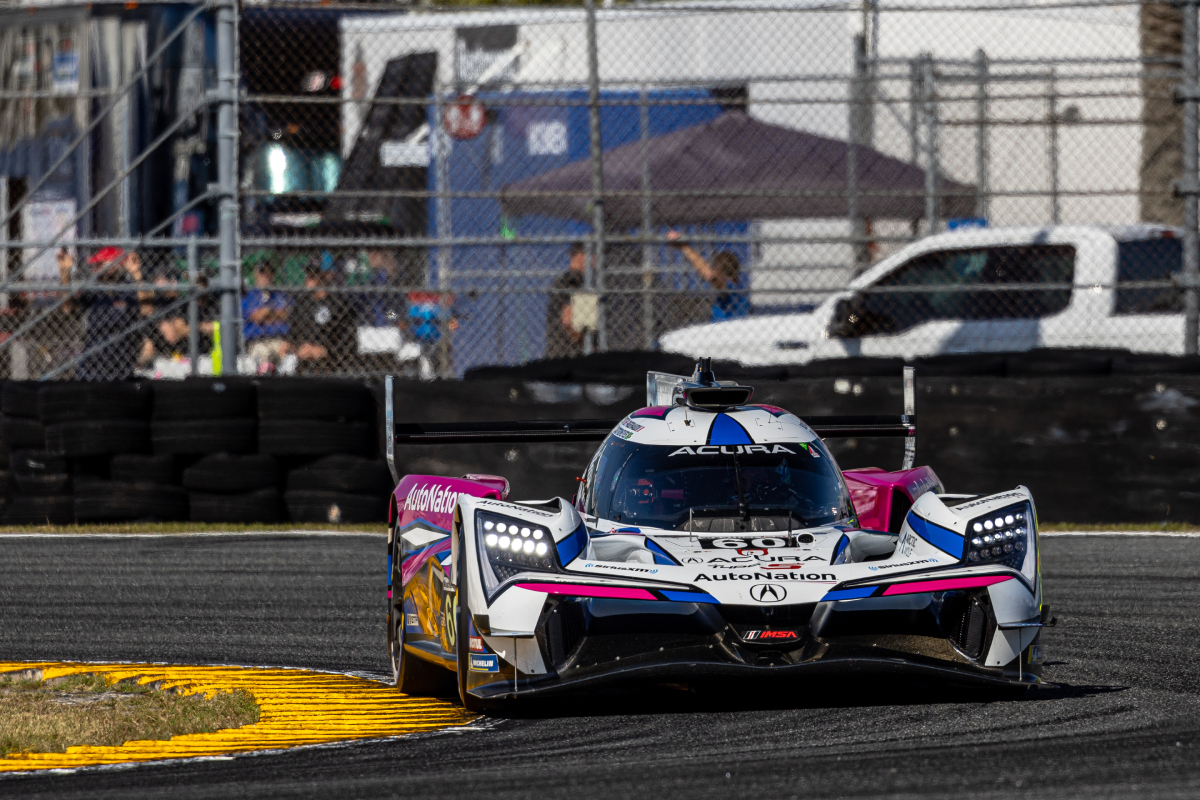 Acura has topped the opening day of running at the Roar Before The 24 in Daytona with the #60 ARX-06 fastest in both sessions.

The day’s second-best time went to another Acura ARX-06 with Filipe Albuquerque mustering a 1:35.320s in the #10 Konica Minolta entry which also boasts Kiwi Brendon Hartley among its driver roster.

Campbell’s effort from the opening practice session was a 1:35.776s in the #7 Porsche 963, a time that couldn’t be bettered by co-driver Michael Christensen later in the day.

Scott Dixon posted the third fastest time to end the day with the #01 Cadillac Racing effort logging a 1:35.585s – an almost 1.5s improvement on the car’s earlier pace.

In LMP2, the #11 TDS Racing Oreca proved fastest with a 1:38.730s set in the second session, while Scott McLaughlin logged the fifth-best time in class for Tower Motorsports in Practice 2.

The #55 Proton Competition Oreca, which boasts Australian James Allen among its ranks, was 10th in class in the second session after setting the fifth-best time in the earlier outing.

Cameron Shields was fastest in LMP3 aboard the #38 Performance Tech Motorsports Ligier in opening practice before the entry slipped to eighth in class later on.

The SunEnergy1 effort piloted by Fabian Schiller was the fastest of the GTD runners in Session 2, his 1:47.020s quicker than the leading GTD Pro lap set by Ben Barnicoat who mustered a 1:47.040s in the same session.

However, the fastest lap set by any GTD class entry came earlier in the day, with Andy Lally logging a 1:47.004s for Magnus Racing in the #44 Aston Martin.

The opening practice session was an interrupted affair with three red flags.

Two of those were for LMP3 class runners, notably the #17 Duqueine and #74 Ligier respectively before the GTD Class Corvette driven by Ricky Taylor rolled to a halt on the apron after the chicane on the back straight.

There were no such interruptions in the second session which ran its scheduled 105 minutes trouble-free.

Three sessions are set to follow on Saturday, one of which will take place at night, as the Roar Before The 24 continues in Daytona.