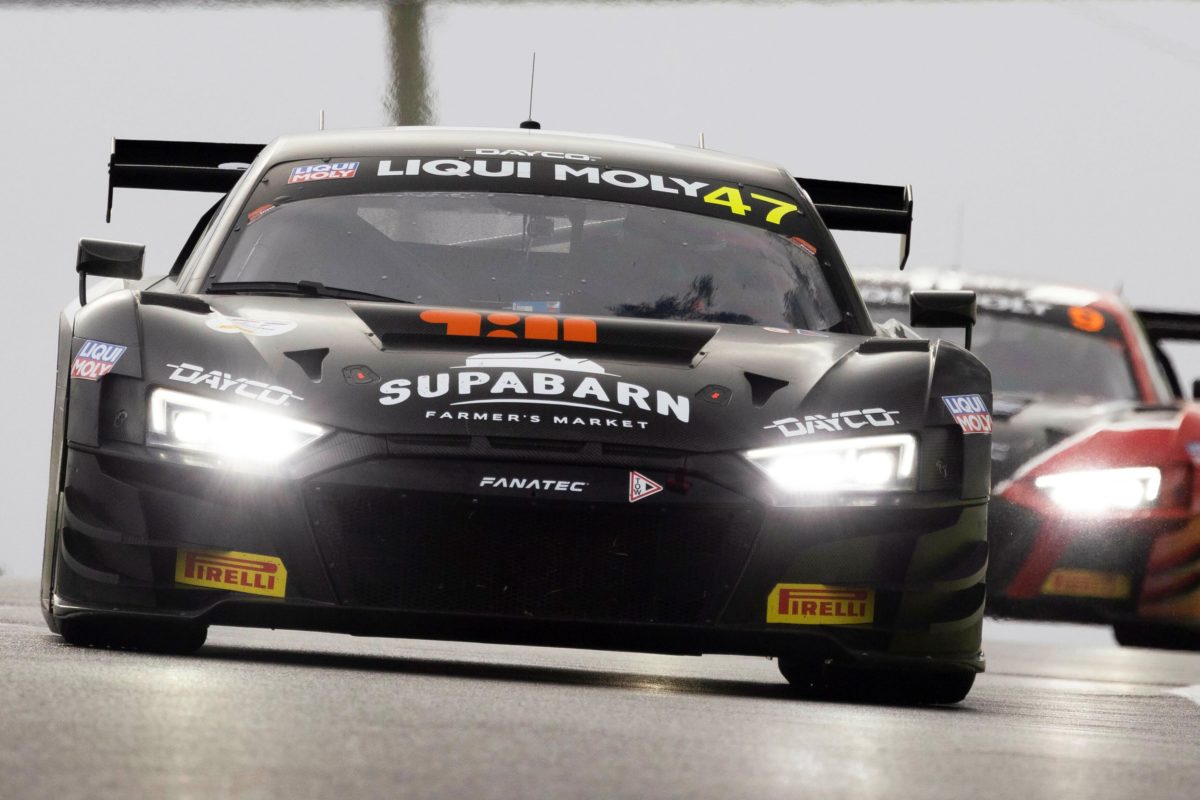 Audi has announced the suite of R8 drivers for this year’s Liqui Moly Bathurst 12 Hour, including a comeback to motorsport for Jonathon Webb.

There will be a total of seven vehicles from the Ingolstadt marque in the race, all being the R8 LMS GT3 evo II, with one in the Pro class and three each in Pro-Am and Silver, most of which will be run by Melbourne Performance Centre.

That includes the #74 Audi Sport Team MPC entry which will be piloted by an all-factory trio of Mattia Drudi, Christopher Haase, and Patric Niederhauser.

Audi’s announcement also confirms that PremiAir Racing’s James Golding will drive the Pro-Am #55 Schumacher Motorsport Fuchs Racing entry which Supercars’ newest team is running for Brad Schumacher himself, with Frederic Vervisch named as the factory steerer in the crew.

2016 Bathurst 12 Hour winner Webb will drive the #47 Supabarn Team MPC entry with David Russell, James Koundouris, and Theo Koundouris; while a PremiAir and Tekno Autosports Supercars co-driver in Dylan O’Keeffe is set to line up with Andre Fawcet and Daniel Gaunt in the #10 Myland Team IMS car.

Both of those are Silver class entries as is the #65 Team MPC Audi, pending announcement of the third driver, given only Liam Talbot and Fraser Ross have been confirmed thus far.

“For our local MPC partners, the race is a first-class sporting challenge just as it is for us,” said Chris Reinke, Head of Audi Sport customer racing.

“Already traditionally, MPC is represented at Bathurst with a strong, competitive base of customers.

Audi has won the Bathurst 12 Hour three times, most recently in 2018 with Team WRT, which is now a BMW squad and will field two M4 GT3s in this year’s race, including one to be driven by Valentino Rossi.

The event begins on Friday, February 3.