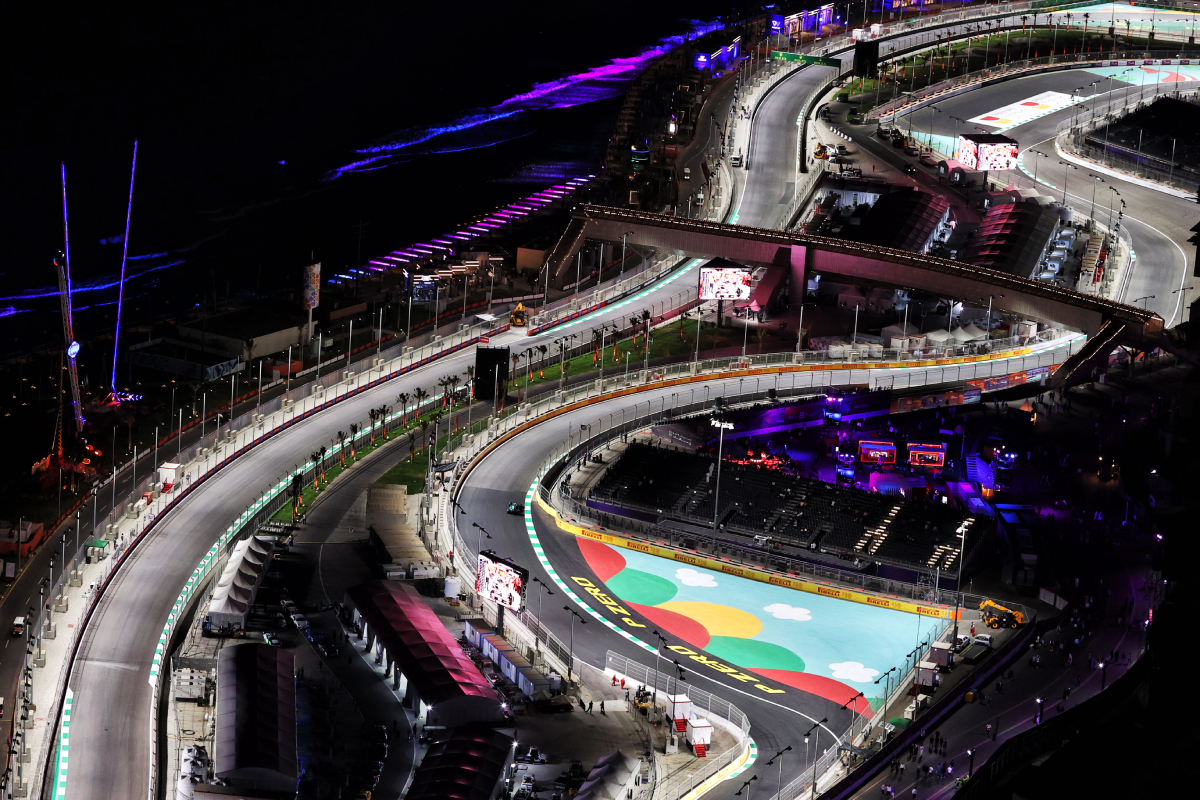 Jeddah will remain the home of Formula 1 in Saudi Arabia with the grand prix to continue at the Jeddah Corniche Street Circuit until 2027.

A new venue is set to be constructed in Qiddiya with a view to hosting both Formula 1 and MotoGP, the latter having signed a memorandum of understanding to race at the new circuit once ready.

However, that is not expected to be ready until at least 2027 with Saudi Motorsport Company boss Martin Whitaker explaining the Formula 1 event will remain in Jeddah in the interim.

“It’s important that we future-proof the Jeddah track and for this reason we have again been working with the FIA and Formula 1 to ensure that we have a circuit that will allow us to stage the sport in Jeddah while work begins on the track in Qiddiya,” said Whitaker

“The Qiddiya automotive centre is being designed to lead the world in Formula 1 circuit design and entertainment.

“A unique and exciting project, Qiddiya will be a location that everyone will want to visit but right now and in the immediate future the focus and eyes of the world will be on Jeddah and the Red Sea coastline in the month of March.”

Saudi Arabia will host the second round of this year’s Formula 1 season on March 17-19.

However, that slot is likely to change for 2024 due to Ramadan, which was set to see Australia inherit the opening round.

That plan changed, with the Australian event understood to have swapped its opening round status for a two-year contract extension announced last month.

It’s believed the 2024 season will start in Saudi Arabia with March 3 the most likely date.

“This year Ramadan starts three days after our race but next year it moves to the earlier dates of March 10 to April 9, 2024,” said Whitaker.

“Obviously, because of the sanctity of Ramadan it would be impossible to host a grand prix during that time, but ultimately any decision on the timings of the race next year is in the hands of Formula 1 and the FIA, so we are waiting for clarification from the promoter and governing body with regards to our 2024 date.

“As usual this will not be announced until much later in the year.”

For this year’s F1 race in Saudi Arabia, revisions have been made to the circuit once again in an attempt to open sight lines and improve safety at the high-speed street circuit.