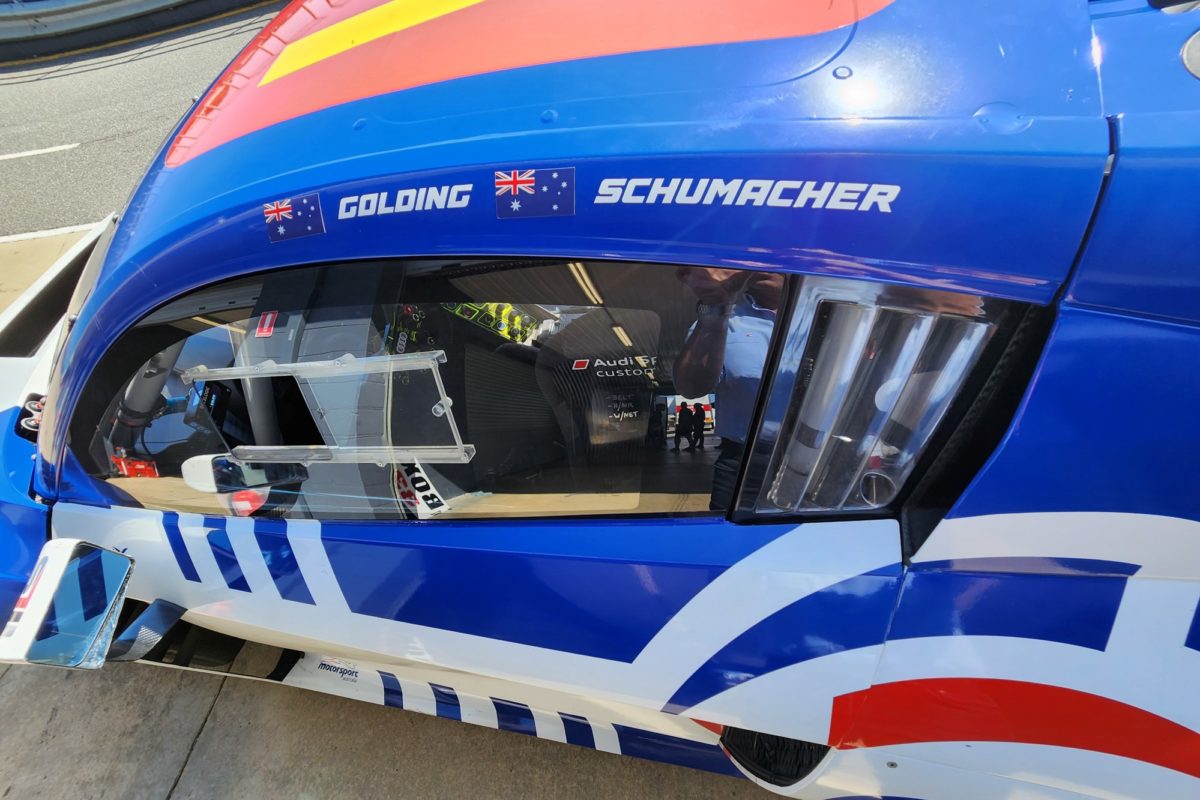 James Golding has tested the Schumacher Motorsport Audi which PremiAir Racing will run in next month’s Liqui Moly Bathurst 12 Hour.

Golding and Brad Schumacher himself, a regular in GT World Challenge Australia, both cut laps today at Phillip Island, where Triple Eight Race Engineering was also set to test in preparation for the Mount Panorama GT enduro.

While their presence at the test is a strong indication of who will drive the Schumacher R8 LMS GT3 evo II, the driving crew has not yet been confirmed.

Factory Audi driver Kelvin van der Linde had been in the frame to complete the trio, but has now been called up to drive in Abt’s Formula E team after Robin Frijns’ crash in recent days in Mexico City left him needing surgery.

A social media post from PremiAir Racing read, “It has undoubtedly been a big day for us here at Phillip Island, with Jimmy Golding and Brad Schumacher making the most of their time here testing the Fuchs Lubricants Racing Audi R8 LMS evo II ahead of our Bathurst 12 Hour tilt!

“And while you might think our driver line-up for the 12 Hour looks pretty obvious, we can tell you we have a surprise announcement, so stay tuned!”

Triple Eight ran both of its Mercedes-AMGs at Phillip Island today, as it did two days earlier at The Bend, when Richie Stanaway cut his first laps for the team ahead of his Bathurst 12 Hour campaign with Jamie Whincup and Prince Jefri Ibrahim.

Wall Racing was also in action at the Victorian circuit with its Silver class Lamborghini Huracan, which will be driven by Tony D’Alberto, David Wall himself, Grant Denyer, and Adrian Deitz.

Schumacher Motorsport is one of three Audi entries in an eight-strong Pro-Am class, with a total of 22 GT3 vehicles set to contest the event.