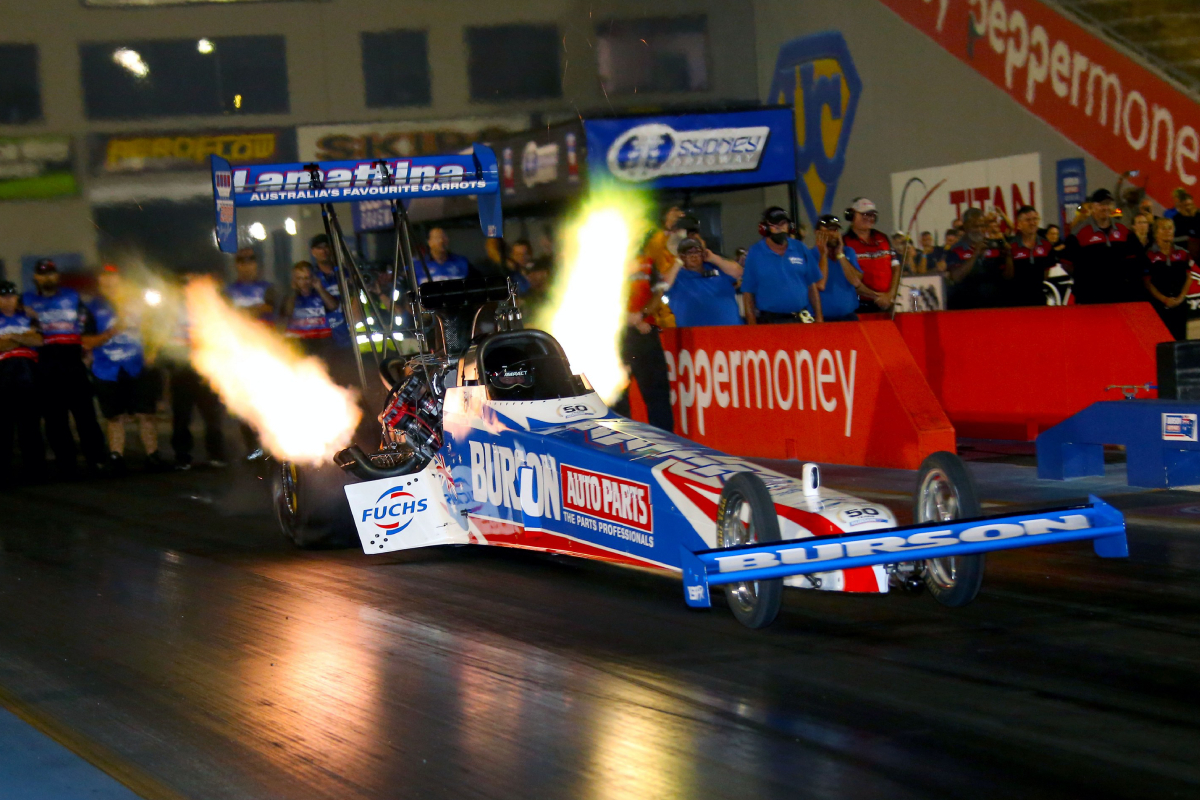 Entries have sold out for a drag racing event that will celebrate the life of Sam Fenech at Sydney Dragway.

Over 200 teams have entered the Atlantic Oils Top Fuel Slam event, which is set to be held on January 27-28.

The fixture will double as Round 4 of the 2022/2023 Burson Auto Parts Australian Top Fuel Championship.

The event will celebrate Fenech, who lost his life at Willowbank Raceway on January 7.

The death of the popular 55-year-old resulted in tributes flowing in from the motorsport community.

“The entire drag racing community is devastated at the passing of Sam Fenech, so together with Burson Auto Parts and Atlantic Oils, we wanted to make this Australia Day weekend event an opportunity for the racing community to really come together,” promoter Nathan Prendergast said.

“Free-of-charge competitor entry and drastically reduced spectator ticketing have been introduced to make sure this event is as accessible as possible so we can fill Sydney Dragway and appropriately pay our respects to one of the greats of the drag racing scene.

“The response has been phenomenal with entries now sold out and spectator tickets flying out the door.

“Together, we will ensure that January 27 and 28 is a fitting tribute to Sam with exciting drag racing action and a number of special moments in his honour as we remember him in a way that would make him smile – at the track, racing with friends.”

Spectator ticket prices for the event have also been slashed to encourage the community to join the celebration of Fenech’s life.

Fenech will be laid to rest leading up to the event, with a separate service to be held at Sydney Dragway on January 24.