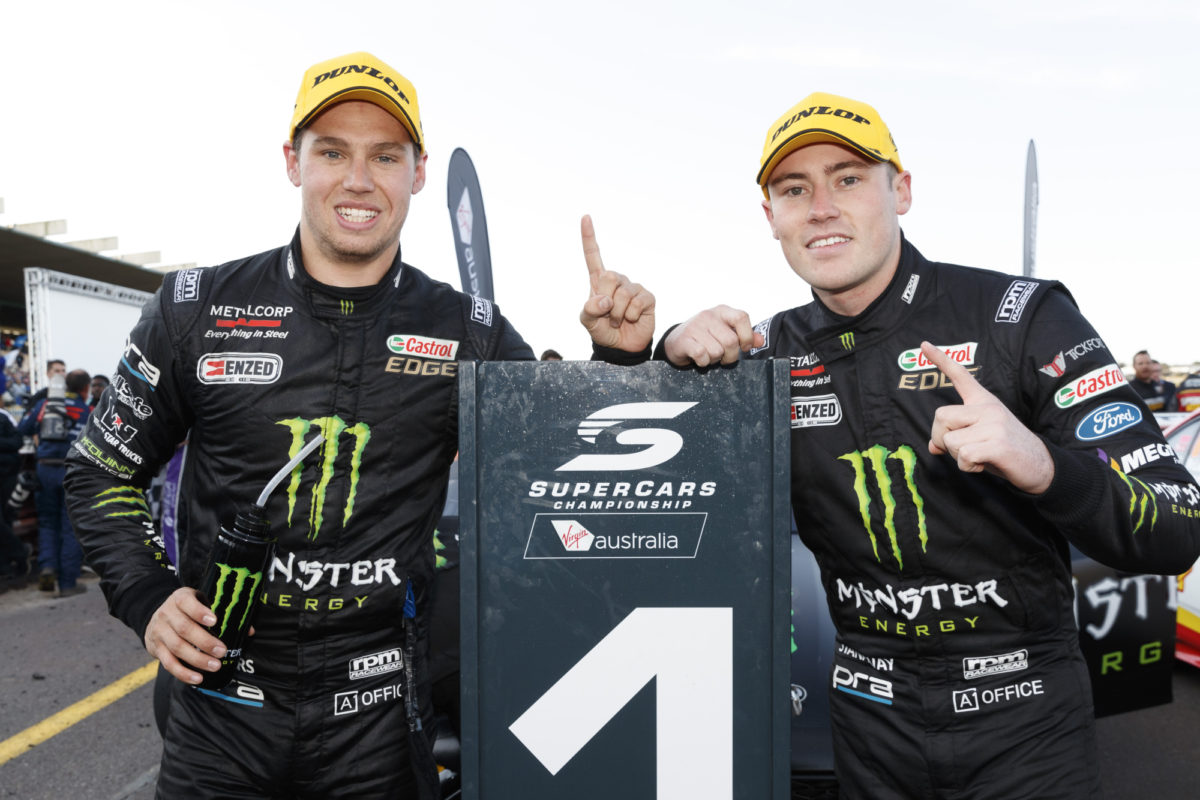 Waters and Stanaway shared victory in the 2017 Sandown 500 in the #6 Tickford Racing Ford Falcon FGX in what is the most significant Supercars victory for either driver’s career so far.

The news came off the back of Stanaway’s successful return to Supercars at October’s Great Race, where he finished 11th driving with countryman Greg Murphy after an impressive show of speed that secured fifth on the grid for the Kiwi pair.

Stanaway had been on the outer of Supercars pit lane, the former factory Aston Martin driver and F2 race winner having ‘called it a day‘ after only a single full-time season with Garry Rogers Motorsport, which came after Tickford Racing dropped him at the end of 2018 – again, after only the one year in the seat.

“I’m not really too sure why it didn’t work out,” Waters said. “Probably a few reasons, and I think he was probably a little burnt-out from Europe when he tried to do the Supercar thing, but he’s definitely refreshed and a different person … since he’s come back with the wildcard.”

“He’s a very talented driver – I was the one who pushed to put him in the car as a full-time competitor in the championship – he’s got some great talent,” Edwards told Speedcafe.com.

“I think particularly as a co-driver he’ll be fine, because the pressure of not performing or performing is part of it, and how you deal with that pressure, and you don’t have that as a co-driver.”

Stanaway will next race at the 2023 Liqi Moly Bathurst 12 Hour at Mount Panorama on February 3-5.