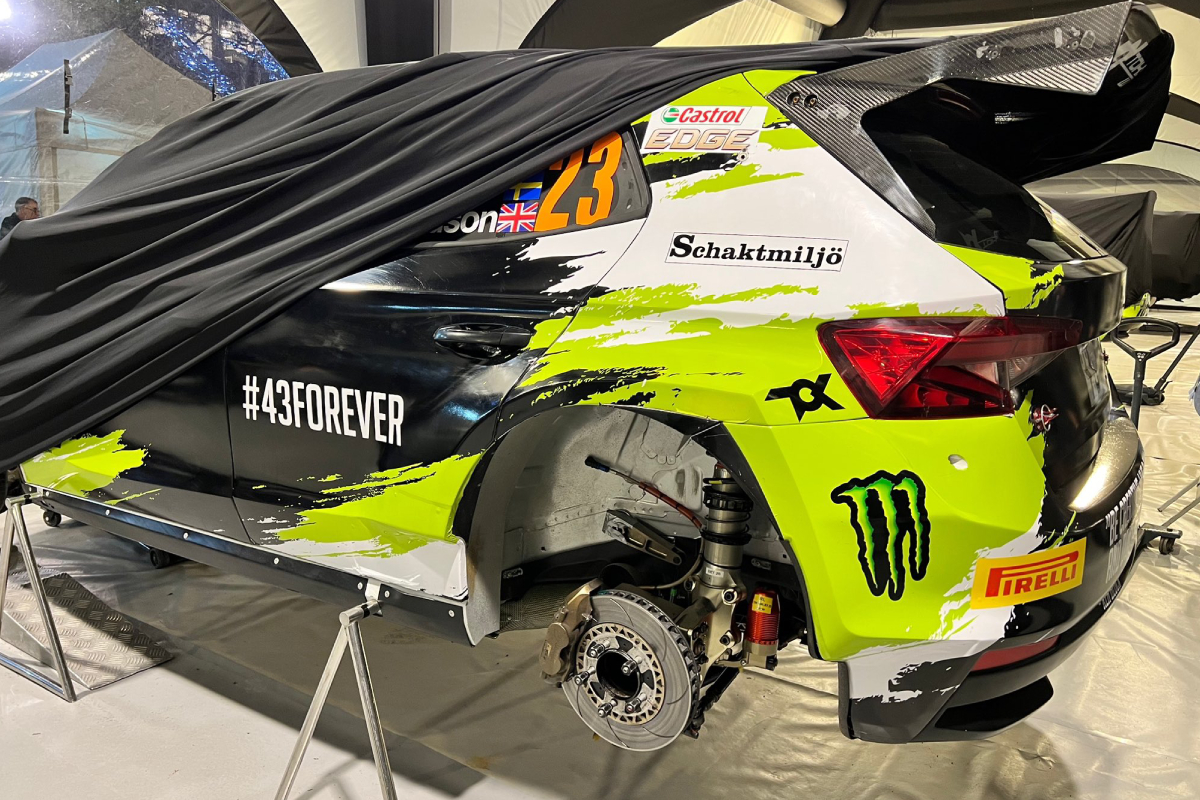 Oliver Solberg will run a tribute to Ken Block at the 2023 FIA World Rally Championship season-opener.

Solberg is running a Block-themed livery on his Skoda Fabia RS Rally2 at Rallye Monte-Carlo this week, following the rally driver’s death in a snowmobile crash on January 2.

Block’s passing resulted in tributes flowing in from the motorsport community, friends and family.

The WRC also paid its respects to Block, by retiring #43 from use in competition this year.

Solberg, who is sponsored by former Block backer Monster Energy, is running a livery that incorporates the trademark black and green design that featured on Block’s rally cars with the addition of #43 forever featured on the rear-door panel.

On the rear bumper of the Skoda is a quote said by Block, when asked what his legacy would be.

“Be creative, live a fun life and don’t be an asshole,” Block replied. 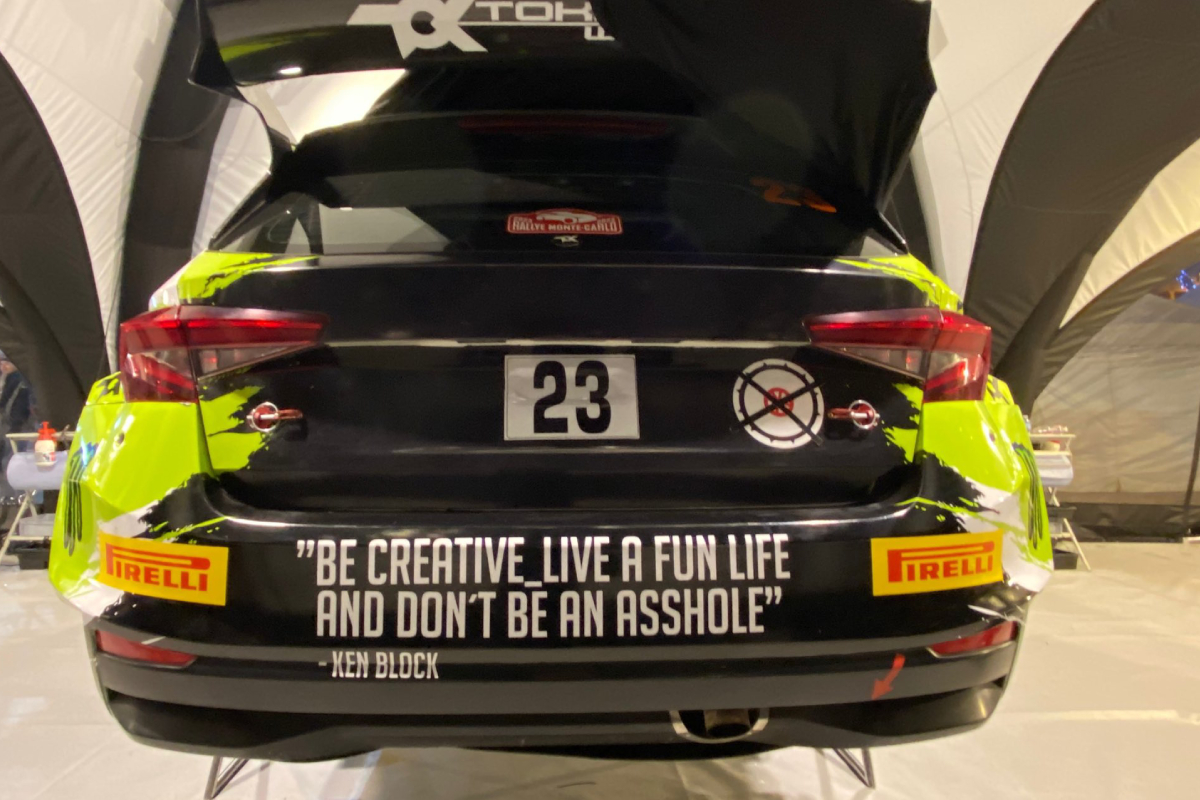 Through the sponsorship arrangement, Solberg had many encounters with Block and paid tribute to him following his passing.

“My hero, my friend, you were a true inspiration and I will be forever grateful for the opportunities and help you gave me,” he posted to social media.

The son of 2003 WRC title winner Petter Solberg, the 21-year-old is competing in WRC2 this year with Toksport, following the non-renewal of his contract with Hyundai Motorsport last year.

It was announced in 2021, that the Swedish-Norwegian rally driver would be promoted to the top-flight of WRC for a part-time campaign in 2022.

His campaign was highlighted by a fourth-place finish at the Ypres Rally, as well as a fifth-place result at his final event – Rally New Zealand.

While he recorded several top-10 results, his 2022 season was hampered by retirements at Rallye Monte-Carlo, Rally Sweden and Croatia Rally respectively.

Solberg was dropped from his seat in the lead-up to Catalunya Rally de Espana, with Hyundai Motorsport President Sean Kim citing a desire to have an experienced driver line-up in 2023.