Miami GP to resurface track ahead of 2023 race

Miami GP to resurface track ahead of 2023 race 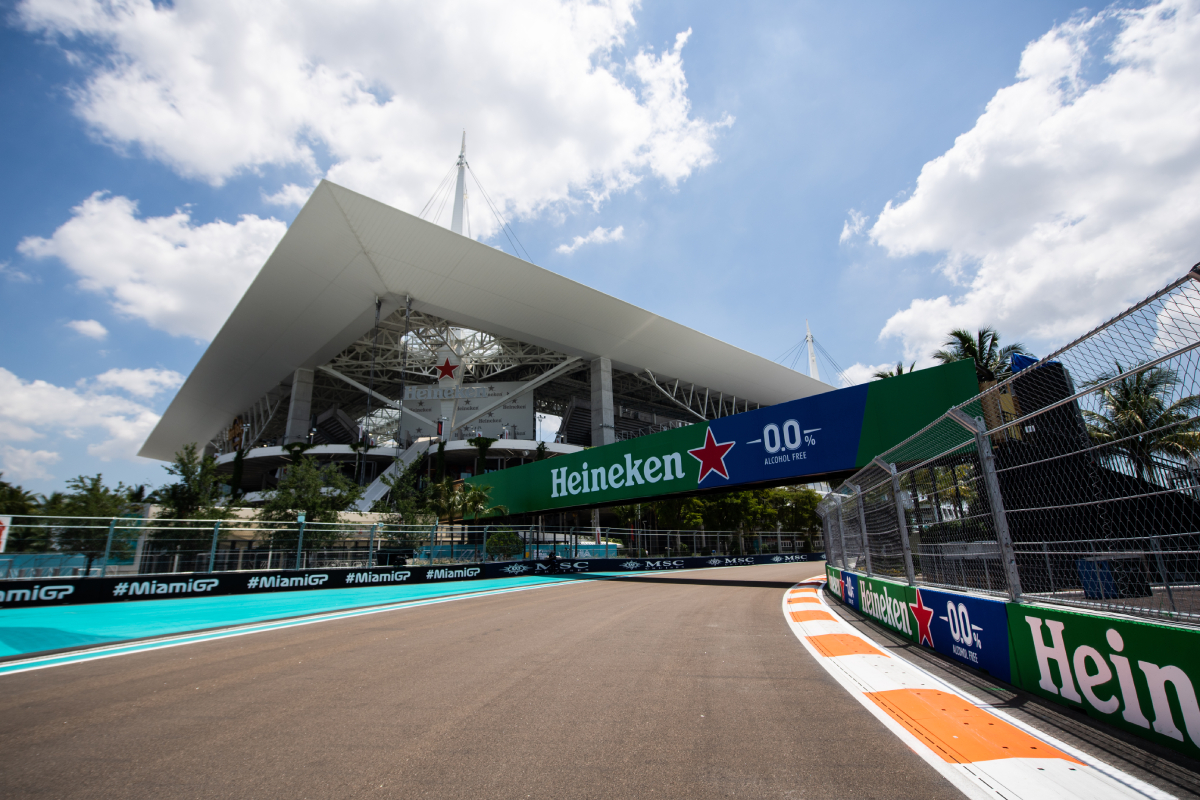 Organisers of the Formula 1 Miami GP have announced they will resurface the Miami International Autodrome prior to the 2023 race.

F1 visited Miami for the first time last year on a circuit built in the shadows of the Hard Rock Stadium, home to the Miami Dolphins NFL team.

The purpose-build facility was not without problems, however, with repairs needed at Turn 7 and Turn 17 even prior to Formula 1 cars taking to the circuit.

Drivers also complained of a lack of grip with Fernando Alonso going so far as to describe the surface as “not F1 standard.”

The tarmac mix used for the track was typical, with limestone unusually added into the aggregate and the track artificially aged in an effort to wash away the oils typically produced on a new track.

However, it quickly became apparent that the tarmac was producing what Alonso described as “gravel” off the racing line – to stray from that was likened to driving on a wet track.

Fears of a processional race followed, though an overnight thunderstorm washed the track and racing on Sunday was better than expected.

In response to those criticisms, the Miami GP organisers have engaged circuit designer Hermann Tilke’s company to resurface the venue.

It’s one of a number of changes to the broader event precinct, with an expanded Formula 1 paddock for teams, which will now include the field within the Hard Rock Stadium, and hospitality for fans.

“After an incredible debut race, we have been working flat-out to ensure the 2023 event is an even greater experience for everyone visiting the Miami International Autodrome,” said Tyler Epp, President of Maini Grand Prix.

“Stephen Ross and Tom Garfinkel are committed to making May’s event a best-in-class experience that is unlike any other Formula 1 race in the world.

“With new and enhanced hospitality experiences, the creation of the F1 Team Village directly on the football field and increased capacity we are expecting our second race to be even bigger and better for the fans, the teams, drivers, partners and everyone in South Florida.”

Beyond the resurfacing, no other changes are being made to the circuit despite concerns from drivers.

Carlos Sainz and Esteban Ocon both crashed at Turn 13 last year, the latter’s impact cracking the Alpine chassis in a 51G impact.

Drivers called for changes to the concrete wall at that corner only for those calls to be ignored, prompting Lando Norris to describe the situation as “a joke”.

Turn 13 is part of a tight complex midway around the lap, a section that came under particular criticism from drivers.

“I think this place could be an amazing circuit if that sector had a rethink,” Mercedes’ George Russell opined.

“I don’t think any driver finds that four-corner sequence enjoyable and it doesn’t bring anything. It won’t improve overtaking, it’s not enjoyable to drive.

“This has the potential to be a really great track to drive if they found a slightly different layout there.”