Roland’s View: I’m no fan of the biggest change in MotoGP history

Roland’s View: I’m no fan of the biggest change in MotoGP history 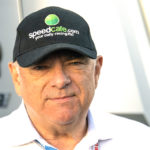 I’m an unashamed motorcycle racing fan. I’ve loved bikes since I was a teenager and have followed the sport closely since the mid-1970s. In fact, the single real regret of my motorsports career is that I never got involved at team level in the two-wheeled world.

I’ve enjoyed watching the evolution of the bikes and the riding styles in all the classes for many years, but in 2023 the main class of MotoGP will undergo the biggest change in the weekend format since the inception of the World Championship in 1949 and I’m not at all sure that I’m a fan of this.

This season MotoGP will run Sprint races on the Saturday of every event. These will be half the distance of the main Sunday race and will have 50 percent points awarded down to ninth place (as opposed to down to 15th for the GP itself). The grids will be identical for both the Sprint race and the GP, based on the same qualifying system as has been used for the last decade or so.

This major change and departure from tradition is clearly and unashamedly aimed at boosting the flagging numbers of both television viewers and also live attendees in many markets over the last couple of seasons.

But, for me, this is a drastic change that can potentially have huge drawbacks and ignores the real reasons for the declining popularity of MotoGP.

The early laps of a MotoGP race often result in riders having spills for a number of reasons – running very closely together, getting caught in other people’s errors, cold tyres etc – and doubling the number of race starts in a season doubles the potential for these incidents. The spills aren’t the issue in themselves but the resulting rider injuries certainly are.

Whilst I don’t want to belittle the injuries that riders can suffer, from a ‘show’ point of view I’d like to see as many of the stars on track for the main event on Sunday. So if several stars are sidelined on Sunday as a result of racing spills on Saturday it’s a big negative. Of course, it’s a risk in this business, but I’m not sure it’s worth doubling that risk and then seeing the lack of a superstar on the grid on the Sunday negatively affecting the viewer and/or attendee numbers.

There are also clearly some cost implications but that’s for the teams to sort out, not us as fans.

Some will say that this risk is apparent in World Superbikes which has run Saturday races for some years now. But WSBK has nothing like the same strength in depth as the MotoGP grid and much of the field is way behind after two turns of the first lap. Harsh but true, without taking anything away from the top three guys in WSBK who are sensational. Plus, the fact that viewer/attendee numbers for WSBK are a fraction of MotoGP so there’s much less to lose.

In my opinion, MotoGP has suffered from flagging numbers due to the (entirely predictable) effect of Valentino Rossi’s retirement and the reduction in side-by-side racing that’s probably a result of the bikes being too good and too well engineered all the way down the grid.

Dorna, the owners of the commercial rights for MotoGP, tried to use a Netflix Drive to Survive-type documentary series, MotoGP Unlimited, to boost ratings. It was filmed in 2021 and shown in 2022. Even though it was actually interesting for a dyed-in-the-wool fan, it wasn’t a success and has subsequently been dropped. There’s lesson in there for Supercars; don’t assume that the DTS template is going to work everywhere – it almost certainly won’t.

To me, the sport should be addressing the core issue and work on improving the racing quality and spectacle. Superstars such as Rossi will come and go and the sport needs to understand that without overreacting. In fact, MotoGP does a great job with social media to promote the riders and, in due course, a new superstar with global appeal will emerge.

Meanwhile, whatever the impediments are that stand in the way of the sort of racing we had five years ago, be they aero devices, tyres, pressures, ride-height adjusters or whatever, change and/or get rid of them without delay and restore the product to its former glory as the best spectacle on wheels. Then the traditional race weekend format won’t need fiddling with.

The parallels with Supercars are clear. Gen3 is designed to improve the product – the look and feel of the racing itself. If the product is good then all the numbers go north. The same applies to MotoGP.

Personally, I think it’s a shame that MotoGP is playing with the tradition of the race weekend format to this extent instead of fixing the real issue. I’ll still be watching, but it’s the broader fan base that they need to re-engage with, not me.