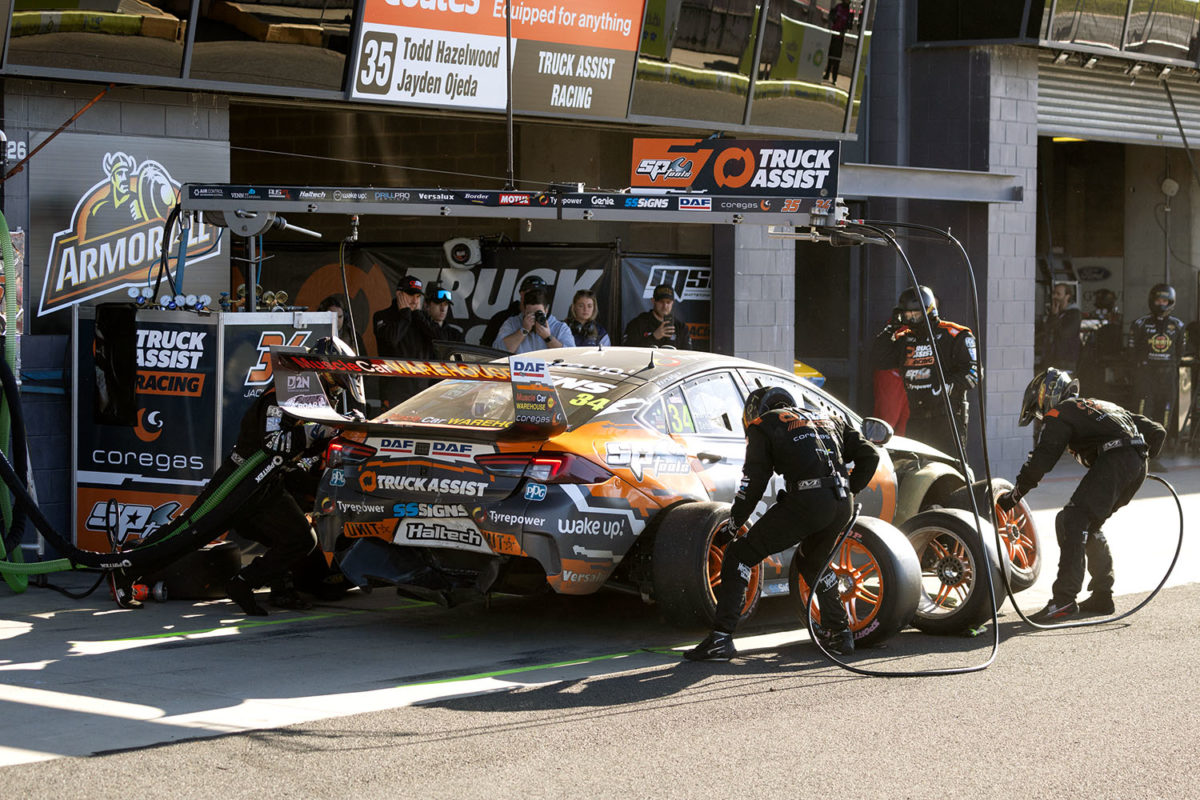 The Gen3 Supercars will run on a new fuel blend

The Gen3 Ford Mustang and Chevrolet Camaro Supercars will run on a new fuel blend, Speedcafe.com has learnt.

After 14 seasons on E85, dating back to the latter years of the Project Blueprint era, the new breed of Supercar will run on E75.

However, the change to the ethanol-unleaded blend is not the only difference.

The non-ethanol component will be partially synthetic, rather than being entirely of fossil fuel origin.

To be clear, there will be no repeat of the infamous ‘jungle juice’ episode of 2013, when two Nissan Altimas and a Mercedes E63 AMG ran on E70 in a shortlived and controversial trial aimed at paritising the new-to-Supercars four-valve engines against the two-valve motors in the Falcons and Commodores.

Awkwardly, the Altimas in question finished one-two in what was Kelly Racing’s first victory as the factory Nissan team, before they and the Erebus Motorsport Mercedes were switched back to E85 on the following day.

In the Gen3 case, both the Mustang and Camaro will run on E75, notwithstanding that the former’s engine features double overhead cams per bank and the latter’s is of pushrod configuration.

To that point, while the Mustang has been at Queensland Raceway today for engine calibration, both engines are understood to have run on E75 during the development of Gen3, including when they were sent to the United States.

The move to a synthetic component is consistent with a trend in global motorsport, although Supercars has in fact been ahead of the curve on non-fossil fuels.

The category has used E85 since 2009, whereas Formula 1 only switched to E10 last year (with the other 90 percent being fossil fuel), ahead of a move to fully sustainable fuel when the new engine ruleset takes effect in 2026.

Similarly, MotoGP will mandate fuel with minimum 40 percent non-fossil fuel origin from 2024, and 100 percent from 2027.

Synthetic fuel is produced by using renewable energy to extract hydrogen from water, before adding carbon dioxide to form hydrocarbons.

HIF Global, which counts Porsche as a shareholder, is set to start building such a plant in Tasmania next year, with operations to commence from 2026.

Supercars declined to comment on the matter when approached by Speedcafe.com.

The category’s first season of Gen3 regulations is set to kick off with the Thrifty Newcastle 500 on March 10-12.